Jumper — a sequel and a quasi-prequel

Jumper — a sequel and a quasi-prequel April 6, 2008 Peter T. Chattaway 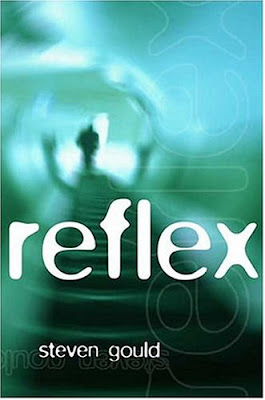 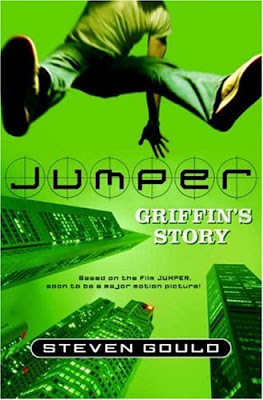 I’m a bit late in posting this, but oh well, here goes: I finally finished reading Reflex, the sequel to the original book version of Jumper, on the flight to Atlanta last week — and it so, so, so rocks.

In many ways, it’s a completely different book from the original: it is told in the third person rather than the first; it gets into all sorts of crazy, paranoid conspiracy-theory stuff that goes way beyond anything hinted at by the first book; and it deals with marriage and similarly mature issues, rather than the basically adolescent parent-child relationships that dominated the first book.

It also takes perfect advantage of certain aspects of “jumping” that were spelled out in the original novel but never really used in the original novel. You would almost think the author, Steven Gould, had written those bits of the original novel simply to set up the sequel — except that the sequel came out 12 whole years later, which, among other things, means the characters are now living within a very different political and technological milieu. A lot of things changed between 1992 and 2004!

I am tempted to say that Reflex might — might — be a better book than Jumper, mainly because it follows a more traditional sort of narrative arc, without feeling episodic or without tossing in some out-of-the-blue surprises like the first book did. The sequel holds together, is what I guess I’m saying, without feeling arbitrary in places the way the first book kind of did.

Anyway, it was all I could do to refrain from laughing and cheering as I read the last chapters of Reflex on the plane. Or to refrain from getting openly emotional in other ways, in a couple of places. Yes, it would seem I have really become attached to these characters.

Now here’s where things get a little weird. There is a third book called Jumper: Griffin’s Story. And it, too, is written by Steven Gould. But because the movie and the original books have almost nothing to do with each other, this third book is actually based on the movie and not on the earlier books.

Among other things, this book is a prequel based on a brand new character who was actually invented just for the movie. But because Gould reverts to the first-person technique that he used in the original novel, and because the story is once again about a boy who discovers his power when he is still pretty young — and who later has difficulty opening up to girls, etc. — the book feels awkwardly similar to the original novel.

Admittedly, I have not quite finished the book yet; but I did read all but a couple chapters on the flight home. And what I can say is this: The movie version of Griffin is supposed to be very different from the movie version of Davy, yet the book version of Griffin kept reminding me of the other books’ version of Davy, so I never completely bought the idea that the guy narrating Gould’s book was the same character that Jamie Bell plays in the movie. (Got all that?)

That said, Griffin’s Story does introduce two ideas that I found rather interesting. Whereas Davy keeps photos and videos of his “jump sites”, to help him remember them, Griffin draws sketches, partly because he feels you remember things better when you study them closely. And there is a sequence where Griffin acquires a “jump site” inside an armoured car — and then “jumps” into it when the car is parked in a different location from where it was parked before. I don’t believe Davy ever tried to do that.

Finally, I am puzzled by the tagline on the third book’s cover:

Based on the film JUMPER, soon to be a major motion picture!

Eh? If the book is based on the film, that would seem to put the film in the past, so how can the film still be in the future (“soon to be”, etc.)? True, the third book came out a few months before the movie did, due to differences between the book and movie release schedules. But if the book is based on the film, doesn’t that mean the film is already, well, a film? Or does a film not become “a major motion picture” until it has been released? Help me. I’m confused.

April 7, 2008 The Year One -- anachronism alert?
Recent Comments
1 Comment | Leave a Comment
Browse Our Archives
get the latest updates from
FilmChat
and the Patheos
Entertainment
Channel
POPULAR AT PATHEOS Entertainment
1