Nylons and lipsticks and invitations, oh my!

Nylons and lipsticks and invitations, oh my! May 17, 2008 Peter T. Chattaway 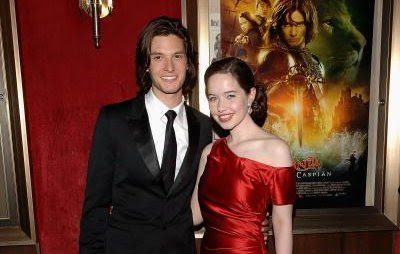 The videos that MTV puts up on its website are inaccessible to Canadians, so I have no idea what happens in this clip, but the written intro alone gives me a chuckle:

We did it last year with “World’s Sexiest Woman” Megan Fox, and now we’re scouting the local shopping scene with another up-and-coming actress. This time we saddled up with “Chronicles of Narnia: Prince Caspian” star Anna Popplewell, who’s reprising her role of older sister Susan for a second time as the film opens today. In the video below, the young star takes us along as she searches for the right dress for the “Prince Caspian” premiere. See the hotness that resulted and then click here to watch all of our “Narnia” video coverage.

Why does this catch my eye? Because of this passage from The Last Battle, the final book in C.S. Lewis’s Narnia series:

“Sir,” said Tirian, when he had greeted all these. “If I have read the chronicle aright, there should be another. Has not your Majesty two sisters? Where is Queen Susan?”

“My sister Susan,” answered Peter shortly and gravely, “is no longer a friend of Narnia.”

“Yes,” said Eustace, “and whenever you’ve tried to get her to come and talk about Narnia or do anything about Narnia, she says, ‘What wonderful memories you have! Fancy your still thinking about all those funny games we used to play when we were children.'”

“Oh Susan!” said Jill. “She’s interested in nothing nowadays except nylons and lipsticks and invitations. She always was a jolly sight too keen on being grown-up.”

“Grown-up, indeed,” said the Lady Polly. “I wish she would grow up. She wasted all her school time wanting to be the age she is now, and she’ll waste all the rest of her life trying to stay that age. Her whole idea is to race on to the silliest time of one’s life as quick as she can and then stop there as long as she can.”

MAY 28 UPDATE: The Daily Mail quotes Popplewell to the effect that “I’m not totally ‘nylons and lipstick’ orientated like Susan” … and then follows her on “her first grown-up fashion shoot”! 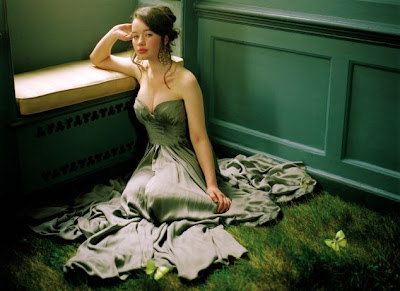 May 17, 2008 Indiana Jones odds and ends.
Recent Comments
0 | Leave a Comment
Browse Our Archives
get the latest updates from
FilmChat
and the Patheos
Entertainment
Channel
POPULAR AT PATHEOS Entertainment
1