Brief notes on the origin of the Terminators.

Brief notes on the origin of the Terminators. July 21, 2008 Peter T. Chattaway

The Clinton News-Record posted an interview the other day with Roland Kickinger, an Austrian bodybuilder turned actor who is apparently going to play the T-800 — the Terminator made famous by Arnold Schwarzenegger — in the upcoming Terminator Salvation. Here is a picture of Kickinger from his website: 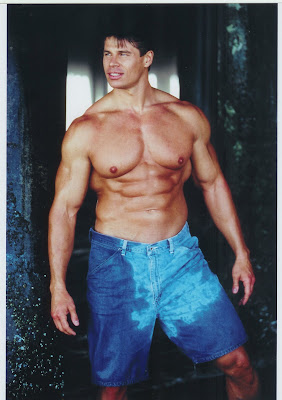 Around the same time, Warner Brothers released this image of Christian Bale as John Connor, apparently pinning a Terminator to the ground with a helicopter: 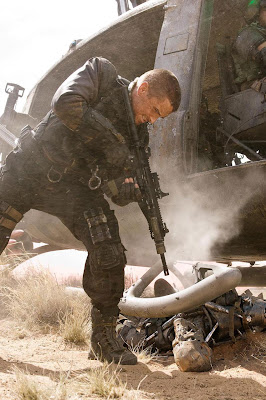 Is the Terminator under Connor’s helicopter a T-800? Maybe, maybe not. There was talk at the movie’s official blog last month about how the film would show the rubber-skinned T-600 models which pre-date the T-800s, so it could be one of those, too — but since there is no skin of any kind on this robot, it is impossible to say which particular model it is supposed to be.

At any rate, the Kickinger interview indicates that at least one T-800 will be included in the film somewhere, and this is rubbing some fans the wrong way, because the new film takes place in 2018, eleven years before Connor won the war on the original timeline and all the time-travel began — and when Kyle Reese came back in time in the original film, he said the T-800s with the organic skin were “new”. 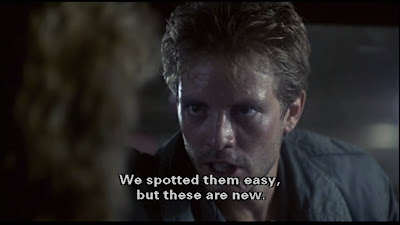 Matters are further confused by Kickinger’s claim that his scenes take place about “20 years before” the various T-800s played by Schwarzenegger were sent back in time. As I just noted, the gap is more like eleven years — one decade, not two.

I certainly share at least some of the concern that the fans may have over keeping continuity with the earlier films, etc., but I think the makers of the new film have a bit more leeway in these matters than some fans might assume.

First, Terminator 2: Judgment Day (1991) established that the machines of the future had already made an incredible technological leap — from the T-800s with organic skin to the T-1000 which is composed entirely of artificially intelligent liquid metal — around the time all the time-travelling began. So how “new” could the T-800s have been, really, by the time Kyle was sent back in 2029? Shouldn’t there be at least a little gap, time-wise, between the development of one model and the development of the other?

Second, the events of T2 have completely changed the timeline, such that the nuclear war which was supposed to begin in 1997 did not begin until six or seven years later, as per the events of Terminator 3: Rise of the Machines (2003). What’s more, the nuclear war was brought about this time not by the gradual development of Skynet out of some Terminator parts that had been left lying around in the 1980s, but by the active intervention of a T-X who was sent back from the future and began spreading computer viruses over the internet, etc. It is possible that she accelerated other things, too, such as the development of the various Terminator models.

That said, I am bothered a little bit by the implication that the T-800 has to look and sound like Schwarzenegger. Kickinger, who played the young Schwarzenegger in the TV-movie See Arnold Run (2005), says he is playing “Arnold’s character in the first Terminator”. And certainly, the fact that Arnold played three different Terminators in three different films fosters the impression that all of these cyborgs look more or less the same — though apparently some look younger than others: 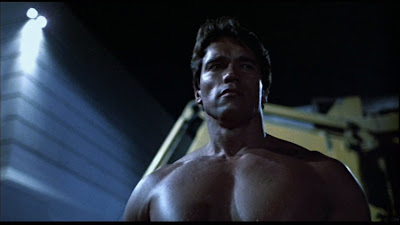 A short clip created for the T3 video game even played with the idea that the T-800 was developed not at some point in the future by Skynet to infiltrate human communities, but today, before the war, by human beings working for the U.S. military. Further, the clip suggested that the T-800 was specifically designed to resemble a character played by Schwarzenegger:

Click here if the video file above doesn’t play properly.

But there’s absolutely no reason the T-800 has to look like the Governator. Within the original film itself, there is a flashback to the future in which we see one other Terminator as it attacks a human base, in the scene where Kyle’s photo of Sarah Connor is accidentally destroyed. And the Terminator in question is played not by Schwarzenegger, but by another bodybuilder named Franco Columbu: 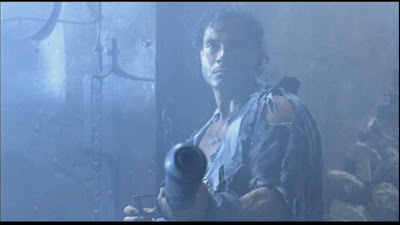 So I hope this film doesn’t go so far as to suggest that all of the T-800s will look like Kickinger. It could, of course, show multiple Kickingers in a single scene, since the earlier sequels have established that Skynet did replicate at least one of their T-800 designs. But it should at least allow for the possibility that other actors can play the T-800, as well.

July 22, 2008 Nihilism, villains, criminals, The Dark Knight.
Recent Comments
2 Comments | Leave a Comment
"I have neither noticed that much. I recenty read a leadership book inspired from Cyrus ..."
Hamid Mortazavi Cyrus the Great — a Persian ..."
""AD" stands for "Anno Domini", a Latin expression meaning "In the Year of Our Lord".So ..."
Peter T Chattaway The Chosen — season one, episode ..."
"Why does it say at the start of episode 3 that it takes place 26 ..."
Desiree Chamberlain The Chosen — season one, episode ..."
"What about Hellboy, The Grudge, Ghoulies, and Anaconda?"
45th Spiderbob Group VGCP When R-rated franchises go PG-13 …
Browse Our Archives
get the latest updates from
FilmChat
and the Patheos
Entertainment
Channel
POPULAR AT PATHEOS Entertainment
1