Yet another Noah’s Ark cartoon brewing? 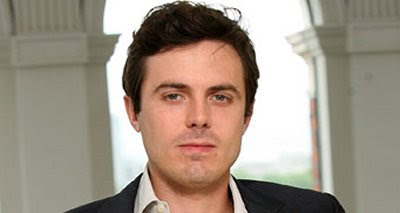 The Hollywood Reporter says Casey Affleck, the Oscar-nominated younger brother of Ben, pitched an animated film called Aardvark Art’s Ark two years ago and is still developing it at Warner Brothers, though a new screenwriter has been brought in to do the rewrites while Affleck takes care of his busy acting career.

The paper says the film concerns “a group of animals who are stranded when they are not chosen to go on Noah’s ark.”

That brings the number of recent and in-development Noah’s Ark cartoons — whether literal or quasi-allegorical — up to six. Other such films that I have noted here include:

And that’s not counting the seemingly defunct projects that were once being developed by Bill Cosby and Walden Media — to say nothing of the recent live-action effort Evan Almighty (2007).

July 29, 2008 Tom Marvolo Riddle through the years.
Recent Comments
5 Comments | Leave a Comment
"What a strange article. Using movies as your basis to defend that Lazarus was murdered ..."
Mark Ross DeFazio The death, resurrection, and second death ..."
"Another with Ethiopian eunuch and Philip https://archive.org/details..."
Jason McKahan Watch: Philip is the original vanishing ..."
"I found Hanky Panky a pretty cool 80s movie when I first saw it on ..."
UniblabBR Sidney Poitier marathon: Hanky Panky (1982) ..."
"In 1972, yes. The movie was made in 1956 but the ratings system didn't exist ..."
Peter T Chattaway One of the reasons I do ..."
Browse Our Archives
get the latest from
FilmChat
Sign up for our newsletter
POPULAR AT PATHEOS Entertainment
1