Will Smith’s Last Pharaoh gets a new writer. 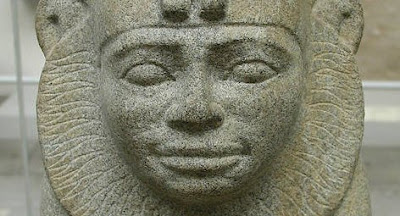 Six months ago, I mentioned that Will Smith was hoping to star in a movie about Taharqa, one of the last Pharaohs of the 25th Dynasty, which is also known as the Nubian Dynasty because its members were of Ethiopian descent and were not quite native Egyptians. (Other foreigners who ruled as Pharaohs at one point or another include the apparently Semitic Hyksos, of the 15th Dynasty, and the Greeks who ruled Egypt for three centuries, from the conquest of Alexander to the death of Cleopatra.)

Tonight, Variety reports that a new writer has been hired to do the screenplay, and it is none other than Randall Wallace, who is best known for his work on historical battle epics like Braveheart (1995; my comments) and Pearl Harbor (2001; my review).

Wallace is an open Christian, and Taharqa seems to make a cameo appearance in the Bible, during the Assyrian king Sennacherib’s invasion of Judah in 701 BC — so a Bible-movie buff like me would obviously hope for a little biblical action here. But alas, it is probably not to be. Variety says the film, which is called The Last Pharaoh, will focus instead on Taharqa’s battles with Sennacherib’s son, Esarhaddon, which began in 677 BC.

Ah well. I’ll be happy just to see Assyrian armies on the big screen. It could make for a nice change of pace from all the Greeks and Romans who tend to dominate the ancient-epic genre.

September 6, 2008
Festivals coming to Vancouver this month.
Next Post

September 8, 2008 Barry Lyndon revisited.
Recent Comments
1 Comment | Leave a Comment
Browse Our Archives
get the latest from
FilmChat
Sign up for our newsletter
POPULAR AT PATHEOS Entertainment
1