Voyage of the Dawn Treader gets a rewrite

Voyage of the Dawn Treader gets a rewrite February 26, 2009 Peter T. Chattaway 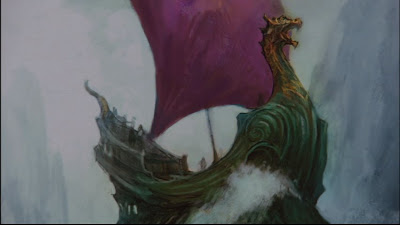 Now, reports Variety, the next draft of The Chronicles of Narnia: The Voyage of the Dawn Treader will be written by Michael Petroni, whose credits include The Dangerous Lives of Altar Boys and Anne Rice’s Queen of the Damned.

Petroni reportedly got the gig because the folks at Fox were impressed with his rewrites of Kevin Lima’s Afterlife and the Julia Roberts vehicle Daniel Isn’t Talking.

Walden Media hopes to start shooting the film in the summer and release it to theatres sometime around Christmas 2010 — five years after The Lion, the Witch and the Wardrobe came out, and right around the same time Warner Brothers plans to release the first part of Harry Potter and the Deathly Hallows.

February 26, 2009 Shake Hands with the Devil comes to U.S.
Recent Comments
0 | Leave a Comment
Browse Our Archives
get the latest updates from
FilmChat
and the Patheos
Entertainment
Channel
POPULAR AT PATHEOS Entertainment
1