Yet another Darwin drama in the works!

Yet another Darwin drama in the works! July 28, 2009 Peter T. Chattaway 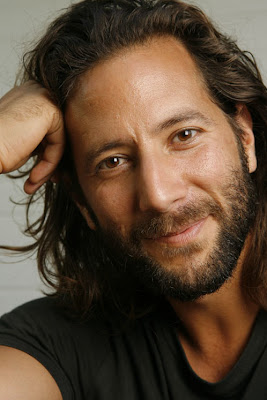 Last week, I mentioned that there were one and maybe two new movies about Charles Darwin coming up in the near future, to coincide with the 200th anniversary of his birth and the 150th anniversary of the publication of On the Origin of Species. Now comes word that yet another movie in that vein is in the works.

National Geographic Television, which is best known for producing documentaries, announced a few days ago that they have just finished principal photography on their first-ever dramatic production, a two-hour movie called Darwin’s Darkest Hour that will air on the PBS series Nova October 6. Like Creation, the upcoming Jon Amiel film based on a book by one of Darwin’s descendants, Darwin’s Darkest Hour will focus on Darwin’s relationships with his dying daughter and his devoutly Christian wife as he struggles to write his famous book.

Incidentally, Charles Darwin himself will be played in this film by Henry Ian Cusick, who is probably best known these days as one of the co-stars on Lost but previously got good notices for his performance as Jesus in The Visual Bible’s adaptation of The Gospel of John. Darwin’s wife Emma will be played by Frances O’Connor, who has starred in such films as Mansfield Park and A.I. Artificial Intelligence.

July 30, 2009 Newsbites: The biblical spin-offs edition!
Recent Comments
0 | Leave a Comment
"I have neither noticed that much. I recenty read a leadership book inspired from Cyrus ..."
Hamid Mortazavi Cyrus the Great — a Persian ..."
""AD" stands for "Anno Domini", a Latin expression meaning "In the Year of Our Lord".So ..."
Peter T Chattaway The Chosen — season one, episode ..."
"Why does it say at the start of episode 3 that it takes place 26 ..."
Desiree Chamberlain The Chosen — season one, episode ..."
"What about Hellboy, The Grudge, Ghoulies, and Anaconda?"
45th Spiderbob Group VGCP When R-rated franchises go PG-13 …
Browse Our Archives
get the latest updates from
FilmChat
and the Patheos
Entertainment
Channel
POPULAR AT PATHEOS Entertainment
1