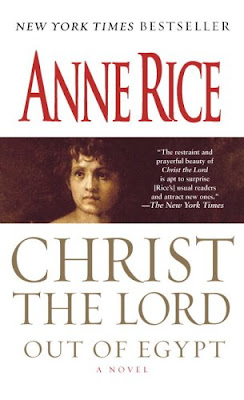 Remember how Anne Rice’s Christ the Lord: Out of Egypt was going to be turned into a film a few years ago? And how the producers sponsored a special section on religion and the movies in Variety magazine? And how Rice and the producers eventually parted ways?

The Boston Globe ran a devastating story on would-be producer David Kirkpatrick over the weekend that focuses primarily on his recent efforts to start a secular movie studio in Massachusetts, but it also sheds some light on what happened to the Anne Rice movie way back when:

The story of the Plymouth studio project has always been a study in optimistic public predictions while, behind the scenes, major players struggled to keep the project going, and sometimes fought among themselves. Since Kirkpatrick’s initial visit to Massachusetts in 2006, he has parted bitterly with at least five collaborators – from the Fitchburg businessman who introduced him to Massachusetts officials to the Good News team to best-selling novelist Anne Rice. Rice had planned to sell Kirkpatrick the rights to her novel “Christ the Lord,’’ which Good News executives were counting on to show that the new company was a force in movie-making. But Rice angrily withdrew when he didn’t pay her.

“David, you broke my heart,’’ she wrote in a scathing e-mail, obtained by the Spotlight Team.

The major constant through the three-year project has been Kirkpatrick himself, who rose from lowly story analyst to become the top movie executive at one of Hollywood’s leading institutions. The charismatic Kirkpatrick has been the face of the Plymouth studio from the start. But he makes little mention of his career’s steep decline since he was ousted from Paramount in 1991. Even some former business partners at Good News said they didn’t know Kirkpatrick had gone through bankruptcy. As far as they knew, Kirkpatrick was still a movie mogul who had accepted Jesus Christ as his savior and wanted to devote his career to creating family-friendly entertainment. . . .

Kirkpatrick recalls his bankruptcy as “a very tough and humbling experience,’’ but he believes it contained the seeds of a better life, a chance to see “what’s important and valuable.’’ In the midst of bankruptcy, Kirkpatrick began working with a group of Christian businessmen who were eager to offer an antidote to the shallow values of Hollywood. Kirkpatrick, who said he once considered the seminary, told his new collaborators that he wanted to share their vision of spiritually uplifting books, movies, and even cellphone messages. “Spiritainment’’ they called it.

On March 21, 2006, Kirkpatrick was professionally reborn. He became one of six cofounders of Good News Holdings, and he began planning his comeback from an office building on the outskirts of Los Angeles. Soon enough he was setting his sights on Plymouth.

This much is true: Good News Holdings did not let Christian humility get in the way of self-promotion.

In March 2007, under Kirkpatrick’s guidance, the company bought a seven-page advertisement starting on the cover of Daily Variety magazine announcing that they were on a quest to feed “audiences’ hunger for a higher vision.’’ A serene-looking Kirkpatrick promised that his company would soon begin filming “Christ the Lord: Out of Egypt,’’ based on the best-selling book by Anne Rice, a born-again Christian who wrote “Interview with the Vampire.’’

Never mind that Good News had no way to pay for the $263,420 advertising package – those bills still haven’t been paid. Good News had less chance of finding the $40 million Kirkpatrick estimated that it would cost to film a movie about Christ on location in Israel. But the publicity of the Kirkpatrick-Rice alliance was valuable, boosting the company’s profile as it prepared to raise funds for its own movie studio in Massachusetts.

Rice withdrew from the “Christ the Lord’’ project a few weeks after the ads ran because, she said, Kirkpatrick repeatedly rebuffed her requests for payment and did not seem to be preparing for movie production. She fired off a scorching e-mail after he began writing her letters that, she felt, were an attempt to bully her.

“As I look back on it now, the entire enterprise on your part looks like a scheme,’’ Rice wrote in an e-mail in May 2007. “Did you have some idea that you could draw me deeper and deeper into the project and then make a demand on me for funds?’’

Kirkpatrick said that the split with Rice was painful, that he eventually attempted to pay her, but too late. Rice, reached by e-mail, declined to comment. . . .

Good News Holdings had at least one other movie project in the works back then, namely an adaptation of a teen horror novel called Dudleytown. At the time, they said the film and the book would come out simultaneously, but in the end, neither project seems to have been completed. The IMDb has no listing for Dudleytown, the movie’s official website is gone, and the Amazon.com page for the book says it was supposed to come out in July 2008, but you still can’t order it; instead, you can only “Sign up to be notified when this item becomes available.”

November 17, 2009 Early medieval Celtic matters.
Recent Comments
1 Comment | Leave a Comment
""AD" stands for "Anno Domini", a Latin expression meaning "In the Year of Our Lord".So ..."
Peter T Chattaway The Chosen — season one, episode ..."
"Why does it say at the start of episode 3 that it takes place 26 ..."
Desiree Chamberlain The Chosen — season one, episode ..."
"What about Hellboy, The Grudge, Ghoulies, and Anaconda?"
45th Spiderbob Group VGCP When R-rated franchises go PG-13 …
"Not yet, but I might do something like that once Season 2 is complete."
Peter T Chattaway The Chosen — season one scripture ..."
Browse Our Archives
get the latest updates from
FilmChat
and the Patheos
Entertainment
Channel
POPULAR AT PATHEOS Entertainment
1