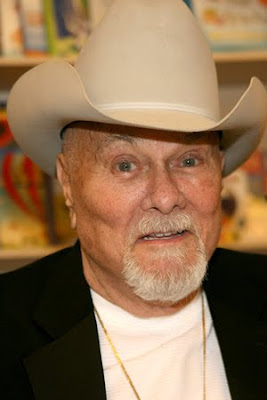 New Testament scholar Marcus Borg once observed that no public speaker ever uses a good line only once. (Actually, Borg has probably observed this more than once — that’s kind of his point!)

Borg made this comment while discussing the fact that there are different versions of some of Jesus’ sayings spread across the gospels. Scholars tend to assume that the differences are due to changes that were put there by one or more of the people who wrote these gospels, and they tend to want to trace these sayings back to some sort of “original” version that was spoken by Jesus himself; but, as Borg hinted, it stands to reason that Jesus spoke many original versions of these sayings as he traveled from town to town, and even that he modified these sayings on occasion to reflect some local or recent circumstance. So, some of the differences may indeed be due to editorial tweaks made by the evangelists, but some of them may also go back to Jesus himself.

I was reminded of that this week when some journalists began digging up their old interviews with Tony Curtis, who died two days ago at the age of 85.

Over on his Facebook page, Roger Ebert pointed readers to this 1985 interview, which he said was his favorite of the ones he did with Curtis. And near the end of that article, there is this bit:

” . . . Let me tell you a story, sort of a parable. One day in 1948 I went to Hollywood. My name was Bernie Schwartz. I signed a contract at Universal, and I bought a house in the hills. It had a swimming pool. Unheated, but it had water in it. One night I came home late, I jumped in the pool, I swam a few laps, I got out, I dried myself off, I put on my clothes, and I walked directly into this room and sat down and started to talk to you. Do you see what I’m saying? Thirty-eight years, I don’t know where they went. Gone like that.”

Meanwhile, Jeffrey Wells re-posted part of this 2000 interview, which ends with this bit:

‘Can I tell you a story, Jeffrey?’ he said, about halfway through our talk. ‘In 1948, when I was 23 or 24, when I first came out here I lived in a house on Fountain Avenue. I rented a room there. And they had a swimming pool. I had an appointment and I got on a trolley car…they were running right down the middle of the freeway back then.

‘Then I got back, I jumped into the pool, I took a shower, got dressed and got into the car, and drove up here to meet you. That’s how quick these 50-fucking-two years have gone…quick as that.’

It’s fascinating to see how these two versions of the story begin and end on such similar notes, and how they vary quite a bit in the middle.

It’s also interesting to see how they contradict each other: in one, Curtis tells Ebert he bought the house with the swimming pool, whereas in the other, he tells Wells that he rented the house — or, rather, that he rented a room in that house. (Of course, this assumes that both Ebert and Wells transcribed their respective interviews accurately.)

In any case, I can’t help imagining that, somewhere, a scholar like John Dominic Crossan might some day compile a book called The Essential Tony Curtis that will feature an ur-version of this story that lends itself to multiple formulations without committing itself to any of them.