Exclusive: Martin Sheen plays a priest in The Vessel, a film produced by Terrence Malick and coming in September

It has been over four decades since Martin Sheen starred in Terrence Malick’s first film, the 1973 classic Badlands. Now the two have reunited, sort of, for The Vessel — a film written and directed by Julio Quintana that counts Malick among its executive producers — and you can watch the first clip from the film below the jump.

The film takes place in a small Latin American town that is still coping with the loss of its children ten years after a tidal wave destroyed the local school. The clip below introduces us to this community — and to a priest played by Sheen, who has been trying in vain to persuade the grieving mothers to have more children:

The filmmakers shot two versions of the film — one in Spanish and one in English — and both versions are coming to theatres on September 16.

Here is the poster for the film: 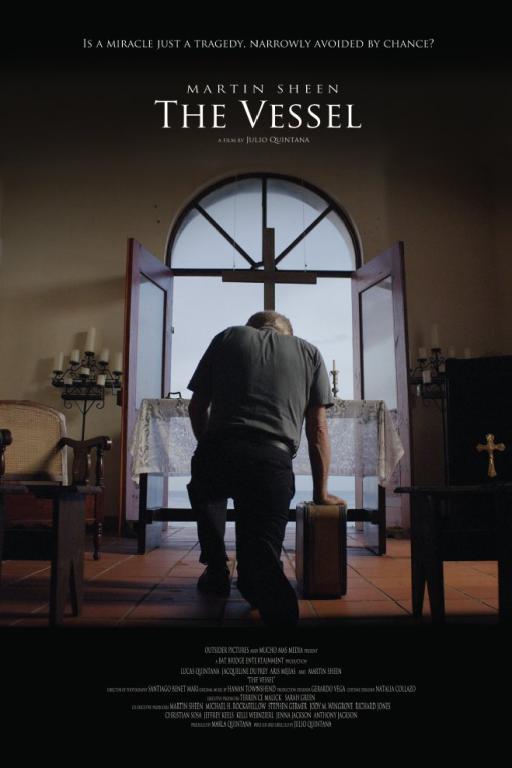 To learn more about the film, check out its website here.

June 21 update: Here is the trailer for the film:

And here is a new poster for the film: 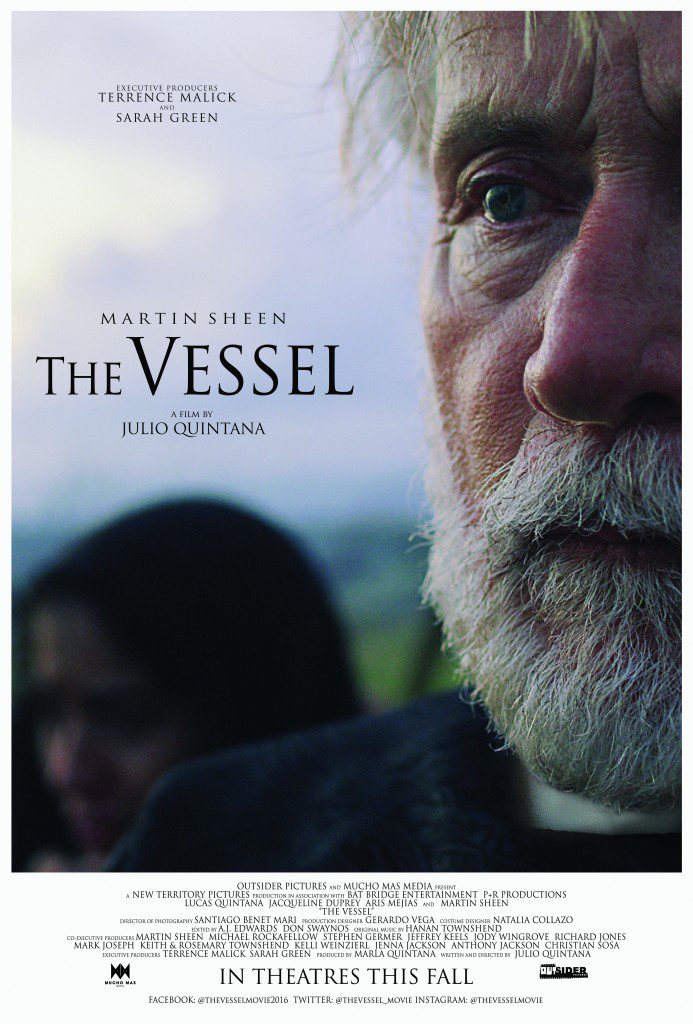 June 16, 2016 Raiders! -- the review's up!
Recent Comments
0 | Leave a Comment
"Animation would uniquely allow the creator to show the genitalia without getting into the waters ..."
Kellen The naked Christ in film: birth, ..."
"Gentlepersons:While I am a lifelong Christ-follower and served as Chaplain to a graduate program in ..."
Darrell A. Harris Exclusive: Patrick and Paul Aiello on ..."
"I know this is from 5 years ago, but I just got around to seeing ..."
digital bookworm Exclusive: Watch the trailer for Becoming ..."
"Thanks so much for making this list. I was thinking of doing something similar, but ..."
Bill Kudrle The Chosen — season one scripture ..."
Browse Our Archives
Related posts from FilmChat