Win a pass to a sneak peek of Queen of Katwe in Vancouver!

Win a pass to a sneak peek of Queen of Katwe in Vancouver! September 19, 2016 Peter T. Chattaway 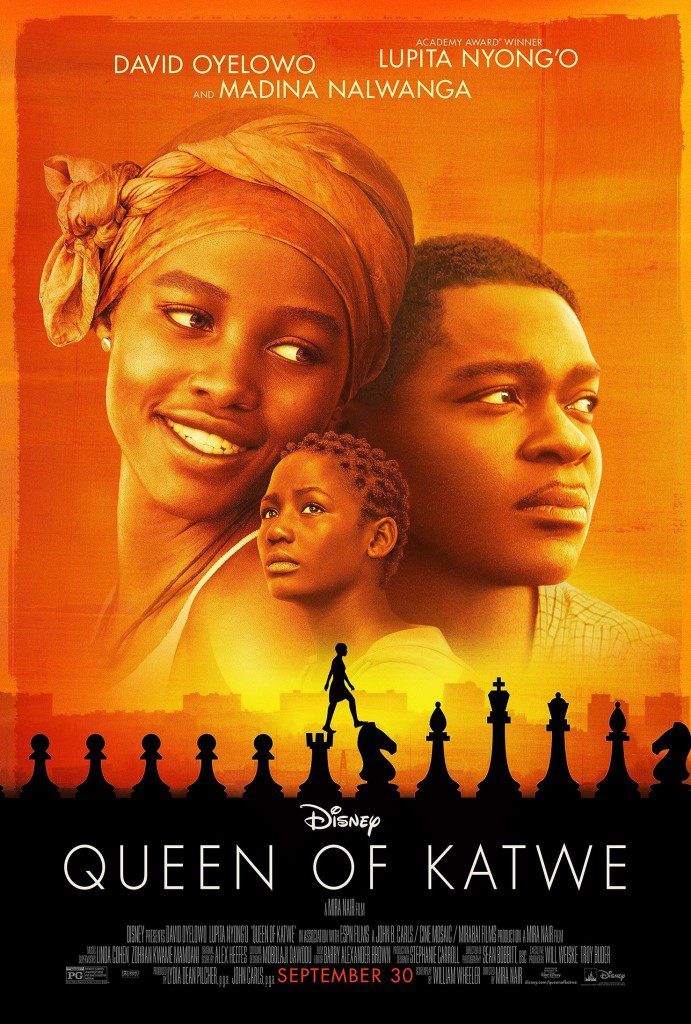 Queen of Katwe tells the true story of Phiona Mutesi, a poor girl from Uganda who becomes an internationally celebrated chess champion with the help of a Christian missionary (played by Selma’s David Oyelowo) — and I’ve got several passes to give away to an advance screening this Thursday, September 22, in Vancouver. Send me an e-mail at filmchatgiveaways@gmail.com and I’ll notify the winners on Wednesday morning — and if there are any passes left over, it’ll be first-come-first-serve to anyone who e-mails me after that. Queen of Katwe is directed by Mira Nair (Monsoon Wedding) and also stars Oscar winner Lupita Nyong’o (12 Years a Slave) as Mutesi’s mother. The film will have a limited release this Friday before going wide September 30.

September 21, 2016 Exclusive: Randy LaHaye on playing the Antichrist, planning his own movie about the Resurrection, and rebooting the Rapture with Vanished | Left Behind: Next Generation
Recent Comments
0 | Leave a Comment
Browse Our Archives
get the latest from
FilmChat
Sign up for our newsletter
Related posts from FilmChat