Watch: The trailer for Martin Scorsese’s Silence, about the persecution of Catholic converts in 17th-century Japan

One of the last movies to enter this year’s awards race is a film that has been brewing for decades. Martin Scorsese first read Shūsaku Endō’s 1966 novel Silence, which concerns the persecution of Catholic converts in 17th-century Japan, nearly 30 years ago, and he has wanted to make a movie version of it ever since. Now, at last, his adaptation is complete, and it looks like it could be a powerful film indeed.

Here is the trailer that Paramount released last night:

The film stars Andrew Garfield (who is currently onscreen in another religion-themed movie set in Japan, i.e. Hacksaw Ridge), Liam Neeson (who played another Jesuit missionary 30 years ago in The Mission), Adam Driver and Ciarán Hinds.

The studio has also released a new poster for the film. Check it out below: 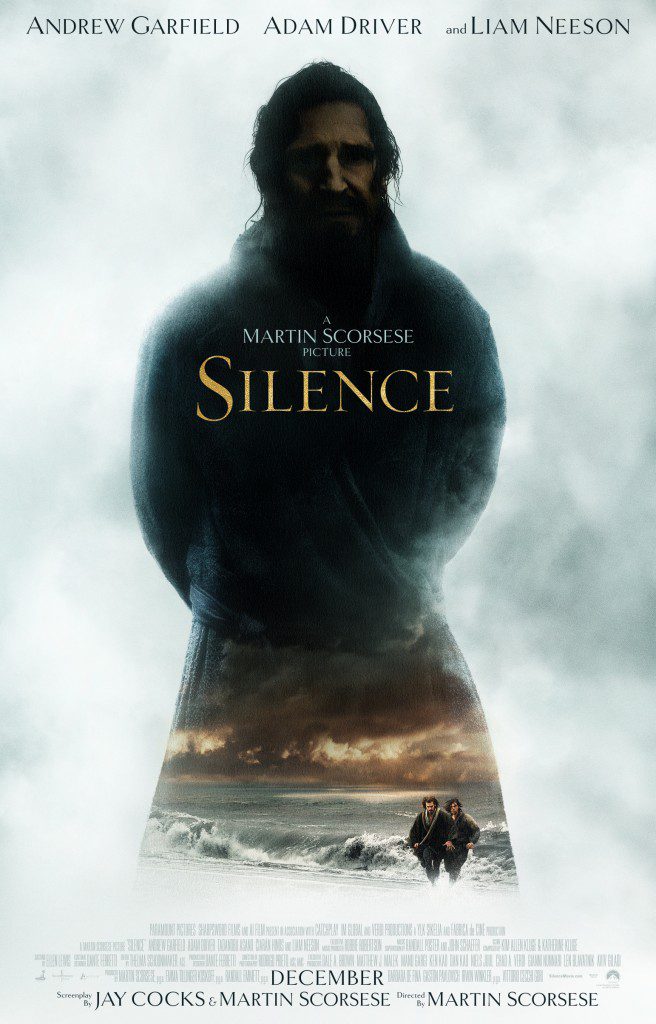 The film will have its world premiere at the Vatican next week and will come to North American theatres December 23. Now that’s one way to celebrate Christmas.

November 22, 2016
New pictures: Aviv Alush as Jesus in The Shack, Joaquin Phoenix as Jesus with Rooney Mara in Mary Magdalene
Next Post

November 27, 2016 Box office: Moana sails to the top of the charts
Recent Comments
0 | Leave a Comment
"This was a refreshing read. I'm an average fan of Hellboy but I'm also a ..."
Andrew Mathews Doug Jones on Hellboy and Christianity.
"Great interview! One thing I've wondered since watching Season 1 is why they didn't include ..."
A.J. Cattapan Interview: The Chosen writer-director Dallas Jenkins ..."
"Earth actually does exist in the Dark City universe. Early in the film when John ..."
Edward Clint Dark City and the ambiguous ending.
"I don't always agree with your opinions, but your reviews are never less than interesting ..."
Laura-Lee Rahn The top-grossing Italian movie of 2019: ..."
Browse Our Archives
Follow Us!