The Passion of the Christ is back — and dubbed in English?

The Passion of the Christ is back — and dubbed in English? February 4, 2017 Peter T. Chattaway 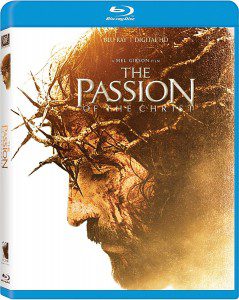 At the time, it was widely reported that Gibson was so committed to these ancient languages — and to keeping us focused on the visual and visceral experience of Christ’s suffering — that he thought about releasing the film without subtitles.

But in the end he relented — with one significant exception, namely the scene in which the Jewish leaders say that the blood of Jesus will be on their heads and on the heads of their children, a la Matthew 27:25. Because that verse has often been cited to justify anti-Semitism, and because many people were accusing Gibson and his film of anti-Semitism, Gibson decided to let that line go untranslated.

Now comes word that a new version of The Passion is coming to Blu-Ray on Tuesday — and this time, in addition to the audio commentaries that came with earlier editions of the film, it will also have English, Spanish and Portuguese audio dubs.

First, did Mel Gibson himself oversee the dubbing of these films at all?

Second, did the original actors participate in these dubs? If so, are these new dubs, or have they been sitting on a shelf for thirteen years?

And third, what will happen with the Matthew 27:25 scene? In the subtitled version of the film, it was possible to “hide” that verse and its anti-Semitic overtones by simply declining to translate it; to the average viewer who did not know Aramaic, the crowd was yelling nothing in particular. But now that all the dialogue is being dubbed into English (and Spanish, and Portuguese), will that line be dubbed clearly too?

I guess we’ll find out when the Blu-Ray comes out on Tuesday.

February 3, 2017
Watch: Sam Worthington talks to God in the first clip from The Shack, plus a new music video from the film
Next Post

February 12, 2017 Watch: Hillsong United's new music video for The Shack
Recent Comments
0 | Leave a Comment
"I found Hanky Panky a pretty cool 80s movie when I first saw it on ..."
UniblabBR Sidney Poitier marathon: Hanky Panky (1982) ..."
"In 1972, yes. The movie was made in 1956 but the ratings system didn't exist ..."
Peter T Chattaway One of the reasons I do ..."
"And to think... this movie was rated G? It was."
Bishop One of the reasons I do ..."
"John 7:5 states explicitly that the brothers of Jesus did not believe in him, at ..."
Peter T Chattaway The Chosen starts shooting its second ..."
Browse Our Archives
get the latest from
FilmChat
Sign up for our newsletter
POPULAR AT PATHEOS Entertainment
1