Netflix greenlights one quasi-Jesus series; is another in the works too?

Netflix greenlights one quasi-Jesus series; is another in the works too? November 18, 2017 Peter T. Chattaway

Netflix announced this week that they are going ahead with Messiah, a series set in the present day about a miracle-worker who appears in the Middle East. Netflix also revealed that they have entered into a multi-year development deal with Orange Is the New Black creator Jenji Kohan, who revealed back in June that she is working on a “teen Jesus” series, which many have assumed she was developing for Netflix as well.

The announcement about the Kohan deal made no mention of the “teen Jesus” series, so time will tell what becomes of that. In the meantime, here is the press release for Messiah (the development of which was first revealed back in March):

Hollywood, CA – November 16, 2017 — Netflix, the world’s leading Internet entertainment service, will bring Messiah, an epic suspenseful drama exploring the lines among religion, faith and politics, to its members around the globe in 2019.

Messiah will chronicle the modern world’s reaction to a man who first appears in the Middle East creating a groundswell of followers around him claiming he is the Messiah. Is he sent from God or is he a dangerous fraud bent on dismantling the world’s geopolitical order? In ten hour-long episodes, the story unfolds from multiple points of view, including a young CIA agent, an Israeli Shin Bet officer, a Latino preacher and his Texan daughter, a Palestinian refugee and the media, among others.

The series was created by Michael Petroni (The Chronicles of Narnia: the Voyage of the Dawn Treader, The Book Thief) and brought to Netflix by Petroni and Emmy® award winning producer Mark Burnett, MGM’s President, Television Group & Digital (The Voice, Shark Tank, Survivor and The Bible Series).

Messiah, a Netflix production, will be executive produced by Petroni, who also wrote the first episode. Also executive producing are Burnett and Roma Downey (The Bible Series, Son of God, Ben Hur), Andrew Deane (Industry Entertainment) and James McTeigue (Sense8, V for Vendetta), who will also serve as a director.

“Messiah promises to be a fascinating series for viewers of every faith, and a thrilling drama filled with multi-layered characters set on a global stage,” said Cindy Holland, Vice President, Original Content for Netflix.

Said Petroni, “Messiah will have every viewer asking the question ‘is he or isn’t he?’ How you answer that question may reveal more about you than it does about the show. Messiah challenges us to examine what we believe and why.”

“Messiah is a series that will have the audience asking big questions. What if someone showed up in 2018 amid strange occurrences and was thought to be the Messiah? What would society do? How would the media cover him? Would millions simply quit work? Could governments collapse?” said Downey and Burnett. “It’s a series that could change everything.”

— The picture above is of Burnett and Downey promoting A.D. The Bible Continues (2015). 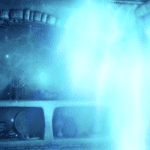 November 15, 2017
A quick note about angels and stars in the Christmas story and The Star
Next Post 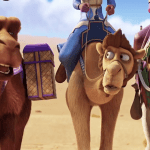 November 19, 2017 Watch: Camels argue over the reason for the Magi's trip in a new clip from The Star
Recent Comments
0 | Leave a Comment
Browse Our Archives
get the latest from
FilmChat
Sign up for our newsletter
POPULAR AT PATHEOS Entertainment
1