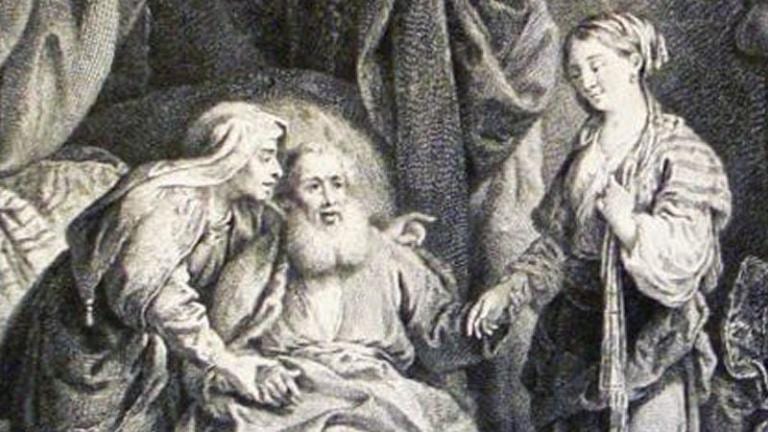 Ever wonder what the story of Abraham, his barren wife Sarah, and their child-bearing slave Hagar would look like in a modern setting? We may be about to find out.

ALLBLK, a streaming service affiliated with AMC Networks, announced yesterday that they have greenlit Covenant, a series in which “characters and stories of the bible are thrust into a vicious dystopia of present-day, real-life situations” — and the pilot episode is going to be a dramatization of the surrogacy story from Genesis.

Here is how the press release puts it:

Los Angeles, CA / New York, NY – February 18, 2021 – A contemporary portrayal of classic biblical tales will soon come to life in a new anthology series greenlit by ALLBLK (www.ALLBLK.tv), the newly rebranded streaming service focused on Black TV and film from AMC Networks. Created by Kaye Singleton (Saints & Sinners, American Soul), Covenant will create a world of thrilling, suspenseful drama where characters and stories of the bible are thrust into a vicious dystopia of present-day, real-life situations. Each episode will reimagine a classic story as it would take place in the modern world – challenging viewers to examine how sacred lessons of faith and love fit into today’s society.

Written by Singleton, Covenant’s pilot episode – “The Promise” – will tell the story of a desperate middle-aged woman who’s fallen into early menopause and risks her marriage to give her much younger husband the child she can no longer conceive. Those familiar with the story will recognize this as the story of Sarah, Hagar, and Abraham; in which God promises Abraham many descendants, but a decade later his wife, Sarah, remains barren. As a result, Sarah offers up her servant, Hagar, to produce children on her behalf. “The Promise” will showcase a 21st century scenario, depicting what happens when we try to take matters into our own hands and manipulate life’s circumstances.

“Part of the mission we aim to fulfill with our original programming slate is our commitment to producing bold, unique and imaginative storytelling,” said Nikki Love, VP of Development and Production for ALLBLK. “Kaye’s entertaining and thought-provoking approach to how she bridges faith and creativity in Covenant will have viewers interpreting lessons of the Bible from a whole new perspective.”

Singleton added, “Covenant is Black Mirror meets The Watchmen with Bible roots. What I love about this series is how it takes stories that have been read, heard, and studied for centuries, and turns them completely on their heads with present-day issues and gripping drama that we all can relate to. Every episode was approached with great care and attention to detail so that whether you’re familiar with the original stories or not, you can still binge and enjoy. I’m extremely grateful to the team at ALLBLK for the opportunity to share these stories with the world.”

Covenant will begin preproduction in March of this year. Singleton will serve as executive producer in association with Road 106 Films alongside ALLBLK executives, Nikki Love and Brett Dismuke.

I’m not sure how easily an ancient story about slaves and concubines can be translated to a “present-day, real-life” context, but the references to Black Mirror, Watchmen and “dystopia” in general intrigue me, as they suggest this series could be taking place in an alternate version of the 21st-century world. Or at least some episodes might.

As ever, we shall see.

In the meantime, the Hagar story has been dramatized in a number of biblical films and TV shows, including 1966’s The Bible: In the Beginning…, 1993’s Abraham, 1996’s Testament: The Bible in Animation, 2000’s In the Beginning and 2013’s The Bible.

See also the Bible Society’s #SheToo podcast series for an interesting discussion of how the Hagar story fits alongside the Bible’s other depictions of non-consensual sex. 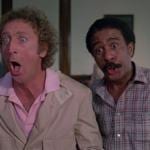 February 22, 2021 Sidney Poitier marathon: Hanky Panky (1982) - Fast Forward (1985)
Recent Comments
0 | Leave a Comment
""AD" stands for "Anno Domini", a Latin expression meaning "In the Year of Our Lord".So ..."
Peter T Chattaway The Chosen — season one, episode ..."
"Why does it say at the start of episode 3 that it takes place 26 ..."
Desiree Chamberlain The Chosen — season one, episode ..."
"What about Hellboy, The Grudge, Ghoulies, and Anaconda?"
45th Spiderbob Group VGCP When R-rated franchises go PG-13 …
"Not yet, but I might do something like that once Season 2 is complete."
Peter T Chattaway The Chosen — season one scripture ..."
Browse Our Archives
get the latest from
FilmChat
Sign up for our newsletter
POPULAR AT PATHEOS Entertainment
1