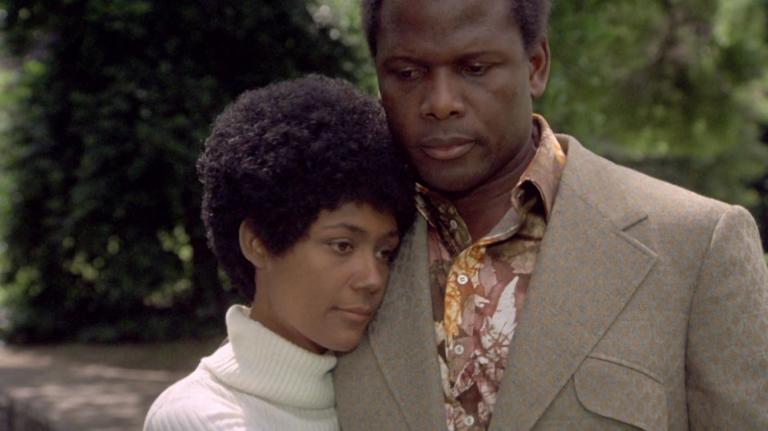 Sidney Poitier spent the 1950s paying his dues and the 1960s solidifying his status as a mainstream Hollywood movie star — and in that capacity, he was usually cast as the one black character who lives and works in a mostly-white environment.

In 1967 alone, he played the black teacher in a mostly-white British high school, the black cop who helps a white small-town police force find the white killer of a white murder victim, and the black man who meets his white fiancee’s white parents for the first time. In 1963’s Lilies of the Field, for which he won the best-actor Oscar, the white characters were arguably outnumbered by the Hispanic characters, but Poitier remained the only black character of any significance.

So it’s striking to see how, by the 1970s, Poitier had taken his stardom and used it to (a) launch his career as a movie director and (b) focus on stories with all- or mostly-black casts. 1972’s Buck and the Preacher, his first directorial effort, put a different spin on the western by focusing on a wagon train of ex-slaves looking for a new home. Poitier’s next two films were in different genres, but continued to express a particular interest in African and/or African-American culture.

A Warm December (1973), for example, is a romance between a widowed African-American man who goes to England for a vacation and falls in love with an African princess/diplomat.

At first, you might think that there is some sort of Hitchcockian intrigue going on here — the woman first meets Poitier when she tries to hide behind him from a man who is following her on the sidewalk — but no, it turns out that there are no villains here, and no big conspiracy. She’s just the kind of person who likes to play mysterious games. (I will confess that the phrase “manic pixie dream girl” flashed through my mind once or twice, though she’s not quite as flighty as all that.)

And the reason she’s playing these games is because (spoiler alert!) she’s sick and doesn’t know how much longer she’ll have to live. So when she and Poitier do get serious about each other, it’s with the knowledge that their affair could be cut very short. (Between her political position and her illness, the fact that their relationship has a time limit attached to it is reminiscent of both Roman Holiday and any of a number of man-falls-for-sick-woman movies, from Love Story to I Still Believe — though it tilts more towards the former kind of movie.)

Along the way, there are glimpses of African culture including a fantastic performance of Miriam Makeba’s ‘Nonqonqo’ by Letta Mbulu. The film is also remarkably casual about the fact that the princess is chummy with representatives of the Soviet Union, who are planning to sell her country a hydroelectric plant. I am sure that that subplot reflects the political reality of post-colonial Africa on some level, but I do wonder how the film’s treatment of it played in the early 1970s.

— The Poitier character’s last name is Younger, just like his character in 1961’s A Raisin in the Sun.

— The princess is played by Esther Anderson, a Jamaican actress and filmmaker who (according to her Wikipedia page, though the IMDb does not confirm this) had already served as a producer on 1972’s The Harder They Fall. (The two lead characters are from the United States and Africa, respectively, but — given that Poitier was from the Bahamas — both of the actors playing them were from the West Indies.)

— The first time Poitier and Anderson are about to sleep together, there’s an amusing bit where she nervously rattles off a list of facts about her nation and its resources while he begins to stroke her, and finally she says, “So if you don’t stop doing that, I’m going to fall apart.”

— Anderson was 27 when the film came out, just like her character. Poitier was 46; I don’t believe his character’s age is ever specified, though he is a widower with a young daughter.

— Poitier tells his daughter that Anderson is suffering from sickle cell anemia, a genetic disorder that he characterizes as “a black disease” because it affects people of African descent far more often than other demographic groups. Wikipedia says it also occurs “relatively frequently” in parts of India and the Arabian Peninsula.

— Anderson is 27 and worried that she could die at any time; her mother died of the disease at 22, and the only reassurance Poitier can give her is that some patients have been known to live into their 30s. Does that reflect the actual life expectancy at that time? A quick bit of Googling indicates that a 1994 study found that the median life expectancy for women with sickle cell anemia was 48 — did it get better over the years?

— Anderson’s character befriends Poitier’s daughter, and there is a scene where they go for a walk and talk about brassieres and how you know when you’re in love, etc. So does this film pass the Bechdel test? It’s another striking example, in any case, of the agency or breathing room that Poitier gives to his female co-stars.

All but one of Poitier’s subsequent directorial efforts were comedies, starting with Uptown Saturday Night (1974), which was the first of four collaborations with Bill Cosby.

Poitier and Cosby play friends who pay a visit to an illegal, after-hours nightclub on the night that it just happens to be robbed. Poitier and Cosby lose their wallets in the robbery, which is bad enough, but Poitier discovers afterwards that his wallet had a winning lottery ticket — so he gets Cosby to help him track down the thieves who robbed the club.

The plot is basically an excuse for a series of cameos, some of which, like Richard Pryor’s as a private detective, are kind of pointless, but others, like Roscoe Lee Browne’s as a code-switching congressman or Flip Wilson’s as a preacher who goes on and on about “loose lips”, are hilarious. (Browne’s scene is easily the funniest in the whole film. I sat up and paid attention in a way that I never did during any other scene.) Harry Belafonte also turns up as a mobster whose raspy voice and padded cheeks are an obvious riff on 1972’s The Godfather.

I can’t say the film is particularly funny where the two leads are concerned, though. Poitier, in particular, seems to be trying too hard to prove that he can be a funny guy — and you can’t help wondering how he might have fared in a role like this if he had been directed by someone other than himself.

— When someone says that President Truman coined the expression “If you can’t stand the heat, get out of the kitchen” in 1952, Cosby replies, “That’s right, I was in the kitchen when he said it.” Cosby was born in 1937 and would have been 15 in 1952 — but Truman was quoted using that expression, or versions of it, as early as 1942, when he was just a senator (and Cosby was 5).

— This time in LGBT references: Poitier studies some of the men walking down the street to see if any of them might be the robbers. Most of the men frown at him in reply, but one sticks out his tongue and waves coquettishly, which prompts Poitier to do a double-take.

— One gangster does a karate chop through a table, reflecting perhaps the increased visibility of martial-arts movies during this period (Bruce Lee’s most popular films came out 1971-1973).

— Reunions: This was the last Poitier film to co-star Belafonte (after 1972’s Buck and the Preacher) and Lincoln Kilpatrick (after 1969’s The Lost Man and 1971’s Brother John), and it was the first Poitier film to co-star Bill Cosby, Calvin Lockhart and Richard Pryor, all of whom would work with him again (though Poitier stayed behind the camera for his only other collaboration with Pryor).

The image above shows Esther Anderson and Sidney Poitier in A Warm December. 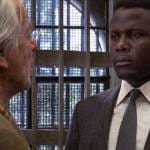 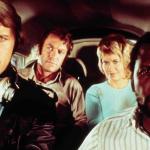 February 18, 2021 Sidney Poitier marathon: The Wilby Conspiracy (1975) - Let's Do It Again (1975) - A Piece of the Action (1977)
Recent Comments
0 | Leave a Comment
""AD" stands for "Anno Domini", a Latin expression meaning "In the Year of Our Lord".So ..."
Peter T Chattaway The Chosen — season one, episode ..."
"Why does it say at the start of episode 3 that it takes place 26 ..."
Desiree Chamberlain The Chosen — season one, episode ..."
"What about Hellboy, The Grudge, Ghoulies, and Anaconda?"
45th Spiderbob Group VGCP When R-rated franchises go PG-13 …
"Not yet, but I might do something like that once Season 2 is complete."
Peter T Chattaway The Chosen — season one scripture ..."
Browse Our Archives
get the latest updates from
FilmChat
and the Patheos
Entertainment
Channel
POPULAR AT PATHEOS Entertainment
1