Looking for Signs in All the Wrong Places

During my freshman year of college, a guy I knew was walking to class, and not at all questioning his life choices, when the headless body of a freshly killed dove landed at his feet. Looking up, he noticed an owl in the top branches of a nearby tree, glaring malevolently at him.

I’d be inclined to assume the incident was exaggerated in the retelling, except there were witnesses: The people around him were like, “Dude… that owl just threw a dead bird at you,” which made the situation even more unsettling for him.

It’s one thing to unexpectedly see an owl (“Neat! An owl!”), or to come across a random bird carcass (“Aww, poor little fella”), but to have said nocturnal predator lob said remains at him at noon on a Tuesday was a wee bit too much. He was convinced it was an omen, and months later, after a series of unfortunate decisions led to him flunking out and moving back home, he was like, “You know, I really should’ve paid more attention to what the owl was trying to tell me.”

I think about that guy a lot, especially when the Pagans get themselves worked up about signs. Like when a woman posted to one of the lists a few years ago, vibrating with excitement. As her story unfolded, we learned that she’d found a shed snakeskin on her porch, and another in her backyard. Later, she spied a small garden snake curled up in the shade under a bush.

“It means you’ve got snakes,” the rest of us replied.

“Well, I know that,” she said, pulling off the considerable stunt of rolling her eyes through text without even bothering with emojis. “But what does it mean?”

There was a brief pause as we regrouped, trying to figure out clearer ways of phrasing the words “It means you’ve got snakes.” This is one of those unfortunate contradictions in Paganism. Dirt Worshippers though we may be, most of us are inextricably tied to modern civilization, dependent upon its comfortable trappings and climate-controlled environments. As such, any brush with Nature in all Her (or His, depending on your perspective) glory becomes a Deeply Significant Experience.

In reality, the majority of these experiences are decidedly lowercase. And incidentally, this is also one of the ways we differ from our ancient Pagan ancestors, who, when finding themselves in similar situations, would probably say things like, “We’ve got snakes. And they’re digesting the children.”

Aiming for friendly compromise, my friend Li shared some personal reflections, stating that she always looks for mundane explanations for any given synchronicity before applying supernatural significance. To which our pulsating OP asserted, “I’ve already gone over the mundane aspects. I’m looking for a NON-mundane answer.”

A-ha. The kicker was “looking for.” As in, “I want this to mean something, regardless of whether it actually does.”

Eventually, one of the more New Agier list members saved us by posting a fresh-out-of-her-ass essay on how snakes symbolize rebirth and necessary but painless change, and the querent went, “Thank you! That’s EXACTLY what I was looking for!” And we moved on. Okay, everyone but me moved on. I dwelt on the subject for a while, because it bugs me when we try to assign importance to every little thing that falls in our line of sight. Being that open is not a good thing. If we can’t differentiate, or make a distinction between a standard-issue coincidence and a communiqué from the Gods, we’re probably better off not paying attention.

I was once doing a ritual for Diana using an incantation from Charles Godfrey Leland‘s Aradia: Gospel of the Witches, and when I got to the part about, “If thou art favourable and wilt grant my prayer, then may I hear the bark of a dog, the neigh of a horse, the croak of a frog…” my (very old and honestly kind of evil) cat started yowling at the top of her lungs.

She was fine, by the way; like, she wasn’t trapped in a drawer or having a stroke or anything. She’d just decided to belt out the Songs of Her People at the very same moment I’d requested a Goddess respond to me via animal noises.

I asked for a sign, and I got one. One that holds up when I compare it to any number of the startling but ordinary wildlife encounters I’ve had (a wasp flying into my car while I was battling rush-hour traffic; a bat taking a corner too quickly and crashing into my forehead; the aforementioned coral snake all up on my leg). I’d love to exult and explicate every one of these moments as important messages from beyond, but all that would do is take the significance out of the handful of actual signs I’ve been lucky enough to receive.

Nature happens, whether or not we get caught in its crossfire. Snakes shed their skins, and bigger birds kill smaller birds, and stray dogs attack the squirrels you were admiring seconds before. Occasionally, such events transpire in the right place at the right time in front of the right Witch, and when this occurs, the inherent implications are immediately and abundantly clear. And when they’re not, even when we’d very much like them to be, well…

Here’s a poem Sarah wrote way back when we co-hosted a weekly, open-mic poetry night at a local arts venue. As is almost always the case, she sums things up better than I ever could.

And I feel safe

And I thought
What haven’t I learned here

What have I missed

And then
Like Freud on his 783rd dream
I realize

And it just doesn’t mean anything at all 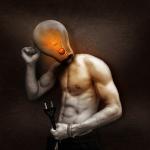 May 19, 2021
Cancelled for Renovations: More Thoughts on Closed Practices
Next Post 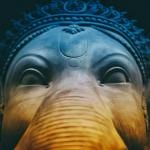 Legit Reasons to Cast Love Spells
All’s Fnord in Love and War.
view all Pagan blogs
What Are Your Thoughts?leave a comment

One response to “Looking for Signs in All the Wrong Places”