Today is Chaoflux, the 50th day of the Season of Chaos, when Discordians honor the Void from which all existence exploded, and the infinite potential it contains. It’s a time to look ahead, to become aware of possibilities, and to make decisions about the courses of actions we’re willing to take.

It’s basically our version of Imbolc, just without all the fire hazards or Catholicism.

As with Most Discordian Holydays, we’re not given much direction on how to actually celebrate Chaoflux. But since we’re gearing up to move into the Season of Discord, when Chaos congeals into an organized form, Chaoflux is a good day to set the goals we want to manifest over the coming year — or, if we’re feeling noncommittal, to change our minds at the last minute and do something else.

It’s also a great opportunity to make new friends, particularly Legendary Discordian Entities. We’ve already been introduced to Eris, Aneris, the Discordian Apostles along with St. Gulik, and Greyface, but there’s one other figure who’s worth getting to know, especially today.

According to the Principia Discordia:

Void was somewhat disturbed. He felt unsatisfied for he had created only physical existence and physical non-existence, and had neglected the spiritual. As he contemplated this, a great Quiet was caused and he went into a state of Deep Sleep which lasted for 5 eras. At the end of this ordeal, he begat a brother to Eris and Aneris, that of SPIRITUALITY, who had no name at all.

When the sisters heard this, they both confronted Void and pleaded that he not forget them, his First Born. And so Void decreed thus:

That this brother, having no form, was to reside with Aneris in Non-Being and then to leave her and, so that he might play with order and disorder, reside with Eris in Being. But Eris became filled with sorrow when She heard this and then began to weep.

“Why are you despondent?” demanded Void, “Your new brother will have his share with you.” “But Father, Aneris and I have been arguing, and she will take him from me when she discovers him, and cause him to return to Non-Being.” “I see, replied Void, “Then I decree the following:

“When your brother leaves the residence of Being, he shall not reside again in Non-Being, but shall return to Me, Void, from whence he came. You girls may bicker as you wish, but My son is your Brother and We are all of Myself.”

And so it is that we, as men, do not exist until we do; and then it is that we play with our world of existent things, and order and disorder them, and so it shall be that non-existence shall take us back from existence and that nameless spirituality shall return to Void, like a tired child home from a very wild circus.

If I’m interpreting the Principia correctly, Spirituality is the sentience of the human experience: From the Void we were created, and, after the series of wacky misadventures that is Life, to the Void we shall return. And I really like this definition, because it clears away some of the vagueness around the idea, and it gives us something concrete to consider.

“Spirituality” has always been kind of a loaded word. We’ve all heard people say, “I’m spiritual, not religious,” which looks good on paper but can mean anything from, “I’m extremely religious and don’t want to admit it,” to “I enjoy occasional meditation,” to “I’m dead inside but wear crystals.” But when we know what spirituality actually is, when we have a coalesced understanding of the concept, then we can feel out its parameters and do good work within it.

People in 12-Step recovery talk about spirituality a lot, and when I first got sober, I found myself pretty stymied by that. I mean, I got that God (singular or plural) was somehow involved, but I couldn’t help noticing that people kept saying “spiritual” without offering any insight into what they meant by that.

So I did what I always do when confronted with a great unknowable, and I locked myself away with a bunch of books and looked stuff up until I could get my brain around things. And eventually, I found a definition that worked really well for me.

Spirituality is the process of becoming who we’re supposed to be.

Which brings us back to Chaoflux. If you’ve been on the fence about a spiritual pursuit but have been waiting for the right time to begin, today is that day. Jump the hell in.

Oh, and one other thing: I know that the Principia says that Spirituality doesn’t have a name, but I think He kind of does. Maybe it’s just me being a harder polytheist than necessary, but I really want to tag Him as Iasion (pronounced “Aision”), the founder of the Samothracian Mysteries. Iasion is the brother of Harmonia (Aneris), which, in a Discordian worldview, would make him the brother of Eris as well.

As the story goes, Iasion attended the wedding of Harmonia and the hero Cadmus, but He was lured away by Demeter to “lie in a thrice-ploughed field,” which is my new favorite euphemism for sexytime. Anyway, Zeus was also at the wedding, and, consumed with jealousy when he learned of Demeter’s tryst, killed Iasion with a lightning bolt.

So what we have, then, is Iasion moving from a state of Non-Being (Harmonia’s wedding) to a state of Being (getting physical with Demeter), and then returning to the Void (obliteration via Zeus). It’s hardcore Discordianism cleverly disguised as classical Greek mythology, and I for one am highly entertained by that.

That just means you’re spiritual, not religious. And as it turns out, there is nothing wrong with that. 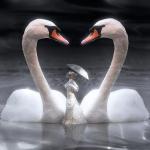 February 17, 2022
Witch This, Not That: Spirit Animals
Next Post 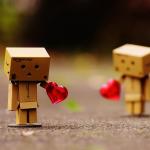