I’m Not Like a Regular Wiccan. I’m a Cool Wiccan.

So remember back in February, when I tweeted about Pagans freaking out over love spells, and it got shared and reposted all over the place, and I was Internet Famous for like 20 whole seconds? The tweet eventually landed on a Pagan memes page, where it sparked a lot of commentary — mainly from people who kept trying to correct “Pagan” to “Wiccan.”

One lady in particular just latched on and wouldn’t let it drop. I’m normally not big on acknowledging negative comments — the worst review being no review — but after her third or fourth “NOOOOO, THIS MEME IS ABOUT WICCANS,” I was like, “I wrote the tweet, hon. If I’d meant Wiccans, I would’ve said so.” And then I guess she had to go to work or take a phone call or something, because she never wrote back.

Alas, the floodgates had been opened, and a roving band of Pagans who get triggered whenever they see the word “Wicca” entered the chat.

One guy posted a damn dissertation, haranguing the Threefold Law and anyone who dared follow it. When asked by someone where his resentments were coming from, he replied, “This isn’t a Wiccan page. Not everyone follows and obeys the Law of Three, but Wiccans are always hurling it onto others whenever someone posts a meme or poses a question even hinting at a love spell.”

I had stepped away from participating in the conversation, since my hands were too greasy from all the popcorn I was eating to type. But it was gently explained to him that he was the one dragging Wicca and the Threefold Law into the discussion in the first place, and that maybe it wasn’t kind to make sweeping generalizations about a practice to which he did not adhere.

At which point he was like, “Plot twist. I’m Wiccan. And I’m the only one who doesn’t blah blah mergh blee blah etc.”

I stopped paying attention as soon as he said he was the only one. Because I realized that the real issue at hand was not Wiccans, or even Wicca in general: The real issue was terminal uniqueness.

Within 12-Step Recovery, terminal uniqueness is the belief that one’s personal experience with addiction is inherently different from everyone else’s, and because of that, other recovering addicts aren’t able to understand what one has gone through (or is going through). Terminal uniqueness is characterized by comparison, overgeneralizing, one-upmanship, attention seeking, and a penchant for off-the-wall demands or exemptions.

All of which I was very guilty of when I first quit drinking, but two things eradicated those defects from my system.

The first occurred when I’d been sober for maybe two weeks, and someone in a meeting said, “My disease talks to me.” And that blew my mind, because I’d always felt like my own alcoholism had a sinister, persuasive voice, which seemed far too schizophrenic to ever mention to anyone. I told a friend at another meeting about this, and she was like, “Oh, yeah, definitely. I call my addiction Audrey II, because it keeps trying to talk me into feeding it.”

So basically, early on in recovery, I learned that whatever may have happened in my drunken history, I was not alone in the experience. But the second thing, which went down a few years later, just clinched the solidarity.

I was in a meeting, and someone shared about how they once drank hairspray. And the next person to share said, “I know I’m an alcoholic, because all I can think about right now is what hairspray would taste like.” And myself and the 20 other alcoholics in the room went, “OH, MY GOD, ME TOO,” in unison.

Not a one of us was as freakish as we may have wanted to be.

Outside of recovery circles, terminal uniqueness is similar to — and often used interchangeably with — the concept of personal exceptionalism, which is when someone believes themself to be unusually extraordinary, and therefore superior to the people around them. Like, you know how every Billy Joel song is about how he’s just a little bit better than you? That’s personal exceptionalism.

It’s also important to note that terminal uniqueness and/or personal exceptionalism is not a disorder, like narcissism or sociopathy: It’s more of a personality quirk, or, in some cases, a defense mechanism.

For instance, in the incident described at the beginning of this post, we have someone presenting himself as different than those other Wiccans. One might logically assume that he’d want stand up for his fellow Wiccans (including the Wiccan who wrote the tweet), or at the very least attempt to correct some of the misinformation surrounding his religion. But instead, he chose to set himself apart. Which may seem vaguely traitorous, but it makes sense if you think about it in terms of him wanting to feel special and better about himself.

Terminal uniqueness tends to run rampant in the greater Pagan community, I think mainly because we don’t have the language to address it (which is a big part of why I’m writing about it). But when left unchecked, it creates power differentials that are impossible to negotiate.

I once met someone who desperately wanted to be Gardnerian, but who had some hard limits around ritual nudity. I tried to explain that nudity wasn’t something she needed to worry about at the moment, and that it would be at least a year before initiation was an option, so she had plenty of time to get comfortable with the idea, but she had a solution ready to go: “Why don’t you just initiate me, and I’ll wear a robe while everyone else is skyclad?”

And just… no. That’s not a level playing field. Like, have you ever read the Apprentice Adept series by Piers Anthony? If not, the setting is a society divided between Citizens and serfs: Citizens control all the wealth and have the luxury of wearing clothes, while serfs own nothing and have to remain nude at all times. In a clothing-optional situation, power will drift towards whoever is dressed… because that person is above their peers.

And y’all, I’ve got nothing but love for my Alexandrian siblings, but think about all those publicity photos of Alex Sanders dressed in fancy robes while his coven bops around naked. Even if you knew nothing about Witchcraft, there would be no doubt in your mind as to who was in charge.

Here’s another situation in which I’ve found myself, with which you may also be familiar. Someone posted to a Witchcraft group needing help with a ritual, but terminal uniqueness was on the table, and any suggestion offered was immediately shot down as unfeasible:

“I want to cast this spell, but I can’t burn incense in my apartment.”

“No problem! You can use an aroma jar instead.”

“In which case you can simmer herbs on your stove.”

“Okay, so just put a bowl of essential oil on your altar to represent the incense.”

“Why aren’t you helping me?”

And that’s another side of terminal uniqueness — I don’t think this person ever intended to cast a spell. Their goal was to show how incapable they were, so that someone else would take pity and do the work on their behalf. Again, it’s a move to create a power differential. And a very passive-aggressive one at that.

The biggest frustration here is that there’s not much we can do about it. Just like an addict has to want to get sober before recovery can help them, the terminally unique individual has to want to change the way they’re interacting with the rest of the world. So really, the best approach we can take is to keep our boundaries firm, and to not relent when someone expects us to change the policies and procedures of our traditions to accommodate their outlandish stipulations.

But we can also identify common ground and shared experiences, and make sure those facets are visible for others to see. If more of us do that, maybe the guy at the start of all this will meet some Wiccans who don’t fit the stereotype he’s constructed, and he’ll find that there’s more power in being part of a greater whole than there is in being too different to function.

Plus it never hurts to spot-check our own behavior to make sure we’re not slipping into an exceptionalist mindset. Because here’s the crux of the matter: Terminal uniqueness gets in the way of spirituality. We can’t become who we’re supposed to be if we’re mired in thinking that we’re better than everyone else.

And ultimately, we can’t control anyone else, and we can’t pull anyone away from terminal uniqueness if they’re determined to stay in the middle of it. But we can continue to grow, and we can set an example worth following. And if others decide to come along with us on our journey, we can be grateful that their uniqueness is totally compatible with ours. 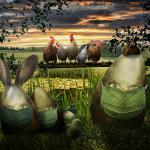 March 24, 2022
Fertility Symbols and the Witch Who Won't Stop Hoarding Them
Next Post 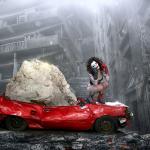 March 29, 2022 May the Freak Occurrences Be Ever in Your Favor
Browse Our Archives
Related posts from Fivefold Law