Kill the Game: Soccer as a Metaphor for Chaos Magic

I was in a mood that day. And truth be told, I’m in a mood today as well, since I was just in a conversation with someone who claimed to want to get their head around Chaos Magic, but who refused to accept any definition offered.  Like, the bare-bones description (Chaos Magic is an experimental, non-dogmatic approach to magical practice with an emphasis on getting results) just wasn’t clear enough. I think they wanted to learn how to shoot Chaos from their fingertips or something and assumed I was holding out on them.

Anyway, in keeping with the never-ending quest to explain what Chaos Magic actually is, and because I don’t feel like playing hockey right now, we’re going to take an allegorical look at soccer.

So. Soccer. Two teams of eleven players each (ten outfielders and one goalkeeper) square off against one another, attempting to kick the ball into each other’s goal as many times as possible. Teams are divided into forwards, midfielders, and defenders, with multiple positions within each category: Forwards are usually tasked with trying to score, while defenders work to keep the other team from scoring, and midfielders either attack or defend, depending on the situation.

Games last roughly 90 minutes, divided into two 45-minute halves. At the end of the second half, whichever team has scored the most goals wins.

So now, let’s zoom in on one player in particular. I’m going to name her Stella, after my friend Michael’s cat. Stella plays fullback, which means she’s in a defender position and is supposed to stay close to her team’s goal.

Stella is watching the gameplay move closer and closer, and it occurs to her that if she strips away all of the trappings, the true object of soccer is to get the ball into the other team’s goal — everything else is extraneous. She also realizes that while the referee has whistles and red cards to keep everyone in line, there’s nothing physically preventing her from playing the game however she wants.

When the ball finally comes to her, Stella picks it up, runs across the field, and throws it into the opposition’s net.

Did she break the rules? Undeniably. But Stella understood that the rules are arbitrary: They only exist because everyone agreed to believe they exist. Stella simply set aside her belief in them. And while her method of scoring a goal wasn’t necessarily easier — she still had to make it across the field while dodging the other players and the goalie — it was definitely more effective.

Keep in mind, y’all, there is absolutely nothing wrong with soccer as-is. It’s the most popular sport in the world, and a lot of awesome feats can be performed within the constraints of the game, provided one is willing to play by the rules. Stella, on the other hand, just wanted to get the ball in the goal, so she came up with a direct route to pull that off. And, more than likely, she wanted to see what would happen when she tried it.

If you’re really into soccer, that’s excellent — like I said, it’s a great game, and it’s honestly one of the few sports I actually comprehend. I myself have enjoyed many a soccer game in my life (although it’s the schadenfreude of hockey that gets me out of bed every morning).

But sometimes, I’m just focused on getting the ball into the net, and it’s entirely possible for me to do that without shin guards or kneepads or ten teammates or a fetching jersey. Or believing that I’ve been conscripted to follow every rule in the playbook.

And that’s Chaos Magic. Nothing is true. Everything is permitted. Score your own goal however you see fit. 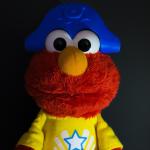