The Earth is the Lord's
Evangelical

This Republican Agrees with President Obama on Climate Change

by The Rev. Mitch Hescox

President Obama got it exactly right last night at the beginning of his State of the Union address when he said it is the hard-working citizens of our great nation that make the state of our Union strong, and that the United States is the best positioned country in the world to succeed in the 21st Century.

This is in spite of divisions within our great nation that continue to hold us back from achieving our full potential.

Social scientist Robert Putnam, of “bowling alone” fame, and his colleagues have done extensive research on the current attitudes and values of Americans.  They have confirmed what many of us know in our gut: the greatest thing that divides us today is politics or political ideology – not religion, not race, the two main things that divided us in our fairly recent past.  As Putnam said in a 2010 interview about his book, American Grace, “the underlying division [in America today] is not actually mostly about religion. It’s mostly about politics.”

And as a Pew poll just found, at the heart of this divide is protecting the environment: 65% of Democrats consider it a top priority, but only 28% of Republicans do – a yawning gulch of 37 points.

Here, in order, are our top partisan divisions as indicated by the percentage spread between Republicans and Democrats who consider them top priorities:

As a lifelong Republican who cares about defending the health of our kids from pollution, overcoming climate change, helping the poor, having a strong military, dealing responsibly with the deficit and debt, and improving education, I find myself in the middle of these partisan flashpoints within the American public.

In the Apostle Paul’s day, the biggest division was between Jews and Gentiles — a division he tirelessly sought to overcome.  Evangelical creation-care advocates like me are in the same business: we’re called to be bridge-builders, to heal deep-seated divisions within our communities, our country, and amongst the nations and peoples of the world.

And in the area where currently division runs deepest, protecting the environment and addressing global warming, I find myself agreeing with President Obama that our country must take strong action to reduce pollution from fossil fuels that fouls our air, makes our water impure, and helps to create one of the greatest threats to our children’s future, climate change.

I would prefer that Congress pass a law that puts a price on carbon, thereby unleashing the innovation of the marketplace to create a clean energy future.  But time is short, and absent that, I support the President’s efforts to reduce carbon pollution by using the Clean Air Act as mentioned in last night’s address.

As the Pew poll indicates, my support for the President’s leadership on climate change makes me a bit out of step with many of my fellow Republicans.  But my pro-environment stance is actually in keeping with our strong Republican heritage of environmental protection:

Unfortunately, today everyone is so afraid in his or her own ideology, we refuse to have reasonable dialogue and work toward the common ground these Republican Presidents found.

“My way or the highway” can at times feel like our national slogan.  But as a Christian I am called to be a bridge-builder. How?

From my understanding of faith, the answer comes from following Jesus’ way, and that way has always been love.

It’s time to break away from fear, act in love as Jesus teaches, and move beyond the shouting matches to sensible solutions from all perspectives. No one side has the answers, but if we start to care for each other, love our children, listen, and love God, we will find the way forward together.

Let me close by once again agreeing with what the President said last night.  When in the future our children ask us whether we did what was necessary to overcome climate change and leave them a safer, cleaner world, we want to be able to say to them: “Yes we did.” 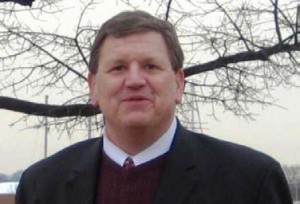 The Rev. Mitch Hescox is President and CEO of the Evangelical Environmental Network.

March 6, 2014 Leighton Ford's Reflection for Lent
Recent Comments
0 | Leave a Comment
"The linked web address in this article is wrong. Two Rivers Native American Training Center ..."
Letha Stovall Healing the Land
"It won't take a huge 8 degree shift to cause serious harm to hundreds of ..."
Grotoff This Republican Agrees with President Obama ..."
"Cynically I'd observe that there are those who profit from the division. It wasn't that ..."
Bill This Republican Agrees with President Obama ..."
"My land isn't all the way healed from agricultural rape, but salvation is in progress.And ..."
Guest Genesis 9: The Forgotten Covenant
Browse Our Archives
Related posts from The Earth is the Lord's

Evangelical
This Lent, Consider God's Creation
The Earth is the Lord's
TRENDING AT PATHEOS Evangelical