A Sincere Question For My Friends Who Believe In Hell 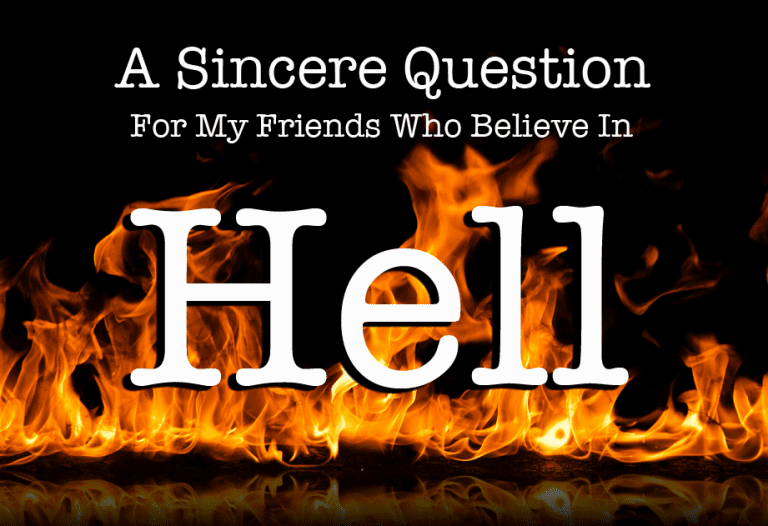 Here on the blog and That God Show, we’ve talked quite a bit about the concept of hell and have gone in-depth as to why I believe hell is not a biblical teaching.

Yet, even using scripture as the foundation for a hell-free eschatological and theological viewpoint, many Christians are completely unwilling to reconsider their views on hell in light of what the Bible teaches. Why this is the case, I have no idea. One would think that folks would flock to the opportunity to let go of hell, but apparently the traditional doctrine on hell is a beloved doctrine of many Christians.

The traditional view on hell, as we all know, is something called Eternal Conscious Torment. This view holds that those who die without being justified in Christ will go to a literal place called hell where they will be tortured by fire day and night, forever. It’ll be, as the doctrine goes, a place where you live with the Devil and his angels, where the fire never stops burning you, and where there is no relief from the pain– ever. You don’t fall asleep, you don’t die, you don’t briefly lose consciousness from the pain. In this version of hell you will be tortured day and night for all of eternity– billions and billions of years on top of billions and billions of years, without end. (All while being forced to listen to Country music.)

My interaction with Christians who believe this has led me to a question. An important question. A question I ask in all sincerity as the first installment of my new series, Sincere Questions.

If you believe in the traditional view of hell, I’d ask you to consider this question:

Which one of your children would you be willing to torture with fire?

So, which one of your children would you be willing to torture with fire as a punishment for not loving you back or misbehaving?

Can you list for me which disobedient acts you would consider worthy of subjecting your child to this kind of torture? Are their certain acts that would prompt you to get out a blowtorch 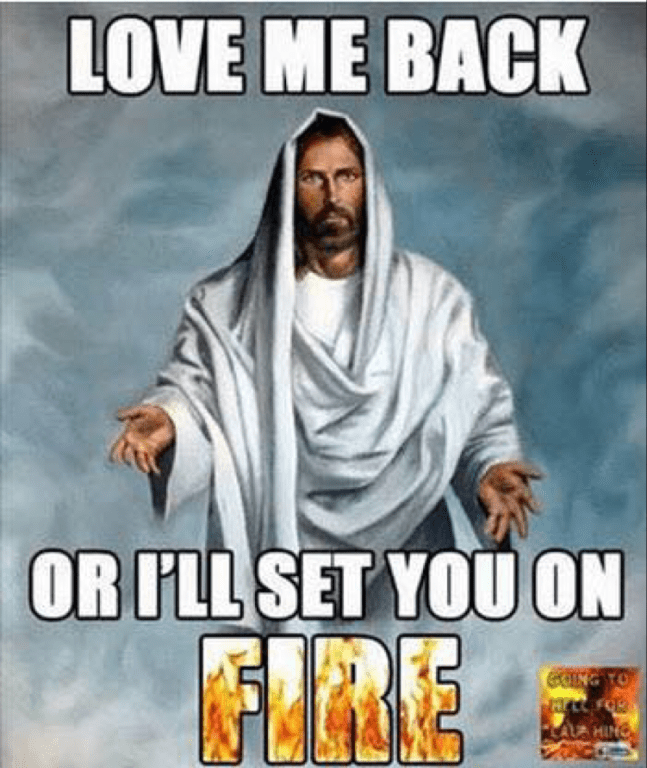 and go to town on them? My teenager once told me she hated me and wished I wasn’t her dad, and I have to admit, setting her on fire didn’t cross my mind because I loved her in that moment anyway.

Is there anything your child could do that would cause you to turn them over to ISIS to be punished by burning? That’s an important modern connection, because given the traditional doctrine on hell, the only people I see mimicking this version of God, is ISIS.

Is there anything your child could do that would make you lock them in a dark room, turn up the heat until it burns their flesh, and then gleefully listen to their screams for the rest of their life?

I can’t imagine you would, because that’s both sick and evil. I’ve met a lot of crappy parents in my life, but I’ve never met anyone who would do that to their own child– anyone who would do so would rightly be considered either mentally insane or depraved in an especially disgusting way.

Or, what if God allowed you to sit on his throne and judge your own children– giving you the authority to determine their eternal fate. Do you have any wayward children you’d pick to be sent to hell? Or, would you show them a lavish grace and mercy that flowed from your love for them?

I think I know what you’d do.

So, if we were to assume for a moment that the traditional view of hell were true, that would lead us to another interesting set of questions:

Are you more loving than God? Because you love your children so much you’d never do that.

Are you more merciful than God? I’m assuming you find the image of your own child being eternally tortured by flames to be an unbearable image– one that would leave you crying and screaming for someone to show mercy.

This of course, begs the ultimate question: How could we be more loving and merciful than God?

I don’t think we could– but if hell is real, most of us certainly are more loving and merciful than God. And that right there is a good sign we need to rethink our ideas about hell– because I believe God’s ability to love will dwarf ours any day of the week.

And so this is my question for you, my hell believing friends: which one of your own children would you be willing to subject to torture by fire? If you are too loving and merciful to do that to your own children, why do you believe God is less loving than you are?

I ask in all sincerity that you ponder this, because if you really think it over, the traditional doctrine of hell should lead to some very, very troubling conclusions about God– conclusions that I believe must be strongly rejected.

(You can find the rest of my ongoing series on hell, here.) 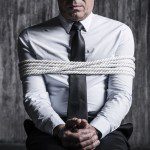 September 2, 2015 Hijacking The Government: What Franklin Graham Is Wrong About Today
Recent Comments
487 Comments | Leave a Comment
"Ben, I don't know if you read these old blogs anymore; it's been three years. ..."
Bob Shiloh Christian Ghosting: The Destructive Christian Practice ..."
"God Bless and protect you Sam...."
Bob Shiloh What To Do When You’re Not ..."
"Fear doesn't keep somebody from having a relationship with God.It keeps people from believing that ..."
Kenneth James Abbott No, God Isn’t Like Some Stephen ..."
"Amen. I wondered if you would see this comment.This site is so lame that even ..."
Bob Shiloh No, God Isn’t Like Some Stephen ..."
Browse Our Archives
Follow Us! 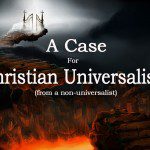 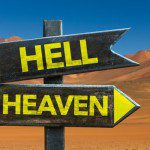