Hey Bob Jones– Here’s A Crazy Idea: How About We Stop Covering Up Sexual Abuse In Our Institutions?

Hey Bob Jones– Here’s A Crazy Idea: How About We Stop Covering Up Sexual Abuse In Our Institutions? February 12, 2014 Benjamin L. Corey

I’m so stinkin’ tired of it.

Every time a sex abuse scandal breaks out in a “Christian” circle I just want to punch the computer screen. What’s equally infuriating is when said abuse is covered up, overlooked, or when the victim is blamed.

Yet, it continues to happen.

It’s not likely that any institution– Christian or otherwise– is ever going to be free from sexual predators. Predators by nature will find their way into institutions where they can prey on the vulnerable. Christian churches will not be free from predators, Islamic mosques will not be free… heck, even the local PTA isn’t free. In this regard, we’re not always going to be able to catch every sicko in the world before they have the chance to act.

But here’s what we do control:

We don’t have to protect the predators when it happens.

Why this has been a trend in so many Christian institutions (Roman Catholic and Independent Fundamentalist Baptist, most notably) I haven’t a clue, because it’s disgusting beyond comprehension.

Any time an injustice as egregious as sexual abuse is covered up or ignored in the slightest way, we side with the oppressor instead of the oppressed. God have mercy on us for that (seriously, we better hope he has mercy on us).

Now, we can add Bob Jones University (BJU) to the long list of coverups. As has been spreading over the wires for the last week, BJU was finally in the process of addressing decades of alleged sexual abuse and cover-up. As reported by the New York Times:

“For decades, students at Bob Jones University who sought counseling for sexual abuse were told not to report it because turning in an abuser from a fundamentalist Christian community would damage Jesus Christ. Administrators called victims liars and sinners.”

It’s the same process of siding with the oppressor that we’ve been seeing with institutions for years now.

As Christians, we must demand an end to this type of cover up. This idea that it is harmful to an institution when they are open and transparent about a case of abuse is blatantly false. Institutions don’t sexually abuse people, sex predators abuse people. What an institution IS responsible for however, is how they prevent abuse and handle cases of abuse when they are discovered. Being open and transparent is the right thing to do.

This is where our institutions are failing, and we must become the voice that says we’re not going to tolerate siding with the oppressors.

As Jesus followers, we’re called to stand up to oppression and violence wherever we see it. Christian institutions who cover up abuse re-violate victims and become as guilty as the original predator– and they must be stopped, just as individual predators must be stopped.

Please join me in keeping the pressure on Bob Jones until they do the right thing for the victims. You can post a comment on their Facebook page here, or can call their main switchboard at (800) 242-5100 with your polite but firm demand that they allow GRACE to finalize their investigation, and that all guilty parties are held to account for their actions. 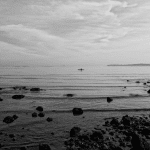 February 12, 2014
Finding Jesus When You're Adrift: The Benefit Of Being A Christian Outsider
Next Post