If God Still Smites Places, Texas Is Begging To Be Messed With

If God Still Smites Places, Texas Is Begging To Be Messed With November 18, 2014 Benjamin L. Corey

They say “Don’t mess with Texas,” but if God still smites places, they sure are about to tempt him.

Now, truth be told, I don’t believe God smites places– I believe Jesus is God, and Jesus obviously doesn’t smite places, but I don’t think that means we should just go around asking for it.

Texas however, is asking for it.

While the United States likes to sit in judgement over places like Iran and China over human rights violations, we don’t have much room to talk– because we have the government of Texas. And, just like Iran and China, the government of Texas loves them a good ole’ fashioned execution. In fact, Governor Rick Perry holds the record for most executions by a modern governor… it’s just what the State of Texas does.

Usually, the rest of the country stands back quietly and lets them do their thing, but in light of an execution scheduled for December 3rd, folks on all sides– even conservative deal penalty supporters— are crying foul.

Of course, as Jesus person who has embraced Jesus’ invitation to reject the use of retributive violence (Matthew 5:38-48), I join in their voices in imploring the state of Texas to halt this pending execution immediately.

The man set to be executed is Scott Panetti, who is 56 years old. Now, Panetti did murder two people– his in-laws; no one is contesting that point. However, what makes this case especially repulsive (not that other executions are not) is the fact that Mr. Panetti is, and has been, severely mentally ill.

Shortly after honorably serving in the military, Panetti was diagnosed with schizophrenia which he’s now had for more than 30 years. His illness is well documented prior to the murders (which took place during a psychotic break), as Panetti had been granted disability by the Social Security Administration– and anyone who has ever dealt with Social Security would know that this process of proving one’s case is anything but a rubber stamp.

His murder trial was one that should go down in the history books, labeled Exhibit A in the case to demonstrate how broken America’s justice system is. Panetti defended himself at trial dressed as a cowboy– and the chief witnesses he tried to call in his defense? John F. Kennedy, the Pope, and Jesus himself. The entire trial was a farce– yet he was sentenced to die anyway.

Even though no one seems to disagree that Panetti is mentally ill, he’s scheduled to die anyway because the legal standards of competency are so thin– he only need to understand he is going to die, and have some understanding as to why it is happening. Even with that standard however, the US Supreme Court has previously ruled in 2007 that he did not have a rational understanding as to why he was being put to death– he believes it is a plan of Satan, big business, and the Bush family, to stop him from preaching the Gospel to other death row inmates. However, Texas pushed forward anyway and a lower court has ruled he is competent to be executed, claiming that he is exaggerating his level of impairment. With the Supreme Court refusing to hear another appeal, it seems that it is full steam ahead to execute him on December 3rd.

While we as Christians often disagree on issues, I’d like to remind us that if we are to truly call ourselves his “followers” (which by definition means we live and act the way he did) we must be the ones who are the quickest to show others mercy (Matthew 9:13). The advocacy to show mercy toward death row inmates– as we remember our savior who once himself unjustly sat on death row– is one of the chief ways we can point culture to Jesus. In this case, I’ve been pleased to watch Christians from both the left and the right join their voices in crying out for mercy from the State of Texas, and today I add my name to that list of voices.

Today we cry out– not just to the State of Texas– but to the God of Abraham, Issac, and Jacob, that Scott Panetti, a man who is ill and sentenced to die, will be shown mercy.

I would encourage you to add your voice to ours, as we– the people of Jesus– become the people who are the embodiment of mercy.

No, I don’t believe God smites places, but I can’t imagine that Jesus– the one who expresses the exact image of God’s person (Heb 1:3)– is sitting back and nodding his head in approval.

If you’d like to read more in-depth about this case, you can see a complete list of reports and resources, here. Also, see 5 Reasons Christians Ought Oppose The Death Penalty.

In the meantime, I’d invite you to “re-humanize” this case by watching this short video from Scott’s parents:

November 13, 2014
Being Christian In A Post-Christian World (That God Show, Episode 11)
Next Post 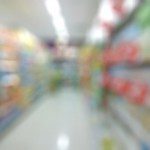 November 26, 2014 10 Things Christians Should Consider On Black Friday
Recent Comments
150 Comments | Leave a Comment
"It's puzzling that delusional christian brand religionists still review "the" bible while ignoring the fact ..."
rationalobservations? No, Atheist Friends, The Bible Isn’t ..."
"Well, ya, no, the bible doesn't set a date. But Bishop Ussher did. And all ..."
Lucius No, The Bible Doesn’t Say The ..."
"Interesting article. Makes sense."
Michael Donahoe 5 Reasons Why Many American Christians ..."
"So does the devil..."
Steven Waling 5 Reasons Why More Christians Are ..."
Browse Our Archives
get the latest from
Progressive Christian
Sign up for our newsletter
POPULAR AT PATHEOS Progressive Christian
1