Misfit Toys in the Kingdom of God: why it’s great to be a jack-in-the-box named Charlie 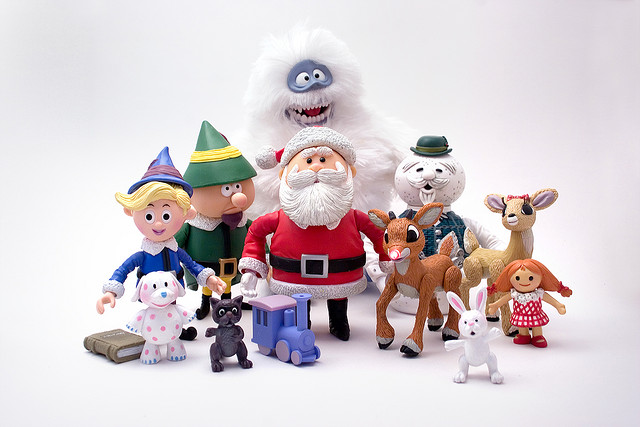 Do you ever feel like a character from Rudolph’s Island of Misfit Toys? Feel like an outsider who often finds yourself living on the margins, chronically misunderstood by all the other toys who aren’t on Misfit Island?

A lot of the time, I feel like a Jack-In-The-Box named “Charlie”:

It strikes me that central to the human condition is a need/desire to be part of a tribe, to be included, and to be valued for your own uniqueness. As I look back, I can see that through each of the chapters I’ve experienced I have consistently sought feelings of belonging, acceptance, and identity. I’ve always wanted to be part of the tribe.

But, more times than not, I’ve looked to my left and to my right only to realize that I’ve typically found myself pushed to the margins.

Not quite in. Not quite out. Sort of a “no mans land”. The harder I worked to feel “in”, the more I realized I was “out”. Which, only exacerbated the unquenched longings of the soul for someone who doesn’t realize they are a misfit toy in the Kingdom of God.

As I’ve continued to walk this road, I’ve discovered some truths which not only make being a misfit toy in the Kingdom of God more bearable, but actually beautiful and encouraging. I have discovered that people who understand they are misfit toys are Jesus’ favorite kind of people.

The twelve disciples? Misfit toys that included tax collectors who betrayed their own people and violent terrorists (zealots) against the state.

The people Jesus hung out with? Misfit toys that included prostitutes and drunks. In fact, these people were the friends he seemed to hang out with and shared meals with the most… so much so, that he was accused of being a glutton and drunkard.

The people who were fascinated with Jesus and followed him around for the right reasons? It wasn’t those religiously superior, but the misfit toys… a woman who hadn’t left her house in years because she was considered unclean and a cast-off of society, a short tax collector who wanted to catch a glimpse of Jesus so badly, he climbed a tree, a member of the religious elite who realized he was a misfit toy and sneaked out to see Jesus in the night, a prostitute who poured an expensive bottle of perfume on Jesus’ feet which infuriated the disciples… Jesus loved spending time with misfit toys.

On Saturday afternoon I had to take my daughter’s bike in to have a new tire put on it. The gentleman who helped us was a very interesting person: a one handed bicycle assembler who said he had the “best job ever”. Noticing his thin body, gray hair, missing fingers on his right hand and the absence of a good portion of his teeth, I realized he was someone that many would just pass by. And, I’m sure they do– one of the things he told me as we chatted for a while was “I love this job because they leave me alone”. Yet for some reason, I found him to be a deeply compelling person and inexplicably craved to sit and visit with him… so, I pulled up a chair, and asked him his story. As we talked, and as he completely refurbished a bike tire with one hand, the thought struck me that this is what Jesus felt like sometimes. He just liked hanging out with the misfits, the forgotten, the overlooked… the one handed bicycle assemblers. I must had listened to 10 sermons online that week, and did countless passage studies in Greek, but I felt closer to the heart of Jesus as I listened to his story than I had in a long time.

Society and the religious ruling class have always despised misfit toys… as the saying goes, there’s “nothing new under heaven”. But Jesus? He loved them. He spent all his time with them. He received them and didn’t condemn them… in fact, one of the last times Jesus went to church, he told the conservative religious leaders that “the tax collectors and prostitutes are entering the Kingdom of Heaven before you!”

A crazy claim, both then and now.

How is it that misfit toys discover and embrace life in the Kingdom of God before the religious elite? I think it’s for three reasons:

1. Misfit toys know we are misfit toys… we’re already aware we are outsiders and don’t need a lot of convincing.

We already know we’re outsiders; we’ve already processed the grief of exclusion and have learned to be at peace with it. However, being at peace with being an outsider at the margins has better prepared us to accept the invitation to follow Jesus- misfit toys wait and wait to be invited into the party, to be included and embraced, and when Jesus extends such an invitation, they naturally respond to the offer they always wanted.

One day, Jesus was having lunch at the house of a religious conservative. While they were eating, Jesus expressed to him this very truth when he told him a story about a man who threw a big party. In the story, the host of the party sent out a bunch of invitations to all the people he thought were his friends, but none of them showed up to the party. Instead, the man rescinded his invitation to friends, and instead went out into the alleys and streets, inviting in the “poor, crippled, blind, and lame”, who all responded to the invitation, and came to the party.

2. Misfit toys tend grasp the message of Jesus easier than the religious elite.

But why is it that misfit toys seem to grasp the depths of the Jesus message more naturally than the religious elites? I contend that while the highly religious tend to latch onto the “eternal salvation” concept of the message of Jesus, it is the misfits who realize the “good news” gets even better than that. 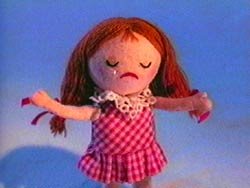 Religious elites? They’re typically “all set” in the here-and-now, reducing Jesus to a figure who will one day save us from hell. But misfits? Misfits are driven by a deeper need: they don’t just need a Jesus who can save them later… misfits want a Jesus who can save them right now. Misfits long, not for the status quo, but for a richer and fuller experience today– they are dissatisfied in a very healthy way, and crave the “abundant life” Jesus promised in John 10:10. Others? Well, many of them don’t realize they’re actually missing the party.

Unfortunately in the West, the concept of the Kingdom of God isn’t taught very much- or very well. Instead, Christianity has often been reduced to an individualistic transaction which will benefit someone after they die- thinking that “eternal life” is a term referring only to an event in the future, when in reality it is always used in the present tense. We are able to enter into, and experience eternal life right here and right now. We are able to bless the world with a little more heaven, or curse it with a little more hell, right here and right now.

3. Misfit toys have less to lose when joining the Kingdom.

Living by these principles, isn’t a ticket to popularity. It might even make you unpopular within your own particular Christian tribe- because just as the world doesn’t look very much like Jesus, the Church doesn’t always look like him either.

If you try to live your life in a way that looks like Jesus, you WILL be a misfit toy.

Speaking up for the poor? Not always popular.

Speaking up for the rights of the marginalized? Not always popular.

Speaking up for immigrants? Not always popular.

Calling the Church to repent of corporate sins? Not just unpopular–  this literally and figuratively could be the kiss of death.

The more I think of it, the more I realize that Jesus was the first Misfit Toy in the Kingdom of God, because he looked totally different than anyone who ever lived. And, if you decide to follow him by living a life that looks like him, you’ll surely be a misfit toy as well.

Being a Misfit Toy in the Kingdom of God won’t earn you a lot of popularity, anywhere. 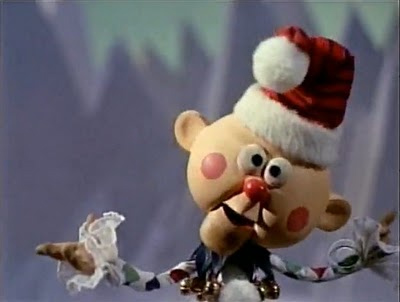 July 11, 2013
Hey Ladies: R.C Sproul wants you to cover your head! (and he's got a whole movement behind him)
Next Post 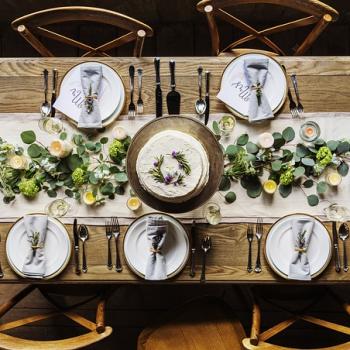