Permission to Ask The Hard Questions (Scripture for the 21st Century) 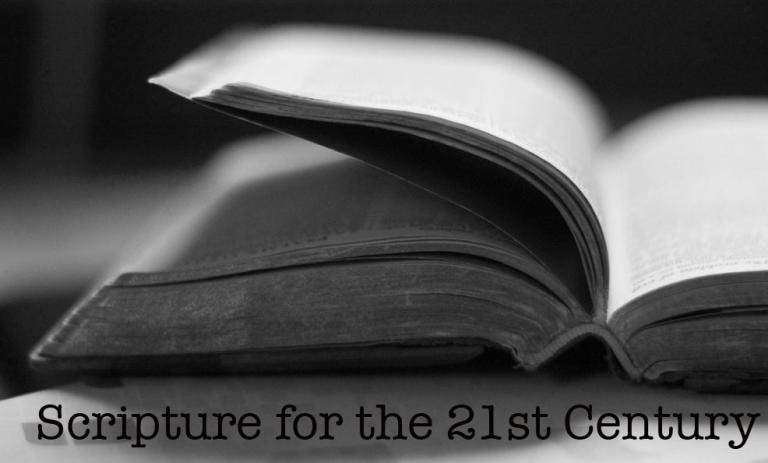 What role does scripture play in relation to our faith and practice? How is Progressive Christianity helping to reclaim scripture for the 21st Century?

This is the general question that has been put to us, and this week, many leaders within progressive Christianity will be weighing in with their answers as part of the Patheos Public Square summer series. You’ll be hearing from friends like Brian McLaren, James McGrath, Marcus Borg, Barbara Brown Taylor, and Carol Howard Merritt, among others. I haven’t read their responses to the question yet, but once they do I’ll turn their names into live links so that you can click through and hear what they have to say.

These are universal questions within the Christian tradition, and questions that Christians have been wrestling with throughout history.

As I thought about the issue and unique contributions from the perspective of Progressive Christianity, I ran into a slight roadblock: the term “Progressive” is so broad that to speak for “Progressive Christianity” would be impossible for myself or any of my colleagues who are participating in this series. As I’ve said to many before, “progressive” is a great secondary quantifier but makes for a horrible primary designator. One is never simply a “progressive”, they are most often a progressive “something”. Progressive Christianity includes a wide range of people of diverse thought (we often disagree with each other) from progressive evangelicals (historically called “emergents”) all the way to liberal theology from a mainline foundation. As such, I don’t know how to comment on reclaiming scripture for the 21st century apart from my history (and baggage) along with my current convictions as a….  well, progressive emergent Anabaptist.

I think perhaps where I can contribute to the discussion is by looking at two sides of the question. First, I will look at what I believe are the key contributions Progressive Christianity is making towards how we approach and use scripture. Additionally, I will also briefly discuss what I see as potential downfalls of how  (some within) Progressive Christianity approach scripture.

The key area where I believe Progressive Christianity is helping to reclaim scripture for the 21st Century is that it is giving people permission to ask hard questions.

Permission to ask the hard questions about scripture is what I think is perhaps the greatest contribution Progressive Christianity is making within the current Christian landscape. There are a growing number of people who are exiting more conservative expressions of the Christian faith for this simple reason- they don’t feel the permission to ask hard questions.

Did Jonah really get swallowed by that whale?

Did God really command the murder of thousands of Canaanite babies?

Does the concept of eternal, conscious torment really seem consistent with the God revealed in Jesus?

There are some tough questions that must be asked and openly wrestled with in an intellectually honest way—and Progressive Christianity is one of the primary areas where these discussions are happening (but not the only area– i.e. See Peter Enns or Scott McKnight). Many individuals walking from conservative expressions of Christianity perhaps would walk away from Christianity entirely if they did not have a safe place to ask hard questions.  We must continue to encourage and welcome the asking of these hard questions, and continue embracing a God who is big enough to handle it. By continuing to host a broad discussion, I believe we will actually encourage people to interact with scripture instead of push people away from it, as is often the case when such questions are immediately rebuffed.

Uncovering a deeper meaning of the text

A second area where I see unique contribution is in the realm of hermeneutics—what does the text mean? This contribution flows out of permission to ask the hard questions, which leads to a new inquiry into the text itself. Whereas some conservative expressions of Christian thought believe the meaning of the text is always the straightforward surface of the text, Progressive Christianity (including progressive evangelicals) open the inquiry to deeper meaning. Now, this is not new—in hermeneutics there is long debate over what the meaning of “text” is. Is the meaning the surface of the text? Is the meaning behind the text? This is one area where I have previously attempted to contribute by encouraging people to reconsider that the truth of some passages (such as Gen 1) might not be the text itself but a deeper meaning behind the text (see Literal vs. Metaphoric and It Doesn’t Have to be True to Still be True).

If God is as big as we claim he is, we need to consider that the truth of some passages might be bigger than the surface of the passage itself. Honest, truth-seeking inquiries must always be encouraged and embraced—and this permission to ask hard questions and to explore possible deeper meanings of the text itself, remain the two key contributions of Progressive Christianity I am most thankful for.

That said, when we consider scripture, the 21st century, and Progressive Christianity, I also think there are some challenges that we simply cannot ignore:

Dismissiveness without a better explanation.

Dismissiveness without a better explanation is perhaps one of my biggest pet peeves that I frequently see in some areas of Progressive Christianity. Simply writing off one part of scripture by saying “clearly that didn’t happen” or “Paul was just a bigot” leads to an à la carte approach to scripture that seems to lack intellectual integrity, and encourages arriving at conclusions without doing the hard work. Combine that with the fact that anyone with access to the internet thinks they’re a theologian (while bypassing years of inconvenient things like studying Greek verbs while you’re in the checkout line at the grocery store), and you’ve got a free-for-all mess on your hands. Too often, this approach leads people to cling to their own completely relative and typically misinformed understanding of the text. Yes, there are legitimate alternative understandings of various biblical texts, but no, the Bible is not a “choose your own adventure” story. My fear for Progressive Christianity is the potential for it to spiral into a giant theological mosh pit.

In order for Progressive Christianity to show a better way forward, it must continue to learn  how to arrive at a position because of the text not in spite of the text. Instead of lackadaisical dismissing of text it must put forth more compelling understandings of meaning, literary genre, authorial intent, and historical context, without resorting to intellectually weak propositions such as “clearly this is outdated”. I think Progressive Christianity can win the discussion and put forth better interpretations of text, but that it must not succumb to dismissing text without providing a better alternative to viewing the text.

The big question: what is the role of scripture in the life of a Christian?

This final question is perhaps the most important question—what role does scripture play in my own life? One of the drawbacks of Progressive Christianity is that I have not heard this question answered in a clear and unified way—but perhaps that’s simply because the tent is so big that one answer will not accurately represent everyone under the tent.

However, it is a question that must be answered because it plays a crucial role in the praxis of our faith.

In the book I’m currently writing for release in the fall of 2015 (now tentatively titled, Beyond The Tribe: Reclaiming a Better Christianity), I argue that when we reject Christian tribalism, we are free to embrace the good in the “other”, and this is one of those areas where that principle plays an important role in my life as I still share the evangelical “high-view” of scripture. This simply means I believe that scripture plays a crucial role in the life of a believer, and that whatever the text means, is ultimately true. The real debate for me then becomes, what does this specific text actually mean? What would be the best way to apply the truth of this text into this culture and this time?

By believing that the message of scripture is fundamentally true, I have been invited into a never-ending quest for truth. By having permission to ask the hard questions, I am able to explore and grow from the diverse thoughts and insights of others.

And by rejecting Christian tribalism, I am able to hold these two principles– truth and questions– in complete harmony with another.

My hope for the future of Progressive Christianity is that we will embrace the role and authority of scripture as has been for centuries of Christian tradition, that we will continue to encourage the tough questions, and that we will keep walking down the path of open-ended inquiry into the meaning and application of scripture itself.

June 16, 2014
Dr. James White Isn't Crazy About Me (But I'm Still Right About MacArthur)
Next Post 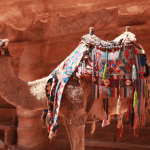