Why I Submit to My Wife (It Honors God)

“Submit to one another out of reverence for Christ.”

Looking back on my life, there are a few days that I’d prefer to forget.

One such day was a weekend in November 1998, when I met the woman who’d later become my father’s wife. I was living in Germany at the time, and my Dad invited me to meet up with he and his new girlfriend for a long weekend in Athens, so I flew down and joined up with them. After a day of exploring the city, we settled down for a few drinks in a local bar and began getting to know each other. At the time, my mind was still diluted with an obnoxious fundamentalism, and my Dad joked that his was one of the rare circumstances where a child grew up to be more conservative than the parent.

The conversation somehow took a dark turn– perhaps it was the extra shot of Ouzo– and I went off on one of my rants about female submission (Great first impression, I’m sure). She was gracious, kind, and asked good questions while I firmly explained to her that in marriage, the man is the head and the wife’s job is to submit to his authority. I even remember giving the example that if a husband wanted to buy a new car, but the wife thought it was a bad idea, the wife needed to submit to the husband’s “purchasing authority”.

Just thinking about that night makes me want to vomit.

If I could clone myself and build a time machine, I’d go back in time to that evening and sit down at the table so that I could reach across it and slap myself silly.

It’s ironic how life turned out. 15 years later, I’m now married with a growing family, and ironically, I submit to my wife.

Yup– this once fundamentalist punk is now in his late 30’s, has salt n’ pepper hair, and submits to his wife. Not only am I not ashamed of that fact, I’m pretty darn proud of it actually.

Before Paul gets into the controversial passage of wives submitting to husbands, he first teaches mutual submission– something I’ve discovered to not only be the Godly way to do marriage, but also the most practical way to do marriage. My marriage works because my wife is my equal– we’re in this together and we’re doing this together. I’m not her head anymore than she is my feet… we’re two whole people just doing our best to walk in the same direction together. This means that sometimes she defers to my leadership in a certain area, sometimes I defer to her leadership in a certain area, but whatever we do, we do together as equals.

My wife is my equal partner, not my child. I don’t want to lead her, I want to walk beside her. I wouldn’t have been able to navigate this difficult calling God gave our family if she were two steps behind me– honoring God with our lives has only been possible because we have walked side-by-side, in lock step with each other. During those seasons where one lags behind and we find ourselves out of step, we stop and wait until we catch back up with each other.

Having just celebrated six years of marriage together, having survived the loss of a child together (something that has an 80% chance of destroying a marriage), and having navigated a massive paradigm shift from fundamentalism into a new kind of Christianity, we’re finally starting to hit our stride. Ironically, I’m starting to figure out how to do marriage by ignoring everything American Christianity taught me about gender roles in marriage.

If I were to evaluate my marriage based upon my old paradigm of seeing things, I would only be able to arrive at one conclusion: we’re doing it completely wrong.

I’m sure to those in my old paradigm it certainly looks that way. In fact, I know that to them it looks that way. During our marriage I’ve actually been publicly questioned as to my fitness for church leadership because of the appearance that I’m not the “head of my household” (an event that is still incredibly painful for us to recall). And, I’d agree that we are completely doing it wrong if it weren’t for one thing:

“Submit to one another”, Paul first tells us.

The realization that we’re doing it right, and my rejection of a male dominated paradigm ultimately boiled down to one thing:

As shocking as it was to discover, I realized that I don’t know everything.

The realization that I don’t know everything and the practical discoveries that occur in marriage, have led me to believe and embrace that Paul’s statement on mutual submission is the only way to go.

It’s also true, that I am not her head (if head means I need to control and think for her). Want to know why?

Yet, what’s most fascinating, is what you’ll find inside of that head…

A nice big brain that Jesus gave her.

And as it turns out, that big brain on Tracy knows a lot of things I don’t know, has compiled a lot of life experiences I don’t have, and makes her good at a lot of things that I’m simply not good at.

Adopting older children with trauma histories and special needs? As luck would have it, that big brain belongs to a trauma therapist.

All those organization and management skills that I don’t have? Turns out, they’re all in that head she already has, but they aren’t in the head I would give her.

So, it’s true– I refuse to be her head, because I’m happy with the one she’s already got.

Instead, we do life together in mutual submission to each other. There are plenty of tasks to to go around and plenty of hats to wear, so we mutually assign those roles to each other based on skills, talents, and abilities, instead of based on who has which private parts.

She leads, I lead.

And, it works. In fact, I actually think it’s the Godly way to live. There are countless areas of our life where I’m not skilled, equipped, or gifted to lead– but she is.

Likewise, on top of my neck is a big brain that Jesus gave me that has skills, talents, abilities, and has compiled life experiences that she doesn’t have. So in those areas, she defers to me.

Sure, our household has a head– his name is Jesus. She and I are simply chasing him together as two equal partners who want to help build a family and contribute to the Kingdom, together. Yes, we often have different “roles”, but those roles are assigned based on gifting, not gender. Not only does this make our family stronger, closer, and more efficient, I actually believe it honors God by honoring the gifts he has given each of us as individuals.

So my question becomes: what would it be like if we did church this way?

For too long in the Church, we’ve limited ourselves by dismissing half of the population– not because of lack of gifting, lack of calling, or lack of ability– but simply because they’re not men.

And, well,  based on what I’ve learned in marriage, I think that’s just foolish.

Instead, may we become a people who honor God by honoring the gifting he has given each one of us– not as men and not as women, but as individual bearers of the divine image. 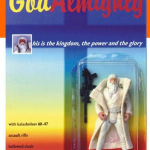 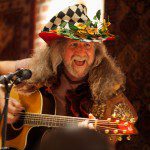 November 25, 2013 Witches, Emergents, and Bullhorn Guys: My Interview With the Pastor of Witch City
Recent Comments
94 Comments | Leave a Comment
Browse Our Archives
get the latest from
Progressive Christian
Sign up for our newsletter
POPULAR AT PATHEOS Progressive Christian
1