Roy Moore. What a guy. One with some really creepy habits. In the late 70’s when he was in his 30’s, he pursued teenage girls. He plied them with liquor even though they were underage. In one case he is accused of sexual assault and in another, his alleged sexual advances broke statutory rape laws.

Nonetheless, he is the darling of Alabama evangelicals for defending “Christian morality.” Indeed, recent polls show that after the accusations surfaced evangelicals are even more likely to support Moore’s candidacy. Some believe the accusers are liars and tools of the lying media. Others believe his actions as a private citizen are irrelevant since he will defend Christian values in his public life.

These attitudes should give all of us cause to reflect on how our politics affect our morality and, conversely, how our morality affects our politics. Think what evangelical reactions would be if it were Moore’s challenger, Doug Jones, who was being accused of rape and supplying alcohol to minors. There can be little doubt the feelings and rhetoric of the evangelical community would be quite different.

If we are ready to forgive our candidates’ sins, or even worse to say that private sins are unimportant because he or she stands for our values in public life, when we would howl over those same sins in a candidate or elected official from the opposing party, we can be sure something is awry in our moral compass, and that partisan politics are to blame.

Unfortunately, it seems many of us have thrown our political morality into grandma’s hope chest. We pull it out and dust it off only when someone from the opposing party says or does something we don’t like. Otherwise, it belongs in the past with grandma. This is moral relativism at it’s worst, and it eats at the very core of our integrity and human decency. We need to set aside partisan politics and judge candidates for their character. Instead of blindly supporting legislation and programs put forth by our party, we need to examine them to see if they actually support the values we claim to hold.

Up with Christian Values, Down with Shariah?

Moore’s case is further complicated by the fact that he is renowned for putting his own Christian beliefs above the law of the land. Indeed, he was removed from his position on the Alabama Supreme Court twice for refusing to implement US law due to his personal religious convictions – the first time in 2003 because he refused to remove a monument of the Ten Commandments from the Alabama Judicial Building after being instructed to by the US Supreme Court, and again last year for instructing Alabama probate judges to continue to enforce the state’s ban on same sex marriage despite the fact that the US Supreme Court had ruled such bans to be unconstitutional.  Because of this defiance, this insistence that his personal morality was above the US Constitution, Moore won the enduring support of the evangelicals of Alabama.

Again we have to ask what if someone from the other side was doing the same thing? What if a Muslim candidate or elected official were to privilege their personal, Islamic morality or the shariah over US law? How would these same people react? Certainly not with unwavering approval and support.  Indeed, many of them have introduced legislation that would specifically forbid any implementation of shariah law in the United States. I repeat, when you support behavior in members of your own party that you would oppose in a member of the other party, you know something is very awry in your personal moral compass and partisan politics is surely to blame.

Can you imagine the reaction to a bill that specifically forbids judges to rule based on biblical precepts?

Some in the religious right seem to believe that freedom of religion means that we can impose our religious beliefs on others. In fact, the first Amendment says exactly the opposite of that.  Congress may not enact laws regarding a religious institution, which includes declaring a particular religion as the national religion, favoring one religious group over another, favoring religious views over non-religious views. Roy Moore in insisting on the public display of his personal religious beliefs in a court of law broke that law. Roy Moore in instructing other judges to follow his own beliefs, rather than the law of the land, broke it again.

To be fair, it’s tricky. We all vote (or should vote) according to our morality. I support programs that help the poor. I vote for tax hikes for schools and to raise the minimum wage so working people won’t need food stamps to be able to afford both rent and dinner. I choose candidates who oppose laws that make it harder for minorities and poor people to vote. And I vote against drone strikes and for universal healthcare. These are all things that reflect my Islamic values.

Even more, we can advocate for laws that reflect out religious values. And if we convince enough people, they could become the law of the land, not because all of a sudden everyone is Christian or Muslim or Hindu or Catholic, but because our values makes sense to a lot of people. Conversely, we must obey laws that don’t exactly concur with our religious sensibilities. That is the price we pay for living in a peaceful, multi-cultural, democratic country. 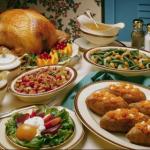 November 24, 2017 Thanksgiving Angst
Recent Comments
0 | Leave a Comment
Browse Our Archives
get the latest from
Muslim
Sign up for our newsletter
POPULAR AT PATHEOS Muslim
1

BOOK REVIEW - Pieces by Afshan...
NbA Muslims
Related posts from For the Love of God