I Ended Up in the Greek Orthodox Church and Found I Was Just as Dumb as Before February 4, 2014 Frank Schaeffer 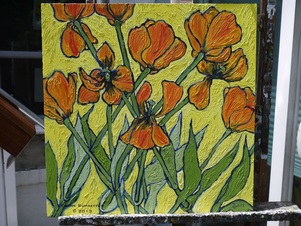 In 1990 I joined the Greek Orthodox Church because, in the words of Umberto Eco, I aspired “to the construction of narratives capable of providing [me] with an explanation and a model, an exemplary image.” At first I missed the point of my escape from my evangelical past almost altogether. I argued the finer points of theology and church history with my long-suffering evangelical mother and sisters. (Dad was spared. He’d died in 1984.) I argued as if any church I happened to join was ipso-facto the gatekeeper to heaven.

In our human desperation for meaning we see things very clearly. They just happen to never quite be as true as they’re cracked up to be.

Speaking of which I wrote a book (Dancing Alone) about all that is theologically and historically wrong with the Protestant Reformed tradition I’d fled. I laced my rant with the zealous spirit of proselytizing certainty typical of the fundamentalist “born-again” religion I thought I’d escaped. Ironically I did this while defending an Orthodox tradition that, at its heart, is about ineffable mystery and freedom.

I’m still on that journey. I changed my mind once and may again. It gradually sank in that (as I have a character say in my book  And God Said, “Billy!“) “there is only one defense against the rising worldwide fear-filled fundamentalist tide engulfing all religions: The embrace of paradox and uncertainty as the virtuoso expression of Christ-like humility.”

It gradually sank in that my ego must be curtailed by what I do not know, which is far more than I do know.

Frank Schaeffer is a writer. His latest book — And God Said, “Billy!“ exploring the roots of American religious delusion, and offering another way to approach true spirituality, is on Kindle, iBook and NOOK for $3.99, and in paperback. It spent 8 weeks as Amazon’s #1 best seller for Political Humor.

January 30, 2014
Here Are My Paintings That Sold So Far in the Last 10 Days of My Online Art Show
Next Post

February 6, 2014 My NEW Art Website Is Up & Working Nicely Many Thanks for Checking it Out!
Recent Comments
0 | Leave a Comment
Browse Our Archives
get the latest from
News and Politics
Sign up for our newsletter
POPULAR AT PATHEOS News and Politics
1

News and Politics
We Will Resist the Trump Clan of Con...
Why I Still Talk to Jesus -- In Spite of Everything

Taken from the Nest
Since stepping out of the first cave, we have made pilgrimage, trying...
view all News and Politics blogs
What Are Your Thoughts?leave a comment
Copyright 2008-2021, Patheos. All rights reserved.