Dear Evangelical Establishment (and Christianity Today Editors) Here’s Why You ALL Seem SO F—–g! Dumb to Folks in the Real World Who Don’t Understand “Evangelical Speak” 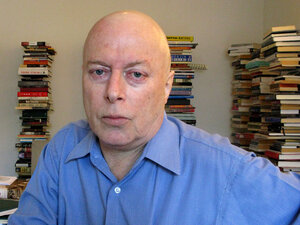 Open any issue of Christianity Today magazine and scan the article titles and sub-headings in case you want to know why the Americanized, post-Billy Graham version of evangelical faith comes across as so fucking dumb.

Evangelical Speak is just so presumptuous! It never even begins to meet the skeptic halfway.

Just take these headlines from the current issue of Christianity Today, and for the sake of the argument here let’s (for a very brief moment!) assume God exists. Let’s even assume Jesus is His son!

If that’s the case is this any way to “sell” this truth to a doubting and burnt out world?

Are the following claims, titles and examples of Evangelical Speak any way to pitch the truth to a world that mostly looks at evangelicals as–

I WAS ADDICTED TO ROMANCE NOVELS– Then God asked me to start writing them, for his glory by Francine Rivers. (CT, May 19 2016).

What the flying fuckity, fuck is that supposed to really mean?

BLESSED ARE THE AGNOSTICS– How I learned to see my unbelieving husband through God’s eyes by Stina Kielsmeier-Cook (CT May 19 2016).

You know how God sees things?

You couldn’t figure out your own husband but you CAN figure out how God thinks?

THE REAL REASON YOU CAN’T DATE JESUS– When it comes to ‘boyfriend’ language, we draw the right conclusion for the wrong reasons by Andrew Wilson (CT May 19, 2016).

So now we know at last!

As the Middle East goes up in flames, as Trump casts the shadow of XENOPHOBIA, RACISM, HATE, PRIDE AND WHITE POWER OVER America… at last we now know the “real” “reason” you… can’t date Jesus!

And then there’s (the CT-offshoot) Books and Culture review by Douglas Wilson of THE FAITH OF CHRISTOPHER HITCHENS (Books&Culture 04.11.16)

Here’s a shabby low blow — even for the likes of the CT editors who run Books and Culture, let alone the Thomas Nelson publishers-greed merchants.

I mean these are grave robbers. Hitch is dead. Let’s wink-wink-nod-nod make money pretending he just might have “accepted Jesus” or something like that. All this based on two car rides the author and Hitch were PAID to take together, because they both were on a debate panel, and Hitch was polite enough to engage the man in conversation! All this after Hitch’s widow and closest friends say that the author didn’t know Hitch at all… except for two brief PAID professional encounters.

The rave review in CT’s Books and Culture publication of this crap is symptomatic of desperate people with nothing to say.

Do we infer that CT is Mormon now? Do these fuckwits “baptize” the dead, even one of the dead who publicly predicted—as Hitch did— that some son of a bitch evangelical sleaze merchant would come along and claim he’d had a deathbed conversion?

When Hitchens and I exchanged phone calls over my memoir Crazy for God: How I Grew Up as One of the Elect, Helped Found the Religious Right, and Lived to Take All (or Almost All) of It Back, he told me that he often talked to evangelicals to try and figure them out. Hitch liked my book and called me several times because he said it was the only book of the kind he’d read that seemed to him to tell the truth about the rise of the religious right from the inside. He was shocked he said that I was still a person of faith, hoped I come over to the New Atheist “side of sanity.”

To say Hitch might have somehow converted to the “faith” of the likes of the third-raters who run CT, is an insult to him but also to Christian credibility.

It’s as likely that Hitch might have converted to American-style evangelical bullshit as it is that E.O Wilson might someday convert to becoming an ant, just because he was fascinated by them.

HINT: Hitch was studying you freaks, not enjoying your miserable company!

He was a nice guy. Let’s say Hitch was alive and Billy Graham was dead. Hitch was nice enough to have not tried to foist a book on us claiming that Billy Graham became an atheist, just before he died!

And by the way, given Billy Graham’s tortured confessional expressions of doubt to my late father Francis Schaeffer, not to mention his abiding fear of going to hell that he expressed to Dad on more than three occasions in conversation, this last stretch, is a lot more likely than Hitch converting.

Do you think Hitch might have joined some brain dead navel-gazing white middle class cult that claims God tells them to write romance novels?

Hitch had integrity and a thick skin. He stayed in touch with me even after I blasted him in my book Patience With God: Faith for People Who Don’t Like Religion (or Atheism).

I have a message “direct from Hitch” to Larry Alex Taunton, and the Thomas Nelson flakes and to Douglas Wilson, the CT/Books and Culture review author and to the editors of CT who “puffed” this lying excrescence of a book: in the words of Bridget Jones, in Bridget Jones’s Diary by Helen Fielding, “I am not interested in emotional fuckwittage. Goodbye.”

And think about it folks, is it harder to believe that a dead man told me personally to pass this  message on or that God told Francine Rivers to write Christian romance novels?

So let’s let Hitchens have the last word about his views on “deathbed conversions.” It’s the Christian thing to do. He was VERY specific!!!

May 19, 2016
Donald Trump and His Angry Voters Are Furthering an Extremist Christian Agenda to replace democracy with theocracy by undermining our rights and protections from the bottom up
Next Post

May 24, 2016 Samantha Bee and Frank Schaeffer on "Full Frontal" re anti-Abortion History and the Birth of the Religious Right
Recent Comments
0 | Leave a Comment
Browse Our Archives
Follow Us!

Helping Each Other Stay Awake
As I travel to offer workshops and retreats, I enter a...
view all News and Politics blogs
What Are Your Thoughts?leave a comment
Copyright 2008-2020, Patheos. All rights reserved.