Who Will Go Door-to- Door For Trump… And Would Anyone in Their Right Mind Open Their Door?!

Can you imagine a Trump get out the vote door-to-door effort? Neither can I. Picture the average screaming angry white male speaking in short angry fact-free sentences threatening to punch the homeowner in the face who dares to disagree.

For instance here’s the typical subtle Trump-style “pitch” a Trump supporter might be expected to make to any mom he runs across against open carry of guns that Trump supports.

As the Republican National Convention gathered in downtown Cleveland to celebrate Donald Trump, activists from the largest national conservative grassroots group were knocking on doors in Ohio and other battleground states — all while completely ignoring Trump.

The GOP wants to hold the Senate so can’t mention Trump in a grassroots door-to-door way. And Trump won’t do any better if he asks his rabid followers to canvas for him.

Here are pictures of Trump’s supporters (all photos from YouTube).

Picture these guys knocking on your mom’s door. Will she open up? 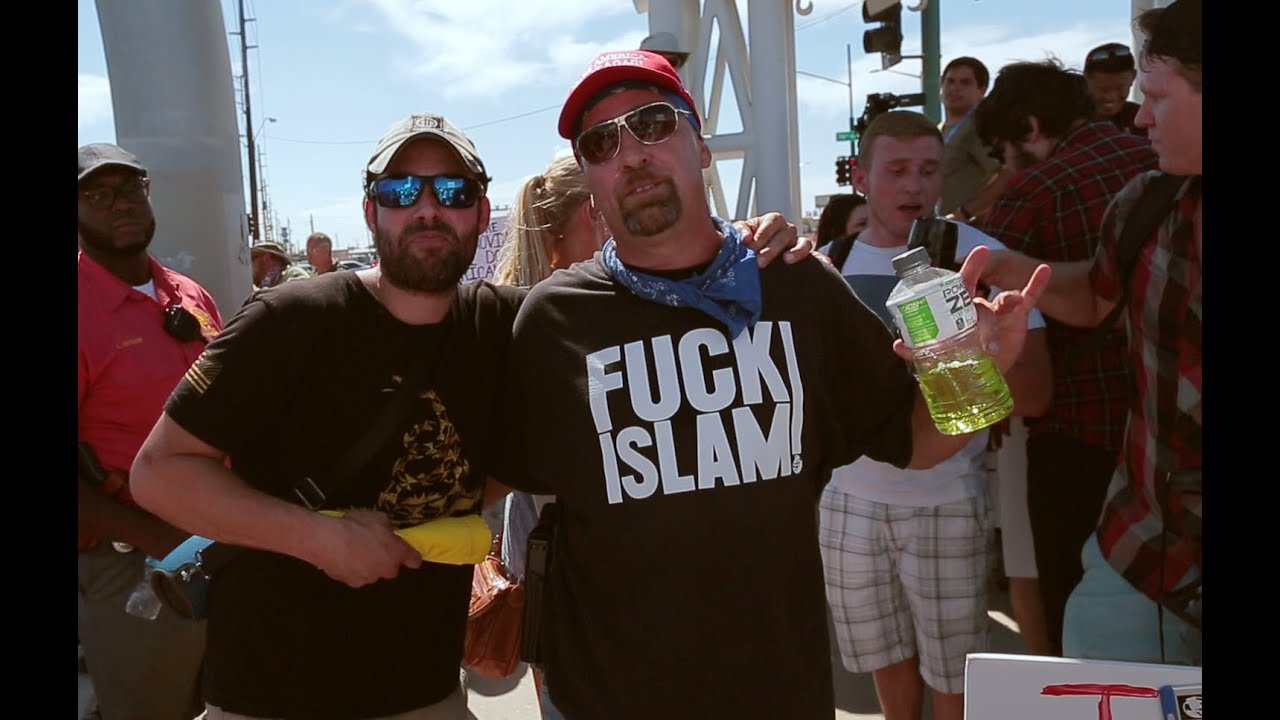 sure… come on into the living room… would you fellows like a cup of tea?

August 4, 2016 Trump is going to lose the election. And Trump will make us pay. (HINT: It's Trump's Version of Hitler's "scorched earth" Policy) Here's How to Stop Him Taking Revenge on America
Recent Comments
0 | Leave a Comment
Browse Our Archives
Follow Us!

Coronavirus – Crucifixion and Resurrection
Coronavirus, coming as it has, during Lent, feels as if Mother Earth...
view all News and Politics blogs
What Are Your Thoughts?leave a comment
Copyright 2008-2020, Patheos. All rights reserved.