When Trump loses the election the only unifying issue evangelicals will have left is their hatred of Hillary Clinton November 2, 2016 Frank Schaeffer 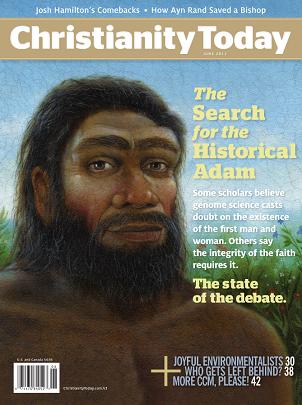 White Evangelicals support Donald Trump. Writing in the Guardian Anthea Butler notes that white “Evangelicals in the 2016 election have proven loyal to the Republican Party in spite of Donald Trump’s continued … moral issues. In the latest PRRI poll, white evangelicals are the largest religious group, with 66% of them supporting Trump. This support has created fissures in the movement, with some evangelicals protesting Trump, while others such as Jerry Falwell Jr are comparing Trump to King David…. Loyalty to Trump has not only a moral but also a structural cost. It will not mean the ‘Religious Right’ is finished, rather that Catholics, Mormons and other religious conservatives will be better positioned to carry its values, lessening evangelical influence.”

Trump has also proven that Republican presidential candidates do not necessarily have to pander to power brokers such as Bob Vanderplaats, head of the Family Leader in Iowa, or Tony Perkins of Family Research Council. Trump amassed his own coterie of Prosperity Gospel preachers who were not traditional evangelical leaders, such as Paula White, and as a result reached a whole other segment of the religious population more in tune with Trump’s promise of returning economic prosperity and his use of the media. Even James Dobson, longtime evangelical leader of Focus on the Family, had to use White to convince his following that Trump was really a “baby Christian” because she had led him to Christ.

The country is swarming with brown people… and less people believe what they believe. And yet the economy is up, crime is down and President Obama is not only popular but increasingly regarded as one of the best modern era presidents… in spite of the Republican Party’s obstruction.

What gives? If everyone is fine even if they do not have a “personal relationship” with Jesus… did anyone need Jesus all along?

For evangelicals the problem isn’t just that sin pays–they have Bible verses to cover that–but that indifference to God hasn’t led to social decline. Put it this way: Hillary Clinton is Satan and she’s about to be president and Jesus isn’t doing anything about it! Worse: Hillary supporters aren’t just prospering, they seem to be leading moral decent lives.

Gays have rights and yet Jesus didn’t come back and make a clean sweep of killing all the wicked! No one seems to need Jesus or that old time religion, Google, not Southern Baptists, Facebook, not Billy Graham, Samantha Bee, not Christianity Today call the shots on cultural relevance.

Trump has benefited indirectly from a strong belief of evangelicals that Barack Obama’s years in office has led the country to the brink of destruction. The trouble is that all facts about the economy and the nation point in a different direction. Meanwhile the only real crisis America faces is climate change, something the evangelical community has more or less denied while acting as if questioning the use of coal and oil is somehow UN-American.

The result is that evangelicals  seem to have migrated to a non-fact-based “reality.” And they know it and are bitter. They are out of sync with the future and resent it. Like Jonah they preached doom and instead of the END the future looks promising.

It isn’t just that the “world” thinks evangelicals are stupid, evangelicals feel stupid. And that makes them angry. Obama was bad enough in their eyes; having the Clintons back in the White House would be the end. From a black to a woman, from a liberal to Satan Herself… and all the while the “nones” (those who are unaffiliated with any organized religion) are starting to outnumber the saved… and America just keeps on going anyway. I mean what the &*—! New York City is one of the safest and yet most godless cities awash in blacks, Jews and Hindus in the world!@

So while evangelicals are coming together to support Trump, internal frictions are exploding. Evangelical women are not into having their p—y’s grabbed by the likes of Trump. They too are upset about Trump’s misogyny.

Jim Wallis has been very vocal that “not all evangelicals” support Trump, but only white evangelicals are being polled about their political support, not African Americans or Latinos.

It looks like evangelicals are fading from the scene of “conservatism” being replaced by Trump’s “alt right” contingent. Franklin Graham is being replaced by the likes of Steve Bannon who turned Breitbart into Trump Pravda for his own personal gain.

Post-Trump white nationalism, not Jesus is what anyone hearing the word evangelical will think of. Evangelicals who have claimed to be “colorblind” have been aligning with hate groups who support Trump. The future of the evangelical image and self esteem is not in the hands of Franklin Graham or Jerry Falwell Jr. or for that matter Jim Wallace. Evangelicals have made common cause with the KKK.

The Ku Klux Klan is ramping up its effort to get Donald Trump into the White House.

Residents in Alabama, Georgia, Kansas and Louisiana have all reported finding fliers from the KKK outside their homes in recent days.

“Please join and help us take our country back,” reads a flier recently distributed in Madison, Alabama. “Black Lives Matter Black Panthers are telling followers to kill white people and police officers in the name of justice for the killing of Negro’s (sic) by policemen in the line of duty. These Negro’s (sic) were not innocent. They were thugs breaking the law, and standing up against police.”

White evangelicals are now thought of post-Trump as people who went along with the criminal assault of women and outright calls for race war. Nice going.

Residents have expressed disgust over the past week after finding similar literature in Wichita, Kansas, and Towne Lake, Georgia, where the KKK referred to transgender individuals as an “abomination” who should consider suicide.

“If your (sic) confused and don’t know what sex you are today, use a tree out in the back yard,” a Georgia flier read.

Spelling is apparently not the KKK’s forte. Other than that their “position” on backing Trump and the rights and humanity of transgender people is more or less indistinguishable from that of the aging white male leaders of the evangelical movement who seem to be doing their best to complete the work of the so-called New Atheists while using Trump as the effective coup de grâce that will destroy what little credibility white evangelicals still had.

Like smokers who now huddle in special outdoor zones furtively sucking on a cigarette, white aging evangelicals will be relics of a less healthy past. Assuming we can address climate change, the American future is good and it is (thankfully) going to be an evangelical-free zone.

November 1, 2016
Do not miss this! NEW & Spooky/Funny President Barack Obama (best president in the last 50 years) on Full Frontal interviewed by my friend Samantha Bee (most perceptive news person in non-news-comedy) WATCH
Next Post

November 2, 2016 DO NOT MISS THIS: Jon Stewart Teaches Us How To Win A Twitter War With the Nation's Village Idiot: Donald Trump--Hilarious!
Recent Comments
0 | Leave a Comment
Browse Our Archives
get the latest from
News and Politics
Sign up for our newsletter
POPULAR AT PATHEOS News and Politics
1

It Could Be Worse: Gratitude Without Comparison
I used to say things like, “It could be worse,” to remind...
view all News and Politics blogs
What Are Your Thoughts?leave a comment
Copyright 2008-2020, Patheos. All rights reserved.