Don’t like Trump? Meet the 2 people who with their children (literally) put Trump in power

Don’t like Trump? Meet the 2 people who with their children (literally) put Trump in power March 19, 2017 Frank Schaeffer 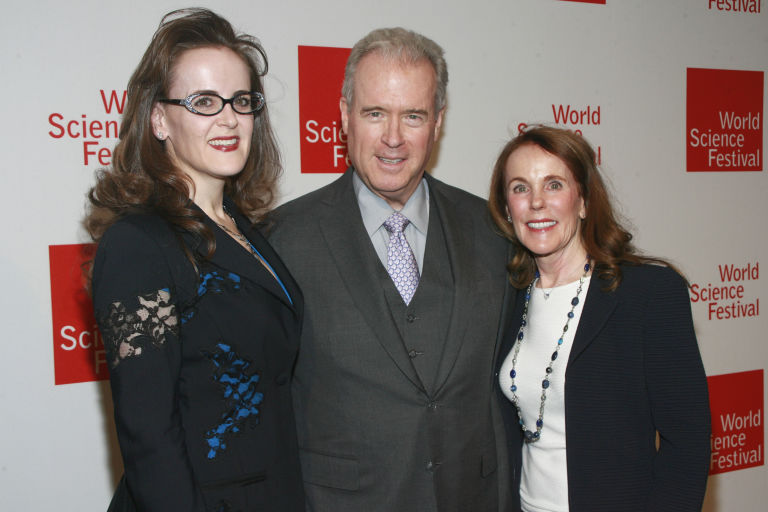 Don’t like Trump? Meet the 2 people who with their children (literally) put Trump in power and are now funding the rise of the white nationalist anti-American hate machine of the far, far racist right… For these billionaire high tech extremists, Trump is just “Act I” … (George Orwell call your office!)

In this explosive revealing exposé the Washington Post sheds sunlight on the murky secret plan of an off-the-wall billionaire power couple and their children to destroy America as we know it.

Meet the Mercers who with Bannon, now chief White House strategist, quietly built a power base aimed at sowing distrust of big government and eroding the dominance of the major news media…

The Mercers and Stephen Bannon: How a populist power base was funded and built

The champagne was flowing as hedge fund executive Robert Mercer and his daughter Rebekah hosted a reception during the Cannes Film Festival last May to promote “Clinton Cash,” a film by their political adviser Stephen K. Bannon and the production company they co-founded, Glittering Steel.

The Mercers, Republican mega-donors who had spent millions on the failed presidential bid of Sen. Ted Cruz of Texas, and Bannon, then executive chairman of Breitbart News Network, were still weeks from formally aligning with Donald Trump’s campaign. But the festivities that balmy evening aboard the Sea Owl, the Mercers’ luxurious yacht, marked the growing influence of their financial and political partnership in shaping the 2016 campaign — and in encouraging the populist surge now reverberating around the world.

The Mercers’ approach is far different from that of other big donors. While better-known players such as the Koch brothers on the right and George Soros on the left focus on mobilizing activists and voters, the Mercers have exerted pressure on the political system by helping erect an alternative media ecosystem, whose storylines dominated the 2016 race.

Their alliance with Bannon provided fuel for the narrative that drove Trump’s victory: that dangerous immigrants are ruining the country and corrupt power brokers are sabotaging Washington.

Inside the partnership between Stephen Bannon and the Mercer family

The wealthy New York family and the former investment banker-turned-media executive collaborated on at least five ventures between 2011 and 2016, according to a Washington Post review of public filings and multiple people familiar with their relationship. The extent of their partnership has not previously been reported.

Through those projects, the Mercers and Bannon, now chief White House strategist, quietly built a power base aimed at sowing distrust of big government and eroding the dominance of the major news media.

The Mercers provided the money, while Bannon, working in tandem with Rebekah, acted as business partner and political guide. The family’s overarching strategy, according to people familiar with their giving, is to test various tactics to see which is most effective.

“The Mercers have a Silicon Valley approach to politics: Let a thousand entities bloom, and let’s see what works,” said one associate, who, like others close to the Mercers, spoke on the condition of anonymity to discuss the private family…. READ THE REST HERE

HELP ME DO MY BIT TO FIGHT TRUMP…by promoting  my new blog site. I’m publishing 2X per week, my art, videos, articles, commentaries, resistance to T to the end of this foolishness: read what you’ve missed so far… and join me HERE http://frankschaefferblog.com

March 16, 2017
Trump Is President Because Too Many On the Left Put Faith in Late Night Comedy Rather Than Policy: Call This the Daily Show Epic Fail
Next Post

March 19, 2017 Do NOT Miss This Explosive NEW Well Made Documentary Exposé of Trump’s Slimiest Alt-Fringe Cohort – Steve Bannon (If you’re Not Horrified You Don’t Have a Heartbeat) WATCH
Recent Comments
0 | Leave a Comment
Browse Our Archives
get the latest from
News and Politics
Sign up for our newsletter
POPULAR AT PATHEOS News and Politics
1