Brennan Manning – What He Said to Me That I’ll Never Forget March 10, 2021 Frank Viola

In 2013, Brennan Manning transitioned from this earth. You’ll find two of his books on my Best 100 Christian Books Ever Written List. If you don’t have them, you should. 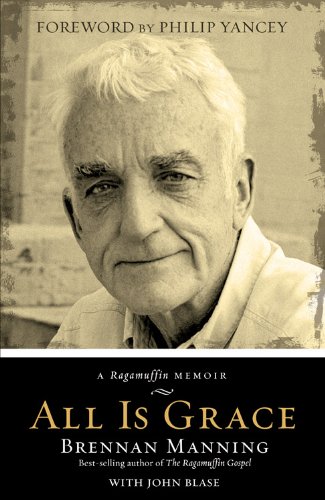 I had the privilege of spending time with Manning in 2007. We both spoke at a conference along with N.T. Wright.

In one of the sessions, we all spent time in a living room together. I had time to talk with Manning one-on-one and I asked him a few questions about writing . . . seeing that he’s a remarkable author whom I wanted to glean from.

He said to me, “If you write something and it doesn’t move you, then throw it in the trash. It’s not going to move anyone else.”

I kept these words firmly in mind when I wrote God’s Favorite Place on Earth. A good bit of that book is in delete-land. 🙂 I hope that what remained moves others.

During the course of our conversation, I also asked Manning about his photographic memory. It was a  gift. He said all he had to do was read something once or twice and he could recite it.

Amazing! I saw him do just that when I heard him speak in his two sessions during that conference.

I found Manning to be a very humble man with a large heart, an incredible story that magnifies God’s grace in the midst of human frailty and fallenness (which we all share), and an amazing gift for writing and speaking.

Brennan Manning knew grace, he lived grace, and he taught grace . . . even in his last day of blindness and weakness.

I’m privileged to have met this giant in the faith. And I shall never forget him.

David C. Cook, my publisher, released his autobiography – All is Grace: A Ragamuffin Memoir.

March 11, 2021 John Winthrop's CITY UPON A HILL Speech (Modern English)
Recent Comments
7 Comments | Leave a Comment
Browse Our Archives
get the latest from
The Deeper Journey
Sign up for our newsletter
POPULAR AT PATHEOS Evangelical
1

Christianity vs. Christendom?
Cranach
Related posts from The Deeper Journey

Evangelical
Attend 5 Conferences in the Comfort of Your...
The Deeper Journey

Evangelical
Are You Subscribed to Our YouTube Channel?
The Deeper Journey
TRENDING AT PATHEOS Evangelical