Don’t Believe Everything You Hear or Read

Several years ago, Michael Hyatt (former CEO of Thomas Nelson) responded to a rumor on his blog. In the post, Michael wrote,

“According to the most recent rumor—which I’ve now heard twice—we [Thomas Nelson] are planning a layoff for June 19th … We are scheduled to close the transaction on June 12th, so, supposedly, this will happen the week following. I want to assure you that this is indeed a baseless rumor. There is absolutely no truth to it … If you hear this rumor, I would be grateful if you would help me short-circuit it. You can tell ’em it’s not true, and you heard it directly from me.”

I recall when this rumor was circulating and was saddened (and surprised) at how many Christians believed it without going straight to Michael to see if it was true or false.

Another example that’s much more national.

In 2012, I came across a website alleging a sex scandal involving President Obama. The “story” first came out in 2008 just before the primary. It was shown to be baseless and quickly faded away. Then it resurfaced again in 2010. (The original story was removed by the source after staying online for 4 years.)

Another site purports alleged “proof” that Obama is a Muslim terrorist in disguise. Again, a baseless rumor.

And another (HillBuzz) alleges that Obama is gay, has sexually harassed males, and abuses drugs. Again, baseless.

Note: I don’t agree with many of Obama’s policies. But these accusations are scurrilous, vicious, outrageous, and just plain slimy. There’s no good evidence to support any of them. That’s why they’ve never gained traction. However, because they are written intelligently, they persuade the uninformed (a characteristic of effective libel).

Not too long ago, Senator Ted Cruz was falsely accused of having adultery with multiple women. Baseless and debunked.

In 2013, Rick Warren was personally attacked, judged, and lied about by professing Christians.

In the 2016 USA Presidential election, Senator Ted Cruz was accused by The National Enquirer of having affairs with five women. The story was quickly debunked as “fake news.” Despite this, many people believed and spread the lies.

We live in a very dark world where rumors abound. Gossip abounds. Slander abounds. Even in the “Christian” community (so-called), tragically.

Slander is a serious sin, and according to Paul, slanderers will be barred from the kingdom of God (1 Corinthians 6:9-10).

I have good friends and people who I respect who have been lied about on the Internet, and I’ve quickly come to their defense wherever I’ve seen such lies (as I did with Rick Warren).

Point: Anyone who has profound influence is going to have detractors and enemies. And some of them will go on a personal “smear” attack using distortions and fabrications.

Just look at the things Jesus and Paul were accused of during their day.

History tells us the same thing about John Wesley, Watchman Nee, T. Austin-Sparks, and just about every other servant of God who was turning the sod on important issues during their time.

Many years ago I learned a valuable lesson from a BIG mistake I made. It was a first-class screw up that still haunts me till this day.

I listened to slander about a fellow Christian and I believed it. Thankfully, I repented when I found out the truth, but I still feel remorse over it when it comes to mind.

It’s about a lesson I learned from failure that I’ll never forget.

Rule of thumb: If you read something negative about another person, especially a fellow Christian, take it with a grain of salt. Tilt toward not believing it. Just as you would want others to do if it were you being smeared (Matthew 7:12).

If you’re concerned, go to the person directly to hear their response. There are always two sides to any story (at least). And unfortunately, some people desire to defame others, usually out of jealousy, so dishonesty abounds.

Here’s the post where I shared how I learned this lesson from a BIG mistake I made many years ago: Hearing One Side of a Story

January 8, 2021
What If All Christians Heeded This Simple Advice?
Next Post

January 8, 2021 Bono on Jesus: My Personal Reflections
Recent Comments
5 Comments | Leave a Comment
"The insights Kenneth Bailey brings in Jesus Through Middle Eastern Eyes is just amazing, almost ..."
Graeme Cooksley Paul Through Mediterranean Eyes: Cultural Studies ..."
"I am surprised there are no comments about the Thompson Chain. I purchased my first ..."
David Hill The Thompson Chain Reference Bible
"I purchased a copy of the NET Bible a few months ago from a vendor ..."
jeff q The NET Bible
"Wonderful book. Ken Bailey is one of my favourite Biblical scholars."
Mo Fin Jesus Through Middle Eastern Eyes: Cultural ..."
Browse Our Archives
Related posts from The Deeper Journey 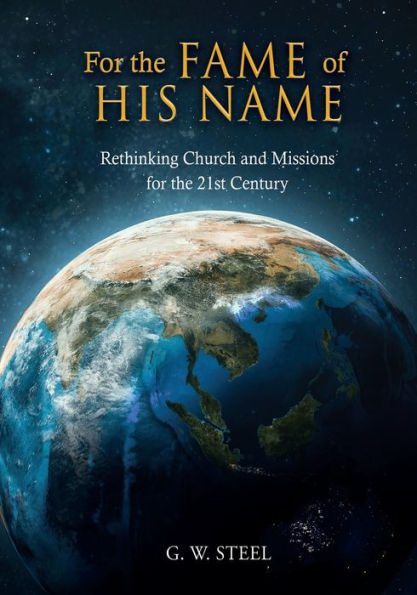 Evangelical
For the Fame of His Name: Rethinking Church...
The Deeper Journey
TRENDING AT PATHEOS Evangelical