Most errors circulating in the Christian world today can be found in the New Testament era. In particular, the two main enemies of the gospel—legalism and libertinism (license to sin)—were both present in the early church.

Galatians was written to legalists—hence the strong emphasis on liberty, freedom, and grace. James was written to libertines, those who presumed on the grace of God and turned it into a license to sin. Thus the book of James is strong on obedience, faith that expresses itself in works, repentance (for the believer), and false faith (or presumption).

The grace of God that is envisioned in the New Testament is amazing, radical, and beyond belief. However, in their reaction to legalism, some Christians have distorted the grace of God into a license for sinning. Interestingly, this same thing was happening in the first century:

They are ungodly people, who pervert the grace of our God into a license for immorality and deny Jesus Christ our only Sovereign and Lord. (Jude v. 4 NIV)

Many years ago I was part of a new church plant where most of the members came out of a religious-based, duty-based, law-based form of Christianity. The person who planted the church was strong on “radical grace.” However, there was no balance in his message, and he ended up ignoring many New Testament texts that show us that God’s grace is not a license to sin but rather an empowering force that teaches us to defeat sin:

For the grace of God has appeared that offers salvation to all people. It teaches us to say “No” to ungodliness and worldly passions, and to live self-controlled, upright and godly lives in this present age. (Titus 2:11–12 NIV)

The result was that licentiousness broke out everywhere in the church. People would flaunt and even evangelize their sin under the banners “we are free in Christ” and “we’re under grace, not law.”

That said, some erroneously teach that because Christians are under grace, all the “hard sayings” of Jesus about taking up your cross, bearing the cross, etc., don’t apply to us today. In fact, some go so far as to say that all of Jesus’ teachings before the cross do not apply to New Covenant believers.

But this teaching is simply false. With the exception of those statements by Jesus that were locally rooted in Jewish first-century culture, the bulk of Jesus’ teachings have direct application for us today. In fact, those teachings are reiterated throughout the New Testament epistles and Revelation.

I’m a strong proponent of the idea that because of the blood of Christ and its power, Christians don’t have to feel guilty. And we are free from condemnation.

However, if a Christian sins against another person, or the Lord, his or her conscience will protest. As I’ve already established, the protesting of the conscience is not to be confused with the accusation of the Enemy. The former is the illumination of the Spirit. Paul referred to it when he said, “do not grieve the Holy Spirit” (Eph. 4:30).

Some people have alarm systems in their home. When the alarm system is turned on, the alarm will automatically go off if a person opens any door in the house. A similar thing happens when a believer opens a door to sin. The Holy Spirit through our awakened conscience protests. This is an automatic result of the spiritual alarm system that we were equipped with when we were born anew. Ignoring that alarm, or inward protest, is to suffer loss.

Is Repentance for Christians?

So what do you do when you open a forbidden door and the Holy Spirit protests in your conscience? The answer: repent. Repentance is a New Testament word. It applies not only to unbelievers but to believers when they engage in sinful conduct or attitudes (see 2 Corinthians 7, which is written to Christians).

I am afraid that when I come again my God may humiliate me before you, and I may mourn over many of those who have sinned in the past and not repented of the impurity, immorality and sensuality which they have practiced. (2 Cor. 12:21)

Repentance means to have a change of mind. Some contemporary writers call it a mental U-turn. Unrepentant sin (sin that a believer hasn’t changed his or her mind about) will produce turbulence in our spirits, and for good reason. In such cases, we shouldn’t ignore our conscience just because Jesus shed His blood for our sins.

We shouldn’t say, “That’s guilt, so I’m going to ignore it. Jesus forgave all my sin.” No, that inward feeling of unrest and regret will remain until we deal with it. By dealing with it, I mean changing our minds about whatever caused our conscience to protest, stopping the behavior, and making restitution with others when applicable. (If we stole something, then we return it. If we lied or slandered, we make it right. If we hurt someone, we issue an apology.)

If a person keeps suppressing his or her conscience when it’s being pricked by the Holy Spirit and keeps ignoring the sense of spiritual unrest due to walking in a way that’s contrary to the new nature in Christ, that person can “silence” his or her conscience, and its voice becomes deadened.

This isn’t something that you or I want.

The fact is, there are spiritual consequences for walking in the flesh even though all of our sins have been forgiven. The Holy Spirit is a person, a real person, and He can be grieved by us as Paul said in Ephesians. He can also be “quenched” by our actions or attitudes (1 Thess. 5:19).

When a Christian grieves the Spirit, it registers in his or her conscience. This isn’t “guilt” or “condemnation”—it’s the enlightenment of the Spirit.

If believers resist, ignore, or push down the Spirit’s illumination, they can “sear” their conscience. This is not a good thing. Regretting our sin is the fruit of God’s work in our lives, and the Spirit will work such attitudes in our hearts if we let Him. Speaking to Christians in Judea, James exhorted those who sinned to humble themselves and sorrow over their transgressions (James 4:1–10). And that’s in the New Testament.

It is the presence of sin in our conscience that hinders the unrestricted communion that we can enjoy with God. But the high-priestly ministry of Jesus cleanses our conscience. This means that the blood of Christ removes our guilt, shame, and condemnation that so often debilitates us.

The author of Hebrews argued that the blood of bulls and goats could never remove “the consciousness of sins” from God’s people. This means that even though the Old Testament high priest shed the blood of goats and bulls to cover the sins of the people, the people were always conscious of their own sinfulness. Their guilt remained. Their consciences still condemned them.

By contrast, the blood of Jesus removes the sin consciousness from our minds, giving us a pure and clean conscience, making us feel as though we’ve never sinned (Heb. 9:1–14; 10:1–22).

How can this be? It’s because the blood of Christ was enough to satisfy God. It was enough to forgive you. And when God forgives, He forgets. The author of Hebrews stated twice that part of the new covenant is that God “will remember their sins no more” (8:12; 10:17).

Consequently, the only people on this earth who should never feel guilty are Christians.

Excerpted from Jesus Now: Unveiling the Present-Day Ministry of Christ.

June 17, 2021 No Hope for Today's Christians in Their 20s & 30s?
Recent Comments
0 | Leave a Comment
Browse Our Archives
Related posts from The Deeper Journey 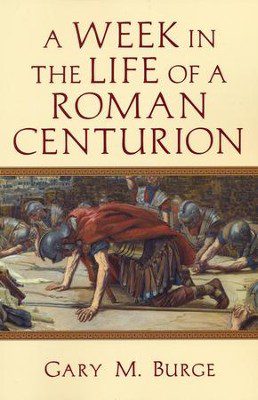