Get updates from Frank Viola delivered straight to your inbox

You’ve heard me use the term “sanctified imagination.” Here’s the first use of the term, as far as I know, back in 1959.

The Value of a Sanctified Imagination

Like every other power belonging to us, the imagination may be either a blessing or a curse, depending altogether upon how it is used and how well it is disciplined.

We all have to some degree the power to imagine. This gift enables us to see meanings in material objects, to observe similarities between things which at first appear wholly unlike each other. It permits us to know that which the senses can never tell us, for by it we are able to see through sense impressions to the reality that lies behind things.

Every advance made by mankind in any field began as an idea to which nothing for the time corresponded. The mind of the inventor simply took bits of familiar ideas and made out of them something which was not only wholly unfamiliar but which up to that time was altogether nonexistent. Thus we “create” things and by so doing prove ourselves to have been made in the image of the Creator. That fallen man has often used his creative powers in the service of evil does not invalidate our argument. Any talent may be used for evil as well as for good, but every talent comes from God nevertheless.

The gospel of Jesus Christ has no truck with things imaginary. The most realistic book in the world is the Bible. God is real, men are real and so is sin and so are death and hell, toward which sin inevitably leads. The presence of God is not imaginary; neither is prayer the indulgence of a delightful fancy. The objects that engage the praying man’s attention, while not material, are nevertheless completely real; more certainly real, it will at last be admitted, than any earthly object.

The value of the cleansed imagination in the sphere of religion lies in its power to perceive in natural things shadows of things spiritual. It enables the reverent man to

“See the world in a grain of sand

And eternity in an hour.”

The weakness of the Pharisee in days of old was his lack of imagination, or what amounted to the same thing, his refusal to let it enter the field of religion. He saw the text with its carefully guarded theological definition and he saw nothing beyond.

“A primrose by the river’s brim

A yellow primrose was to him,

And It was nothing more.”

When Christ came with His blazing spiritual penetration and His fine moral sensitivity He appeared to the Pharisee to be a devotee of another kind of religion, which indeed He was if the world had only understood. He could see the soul of the text while the Pharisee could see only the body, and he could always prove Christ wrong by an appeal to the letter of the law or to an interpretation hallowed by tradition. The breach between them was too great to permit them to coexist; so the Pharisee, who was in a position to do it, had the young Seer put to death. So it has always been, and so I suppose it will always be till the earth is filled with the knowledge of the Lord as the waters cover the sea.

The imagination, since it is a faculty of the natural mind, must necessarily suffer both from its intrinsic limitations and from an inherent bent toward evil. While the word as found in the King James Bible usually means not imagination at all, but merely the reasonings of sinful men, I yet do not write to excuse the unsanctified imagination. I well know that from such have flowed as from a polluted fountain streams of evil ideas which have throughout the years led to lawless and destructive conduct on the part of men. A purified and Spirit-controlled imagination is, however, quite another thing, and it is this I have in mind here. I long to see the imagination released from its prison and given to its proper place among the Sons of the new creation. What I am trying to describe here is the sacred gift of seeing, the ability to peer beyond the veil and gaze with astonished wonder upon the beauties and mysteries of things holy and eternal.

The stodgy pedestrian mind does no credit to Christianity. Let it dominate the church long enough and it will force her to take one of two directions: either toward liberalism, where she will find relief in a false freedom, or toward the world, where she will find an enjoyable but fatal pleasure.

But I wonder whether this is not all included in the words of our Lord as recorded in the Gospel of John “Howbeit when he, the Spirit of truth, is come, he will guide you into all truth: for he shall not speak of himself; but whatsoever he shall hear, that shall he speak: and he will shew you things to come. He shall glorify me: for he shall receive of mine, and shall shew it unto you” (16:13, 14).

To possess a Spirit-indwelt mind is the Christian’s privilege under grace,

and this embraces all I have been trying to say here.

September 4, 2019
Phasing Out the Physical Edition of the Living by the Indwelling Life of Christ Course
Next Post

October 19, 2019 You Can't Love God and Not Love People
Recent Comments
0 | Leave a Comment
Browse Our Archives
get the latest from
Frank Viola
Sign up for our newsletter
POPULAR AT PATHEOS Evangelical
1 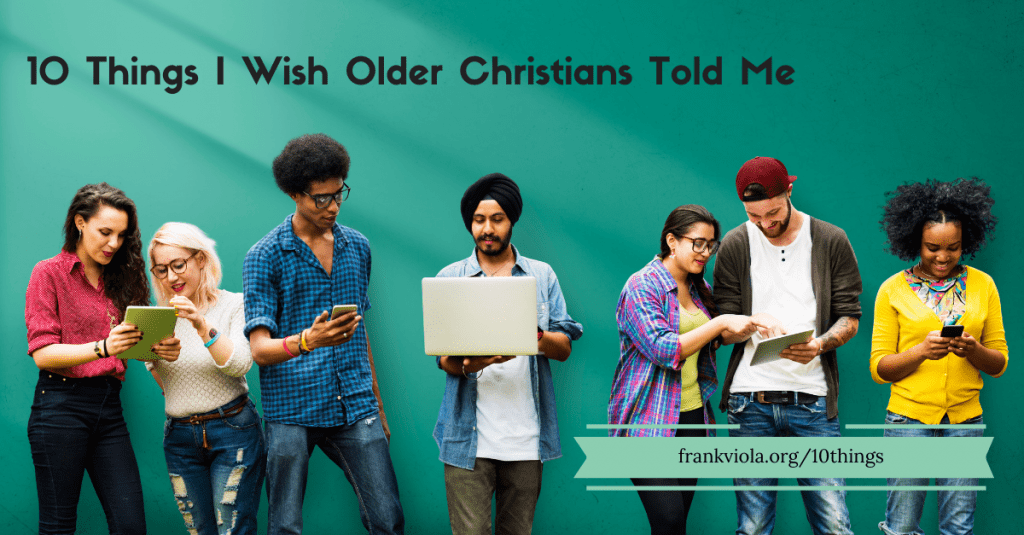 Evangelical
This Will Be the Last Mastermind For People...
Frank Viola
TRENDING AT PATHEOS Evangelical