Unlike the Charismatic SCS and the Quoter SCS, the Pragmatic SCS is chiefly interested in what works. Those who use this style have a nuts-and-bolts approach to life. Appeals to personal revelation do not impress them. Neither do quotes from the Bible. They want to see what is working and what has proved to be successful in the lives of the people with whom they converse. This, they believe, is where truth lies.

Those who hold to the Pragmatic SCS believe that there are no easy answers to the countless theological questions that have raged in the church for the last seventeen centuries. Rather than quibbling about “correct doctrine,” the Pragmatic SCS focuses his or her sights on what is working in the real world. With this in mind, the Pragmatic SCS is concerned less with academic differences and centers more on actual practice. Pragmatics are also willing to “agree to disagree” over theological matters.

Of course, this approach does not sit well with those who are less charitable and more militant in spirit, insisting upon resolving their differences “for the sake of the truth.” While this sounds noble, it often tends toward division and harsh feelings.

Nevertheless, the Pragmatic SCS is always pressing the question “How has this truth worked in your life, in your church, etc.?” Those who do not use the Pragmatic SCS feel uncomfortable with this approach. They believe that such a rearrangement of the conversational furniture betrays the authority of Scripture. Since the Pragmatic style is more concerned with outward effects, it pays less attention to doctrinal precision. Hence, when a Quoter cites a text from Matthew, the Pragmatic isn’t satisfied. He or she wants to know “How does this work out in real life?” Their conviction is that evaluating the practical outworking of a given belief is much richer than merely quoting a biblical text and less likely to short out the conversation.

Those who use different stylistic conventions argue that the Pragmatic approach rests upon shaky ground as a basis for one’s beliefs. They feel that just because a belief may appear to have practical utility, that doesn’t mean it’s valid or divinely approved.

Thus when Quoters and Pragmatics have conversations, both seek to cajole each other into rearranging the boundaries of the conversation so that the other person is conversing according to their playbook. This is largely true with the Charismatic style as well, for if God hasn’t spoken something directly to his or her conversational partner, the Charismatic is apt to reject it, regardless of its practical utility or biblical merit.

It must be stressed at this point that not all who hold to the Pragmatic SCS work with the same premise. For some Pragmatics, the notion of success is a self-evident idea that’s measured by outward metrics like numbers, size, budget, attendance, conversions, etc. For others, the concept of success lies in following Christ and being conformed to His image. However, because of the strong appeal to success and workability, these two versions of the Pragmatic SCS are often indistinguishable by other SCSs.

Ironically, all three spiritual conversational styles honestly affirm biblical authority. But each is too unwilling to hear this affirmation in terms other than its own. For this reason, misunderstandings abound when Christians discuss spiritual and theological matters. When going into such discussions, advocates of each style are often overconfident that they’ll persuade the other with their own viewpoint. But not long after, they discover that they have found themselves dashed headlong into an unbridled, frustrated tension that frequently leads to virtual insanity on the one hand or division on the other.

Understanding SCSs can help us to have more profitable discussions with our fellow sisters and brothers in Christ. The challenge is to swallow our initial reactions to someone else’s SCS and seek to grasp what is behind their less-than-perfect speech style.

In this way, Charismatics, Quoters, and Pragmatics alike will no longer shanghai each other into pointless and unprofitable discussions. Instead, they will learn to listen to what each is seeking to communicate. In addition, each of the three SCSs would do well to learn from the other two. For example, the Quoter should learn the importance of the practical things of life. The Pragmatic should take the Bible more seriously, etc. Understanding an SCS, either your own or that of another, is not a cure-all for resolving a disagreement over a spiritual matter.

Not every theological battle finds its roots in a conflicting SCS. Yet, if we are revising ourselves to better understand the way in which we communicate, we’ll be brought further along in our attempt to learn Jesus Christ from one another.

This series is excerpted from my book Revise Us Again. The book goes into more detail. Endnotes are included as well. 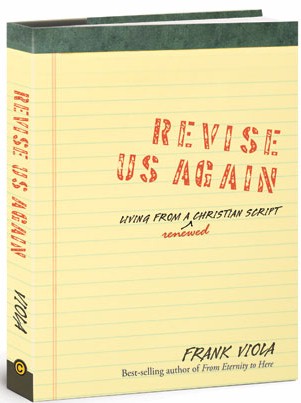 February 9, 2021 Jesus Christ Remixed
Recent Comments
4 Comments | Leave a Comment
Browse Our Archives
get the latest from
The Deeper Journey
Sign up for our newsletter
POPULAR AT PATHEOS Evangelical
1

The Institutions Americans No Longer Believe...
Cranach
Related posts from The Deeper Journey

Evangelical
How to Live by the Indwelling Life of...
The Deeper Journey
TRENDING AT PATHEOS Evangelical