Jeffrey Weima is the author of 1 & 2 Thessalonians: Baker Exegetical Commentary on the New Testament.

This commentary, hands down, is the best treatment of Paul’s letters to the Thessalonians in print.

I caught up with Jeffrey recently to discuss his commentary. 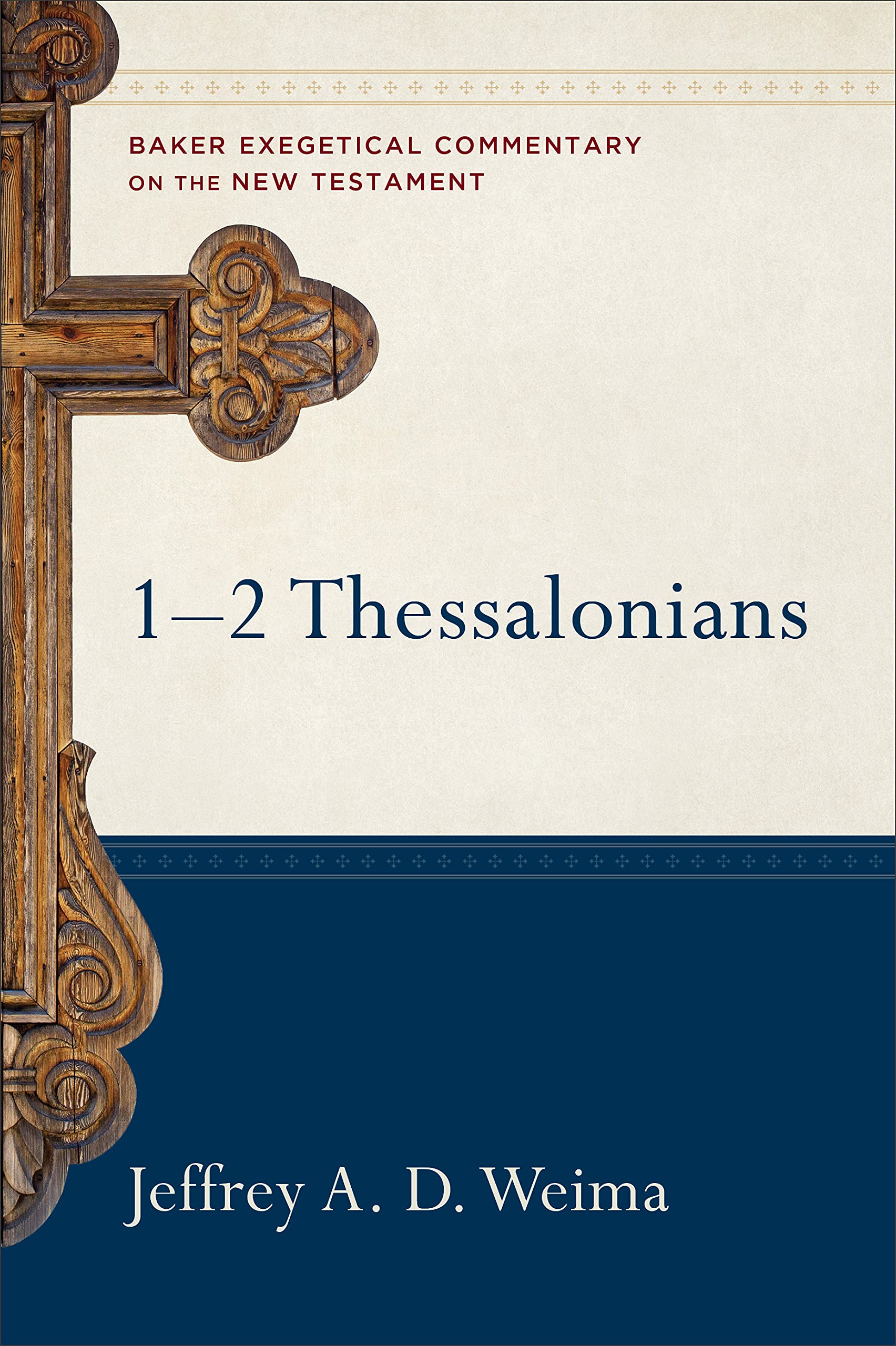 How long did it take you to write this commentary from beginning to end?

The truth is that I am scared to figure this out with precision, since the number will be unbelievably high! I worked on the commentary on and off over a period of more than 15 years. There are 722 pages in the commentary and I spent about one full day (8+ hours) to write one published page, so that means over 700 full days of work. And this doesn’t include the time spent on research.

Based on your research, how large (meaning, how many people) made up of the church in Thessalonica during Paul’s day? And what is the rationale for this estimate?

There is very little information available to determine the size of any early Christian church. But these house congregations were not very large. For the church of Corinth, for example, the Bible mentions the names of 14 men connected with this congregation. If we assume that most, if not all, like Aquila were married (his wife was Priscilla), that makes 28 members.

Three members of this church were wealthy such that they had “households”—not only children but also slaves and freedpersons (former slaves who were freed around 30 years old but continued to live and work in the same household). Thus, an educated guess for the Corinthian church is 40-50 members. The meager evidence available about the Thessalonian church suggests that it was about the same size.

Give us two “aha” moments that shed light on 1 and 2 Thessalonians as you were doing the research for them. Meaning, two things that opened up these letters for you.

There were many “aha” moments over the many years that I spent wrestling with these two letters.

But looking at the letter as a whole more carefully reveals the impressive logic of Paul’s thinking here and the skill with which he wrote the letter. Firstof all, the first and third references to Christ’s return are intended to foreshadow the lengthy treatment of the second coming of Jesus that Paul takes up later in the letter in 4:13-18 and 5:1-11. The reference to “wrath” in the third part also foreshadows Paul’s comment in 5:9 that God did not destine believers on that future day to suffer “wrath” but to “obtain salvation.”

Second, the reference in the second part of 1:10 to the resurrection also looks ahead to Paul’s argumentation in 4:13-18. Here in 4:14 Paul specifically appeals to the resurrection (“Since we believe that Jesus died and rose again …”) as the grounds for his comforting words that the Christians in Thessalonica who have already died will, in fact, be alive and present at Christ’s return and consequently will participate in the glory of that future event. Thus, far from the reference in 1:10 to the resurrection being a “digression” where Paul seemingly drifts away from the main topic of Christ’s return, it is now clear that the apostle in 1:10 not only skillfully foreshadows the topic of Christ’s return in 4:13-18 but even more impressively also foreshadows one of the key arguments he will later use in 4:13-18. Paul obviously wrote his letters with much forethought, precision and talent.

A different kind of “aha” moment involves Paul’s use of a powerful family metaphor in 1Thess 2:7b-8a where the apostle states: “Just like a nursing mother cares for her own children, so we cared for you.” In the male dominated, patriarchal world of the first century, no man would ever compare himself to a woman. But Paul here not only compares himself to a woman but more surprisingly compares himself to a mother and even more powerfully yet compares himself to a breast-feeding, nursing mother! Too many Christians have a negative image of Paul as a domineering, opinionated, bossy guy who runs around telling everyone what to do. Here we have a powerful counter image of Paul who loved and cared for his spiritual sons and daughters in Thessalonica with the same intense love and compassion that a nursing mother has for her own children.

In 1 Thessalonians 4, Paul addresses the problem of sexual immorality. How was the Greco-Roman world of Paul’s day the same as well as different from 21st century America in the area of sexual immorality and the sexual practices that are approved by the society?

1 Thessalonians 4:1-8 is an important passage where Paul speaks at some length about the “sanctity of sex.” The Greco-Roman world of Paul’s day can be justly called a “sex saturated society” in which the attitudes and practices towards sexual conduct were very tolerant and permissible.

For example, men in their 20’s were typically in an arranged marriage involving a woman in her teens, and given the arrangement and the difference in age, men were expected to have a sexual relationship with someone other than their wife. Moralists of that day encouraged men not to sleep with another man’s wife but to satisfy their sexual desires with a prostitute instead. There was no shame connected with prostitution and many leading figures of that day made money from the sexual services of their male and female slaves. Oil lamps in the shape of the male sex organ were extremely common. Roman dining parties typically included entertainment by women, which often involved sex.

The 21st century world in which we live can also be justly called a “sex saturated society.” This means that Paul’s call to the Thessalonian Christians to be “holy” in their sexual conduct involved a radical break with the attitudes and practices of their day that is very similar to the radical break that Jesus followers today ought to have with our culture which reflects an “anything goes” attitude and practice with regard to sex. Paul encourages believers, both then and now, with the good news that God has given us his Spirit who is “holy” (1Thess 4:8), and it is the Holy Spirit who empowers us to be holy in every area of our life, including our sex life.

How did Paul’s letter (1 Thessalonians) get to the Thessalonians? If we don’t know, who may he have sent (educated guess)? Perhaps Timothy again or someone else?

There was no mail service in the ancient world, and so all letters—including those of Paul–had to be hand delivered. The apostle had to find someone who not only had the financial means to travel but also who could be trusted with his valuable letters and ensure that they would reach their intended audience. Three of Paul’s letters provide the name of the letter carrier at the end of the document in keeping with the letter writing practice of that day.

His letter to the Romans was delivered by the wealthy woman from the port city and church of Cenchrea, Phoebe (Rom 16:1-2), while Ephesians and Colossians were delivered by Tychicus (Eph 6:21-22; Col 4:7-9), otherwise known as “Mr. Lucky” (Tychicus means “luck, fortune”). We don’t know for certain who delivered either one of the two Thessalonian letters. Timothy is a good candidate, since Paul sent him to Thessalonica to minister to the “newbie” Christians there (1Thess 3:1-2, 5), after Paul and Silas were run out of town (Acts 17:10), and Timothy later reported back to the apostle all that was happening in the Thessalonian congregation (1 Thess 3:6).

You have a smaller commentary on 1 & 2 Thessalonians put out by Zondervan. Tell us about that one.

My Zondervan commentary on 1 & 2 Thessalonians is indeed quite a bit shorter (only 41 pages) and much more “user friendly,” since it contains color pictures, bullet points and sidebars. It also reflects my earlier and less mature thinking about these two letters. I would thus encourage people to spend the extra money on the larger commentary and also spend the extra time working through that Baker commentary.

What else would you like readers to know about the big Baker commentary?

Although my Baker commentary is long and detailed, it is nevertheless very readable! That is not only my (admittedly biased) opinion but also that of many who have used this commentary and taken the time to send me a note of appreciation for it. The big Baker commentary also provides the reader with the most detailed explanation of 1 and 2 Thessalonians available in print, and one that is also decidedly conservative and evangelical in perspective. 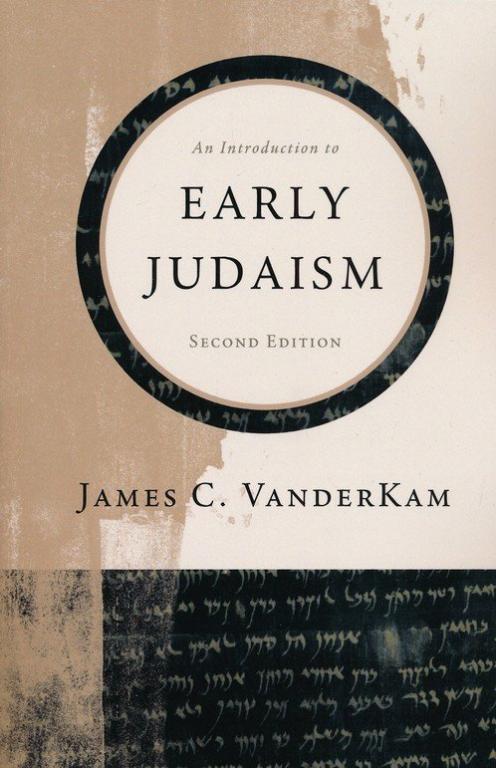 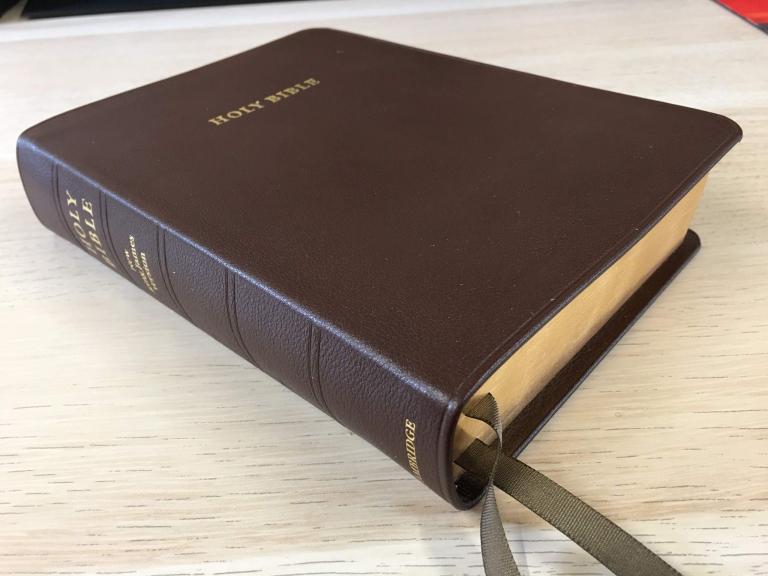