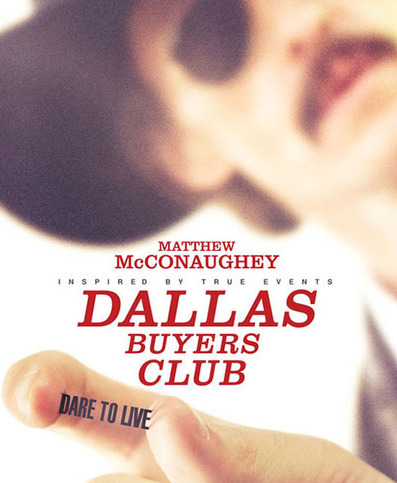 I may have been the last person on earth to do it, but I just saw “Dallas Buyers Club.” So good. No wonder it won three Oscars.

Near the end, in the courtroom scene, I thought of you. (I confess, I’m always thinking of you!) Even if you haven’t seen “Dallas Buyers Club,” this will make sense to you — and it won’t spoil the movie.

It’s when Ron (Matthew McConaughey) goes to court to seek permission to use the drugs he has gotten in Mexico to treat his AIDS. The judge empathizes, he says, because he knows people are dying, and these drugs and supplements are helping, but he can’t do anything about it because he has to uphold the law — and the drugs are not approved in the United States.It’s a perfect picture of legalism: law receives higher priority than people. That is legalism in a nutshell. It was a problem with “Dallas Buyers Club” — and it’s the problem with church.

People were dying. It was a crisis situation. No one had answers. These drugs were helping. Yet the judge put the FDA regulations above people. He said, “I know, the FDA was put in place to protect people, and here they’re being used to hurt people — but I have to uphold the regulations.”

He could say, “The FDA is for people; and in this case it’s hurting people; you FDA boys go fix the regulations so they help people instead.” Why not?!? If the judge couldn’t do that because he was bound by the law, then that’s a breakdown in the system.

Every time religious leaders brought their laws to Jesus, they expected him to say (like the judge), “Oh, you got me! I can see this law is hurting people, but we’ve got to stick with the law.” No, and no. Jesus never prioritized law over people. He said, in essence, “You put that away! Don’t ever make law more important than people! Don’t you know people are more important than laws? The law was made for people, not people for the law. Come on, now!” He did it here and here.

Both these situations have the same rotten core: greed and selfish gain of the “legalists.” The drug companies manipulated the FDA to push dangerous meds and prohibit life-saving drugs and supplements. They threw those who were dying of AIDS under the bus so they could line their own pockets.

Likewise, the religious leaders wanted Jesus to back them up on their own plans for selfish gain. They trotted out laws, just like the FDA, to say, “See, here? You have to support us. The law says so.” But they could never trick him. Instead, Jesus called them out on their abuse.

Unlike the judge, Jesus wasn’t manipulated by those legalists. Instead he said, “Now go and learn the meaning of this Scripture: ‘I want you to show mercy, not offer sacrifices.’”

Every one of us who claim Jesus’ name likewise need to find out what it means that God wants us to prioritize mercy, not the law. 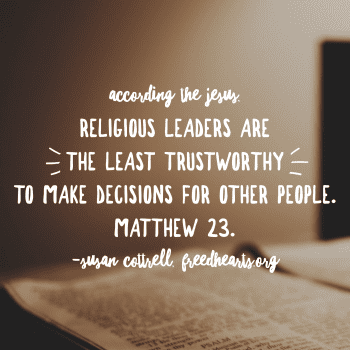