How to Deal With Christians When You’re Gay

How to Deal With Christians When You’re Gay September 2, 2014 Susan Cottrell 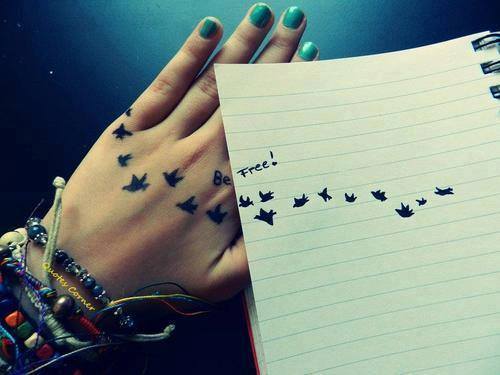 Danielle is gay. She is a Christian. She doesn’t hide either. That means that she is the focus of attack, condemnation and “well-meaning” Christians trying to save her soul. But Danielle does a great job at dealing with those people and answered her friend about how to deal with Christians they don’t agree with.

Here is Danielle’s message to her friend…

Sometimes gay kids who grew up in the bible belt still carry all the same values just with a confused view on their beliefs. I’m sure he is in a constant mind game trying to always figure out what he really does believe. However, even that takes a toll on a person and sometimes it’s just easier to slowly find your way. God isn’t a God that is constantly “waiting” on us to “come back to him”….God is WITH us even when we don’t know it. God is always with us. I just hope he always knows that too. Nobody has to tell him…we just pray God keeps bringing peace and love into his life. That’s the true side of God on earth….when we find those two things on this side of heaven. Peace and Love.

I don’t exactly know enough about Dan Cathy to say much on him….and the Phil Robertson ordeal…bleh…that whole situation and clip of him preaching one sunday about made me throw up. He may have a heart for God…but he has a twisted view on how he needs to show it. That may sound blunt or mean, but it’s still got some truth to it, because he caused more issue with labeling body parts and their uses than the purpose of marriage in general. Ha. Marriage is NOT sex. Sex is NOT marriage. We know the role it plays…and he’s wrong on how he laid it out for us.

As far as a “christian’s role” in how to go about sharing their beliefs…honest to goodness…the way people are taught in churches these days, more so in the south, is how to “save souls.” IF that is their mission, then however they think they are supposed to lovingly tell someone they believe they are “wrong” and are “going to hell”…we shouldn’t criticize too much. I don’t have a problem with christians because they wanna “save my soul”…i have an issue with how come they don’t try looking at the bible and God differently from the way they were raised. Why don’t they? What are they scared of?

When Jessica and me moved to NY in fall 2010…that was the same year we first got together. I told her I wasn’t gonna just walk out and say “i cant do this” without making SURE God was not ok with it. Because I needed to believe I had freedom to find out. And God gives us so much freedom to SEARCH. it’s great! Well, we read the bible from Genesis to Revelation. And after I read it, my questions weren’t the same questions I used to have. So the answers I was looking for…were unnecessary. I found GOD. I found TRUTH. I found LOVE. and I continued reading authors who thought differently…and kept pushing myself to explore other beliefs…until now I pretty much have my core beliefs…and other beliefs that may come and go but it’s just kind of like tuning up. Point is, I hate to say it, but we have to just let the christians who want to remain in their thinking “we must save them”…to keep doing whatever they are doing. Because until they stop thinking “it’s my job to save them”…then nothing will ever change.

They have to be open. They have to search themselves. They have to finally come to see God for who God is. A God who created us…and knew one day he was gonna save us. And it’s done. And the rest is for us to live our lives by the guidance of our heart-law. What’s good for me in my life may not be good for someone else. If something causes me to stop loving God and stop loving others…then I wake up and look at is as something I need to change. The Holy Spirit is real and once we come to trust that…we try to let the Holy Spirit lead us. And even WHEN we fall short….God’s grace is more than we can ever ask, imagine, or understand.

So I don’t really know what to say to a lot of christians anymore. I rarely can get anywhere with most of them. Because it’s not my place to try to convince them of my belief. I just say, “I believe in God and God’s saving grace.” and if they don’t think it’s “as good” as I think it is…then, we just say, “ok we feel differently.” and I pray we can still be friends anyway.

I don’t know if any of that helps. But that’s pretty much where I stand on things. I rarely talk/debate anymore with people because either they don’t talk to me anymore, or it’s not worth the energy for me. I am a christian…i believe it all. It’s just a hard label for me to wear. It comes with a lot of baggage…sadly. I’ve seen what my friends who have been “judged” by the label think…and I’d rather say I’m just a person who loves God. (and Jesus…but one in the same for me Like I told my mom, hang with people who already think pretty similar to you about God’s love and grace and you won’t have to “battle” so much. And then when the opportunity comes when someone IS searching…let them come to You. God opens so many doors in time.

August 29, 2014
Dear Susan: How Can I Unconditionally Love My Gay Son?
Next Post 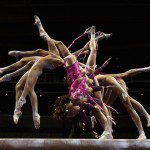 September 3, 2014 Our One Wild and Precious Life
Recent Comments
4 Comments | Leave a Comment
Browse Our Archives
get the latest from
FreedHearts
Sign up for our newsletter
POPULAR AT PATHEOS Progressive Christian
1

Things Christians Think and Do Not...
Honest to God