Do You Trust The Church? 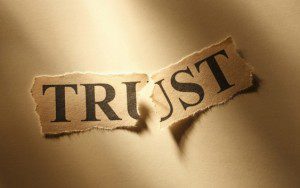 What image comes to your mind at the word “church”? You may remember it fondly as the place where people loved you no matter what, and you enjoyed coffee between services. Or it could be where an abusive authority told God was angry at you, and you’d better shape up or God would ship you out.

Ask 50 people for their emotional response to their church, and you’re likely to get 50 responses.

But this is certain: people’s perception of church is not what it used to be.

That’s what many churchgoers don’t seem to grasp right now.

“When outsiders claim that we are unchristian, it is a reflection of this jumbled (and predominately negative) set of perceptions. When they see Christians not acting like Jesus, they quickly conclude that the group deserves an unchristian label. Like a corrupted computer file or a bad photocopy, Christianity, they say, is no longer in pure form, and so they reject it. One quarter of outsiders say therefore most perception of Christianity is that the faith has changed for the worse. It has gotten off-track and is not what Christ intended. Modern-day Christianity no longer seems Christian.” David Kinnaman, unChristian: What a New Generation Really Thinks about Christianity… and Why It Matters

I’ll tell you exactly why.

Many prominent evangelical church leaders today are debating how to deal with people’s ‘sin’ – as they pick and choose – instead of how to love people.

That is the problem of the non-affirming, behavior-focused church. It centers around absurdly arrogant church leaders randomly and hypocritically judging “others.”

“Arrogance is perhaps the most socially acceptable form of sin in the church today. In this culture of abundance, one of the only ways Satan can keep Christians neutralized is to wrap us up in pride. Conceit slips in like drafts of cold air in the winter. We don’t see it, but outsiders can sense it.” David Kinnaman

The solution: stop judging (it’s NOT our job); start loving (it IS our job).

That’s all it is! 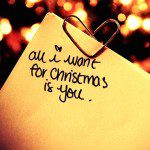 December 15, 2014
A Plea to Moms & Dads: Welcome Your Gay Child Home for the Holidays
Next Post 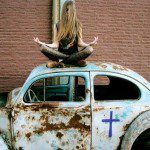 December 18, 2014 Don't Be A Peacekeeper
Recent Comments
0 | Leave a Comment
"" I’ve read the words of Jesus, and I cannot find anywhere that he asks ..."
C Nault Religious Liberties: It’s Not Biblical!
"There is a difference between reading the bible and reading about the bible. When you ..."
Bob Shiloh How the Duggar Sh*t Show Reveals ..."
"What your trying to sell here isn't Christianity. Try reading the rest of the Bible."
MISTER XRISTIDIS How the Duggar Sh*t Show Reveals ..."
"Hey, just though to ask how things are going in your life now. Hope it ..."
JD From A Mom… If You Were ..."
Browse Our Archives
Related posts from FreedHearts