To a Church That Dehumanizes Gays 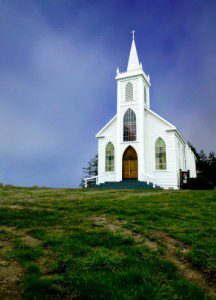 “We need to attend church somewhere that is farther along in wrestling with these complex issues, somewhere John and any of his LGBT friends can join us if they wish and hear about God’s grace without having to feel defensive or ‘less than.'”

This is a letter my friend wrote to their church.  It beautifully expresses the need for churches to love LGBTQ. It’s worth the read.

Last time we talked with you, we said we needed to take a break from attending Hillcrest over the summer. We want to fill you in on where our journey is taking us. We felt we could articulate it better in a letter than in a conversation, but we don’t mean to be impersonal. We’re happy to talk with you more in person if you want.

Here’s the biggest thing in our journey. We know the people at Hillcrest are loving folks. We see it in so many ways, and you know exactly what we’re talking about: people taking friends to chemo treatments, or helping clean up fallen trees after a storm, or baking gluten-free goodies for our special-diet folks. So many examples come to mind. When people put themselves in another person’s place and walk alongside them, it looks like Jesus.

But when it comes to gay people, what we hear at Hillcrest and from the broader evangelical culture is downright dehumanizing. You might be tempted to dismiss this and assume that we’re overly sensitive and that Hillcrest folks are not saying anything unloving to gay people. Please don’t dismiss what we’re about to say. (Yes, we’re listening differently because our son is gay. But if that disqualifies us from being heard, it’s a far bigger problem than the current conversation.)

We aren’t going to list specific examples of statements that sound unloving, because we don’t “collect ammunition” to use against our friends. And because it’s really the evangelical rhetoric that we take issue with—the way evangelicals frame their response to homosexuality, and the choice of Hillcrest leadership to go along with that rhetoric.

What we hear from the pulpit and from conservative Christians about homosexuality is that there are only two things we need to know: 1) homosexuality is a sin, and 2) same-sex marriage is wrong. That’s it. Never do we hear gay people mentioned in the context of mercy, grace, or even as regular people. It’s ALWAYS in the context of sin. We hear it from the pulpit, and when homosexuality comes up in conversation, that’s what churchgoers parrot. That’s all we need to know. End of discussion.

It’s hard to put ourselves in the place of a teenager who grows up believing what he’s heard and then begins to realize that he is one of “those” people who are inherently sinful in some monstrous way. It’s hard to put ourselves in his place because: 1) we think immediately about gay sex and get grossed out; 2) we’re afraid that if we really get to know a gay person, we might start compromising on the Bible verses that seem quite clear, and who wants to go there?; 3) we are afraid we’ll “endorse his sin” if we treat him like we do other friends; and 4) we’ve been conditioned to think about LGBT people in terms of “us” and “them.”

So we have a huge empathy gap. We have no idea how our words sound to a gay person, or to the brother, sister, mom, or dad of a gay child. We have never even wondered. It’s just not on our radar. The same kind of empathy gap has been a symptom of horrific human rights abuses throughout history. For Christians, the “us” / “them” mentality should be a big fat red flag, not a rallying cry.

Since we know it’s hard to put yourself in a gay teenager’s place, maybe this will help. We’ve been listening to the stories of LGBT kids and adults who have grown up in conservative churches. We hear the same experiences come up again and again, even among those who still attend church and have chosen celibacy:

Two of the Christian families we know have lost their precious gay children to addiction and suicide.

“But we love gay people,” evangelicals say. As if not holding Westboro picket signs qualifies as love. As a church, as an evangelical culture, we are not loving gay people. If we are mistaken and you can think of tangible ways the church imitates Christ’s love toward LGBT people, please tell us.

The evangelical rhetoric about homosexuality—the way we frame our response–

Please note that we’re not even talking about the conservative-vs-progressive debate about whether homosexual relationships are sinful. We’re talking only about the rhetoric evangelicals use—how they frame the topic—and the unintended consequences of that rhetoric.

Our journey has brought us to the point where we’re not sure the conservative response to homosexuality can be reconciled with the command to love our neighbors as ourselves. Maybe it can. But as long as evangelicals defend the “us” / “them” mindset, it won’t. The empathy gap makes it impossible to walk alongside a gay person and love them the way Jesus does.

Our journey has brought us to the point where we don’t feel we’re equipped to defend either the traditional interpretation of the New Testament “clobber” verses (which says homosexuality is a sin, period) or the progressive interpretation (which says those passages were really about rape and idolatry and don’t help us with the question of committed same-sex relationships). Those arguments hinge on translation nuances and Greco-Roman culture, and we’re not experts on either of those things. The best we can do is side with the Bible scholars who tell us what we want to hear—and that doesn’t seem very honest.

Instead, we are committed to living out what we know to be true: That Jesus hung out with sinners, touched sinners, ate with sinners, died for sinners. That we are the sinners, and there is no “them.” That to sit quietly through a sermon or conversation in which gay people—or any other group of people—are painted as a vague, shameful enemy is to dishonor the God who made them in His image and to distort the gospel; we can’t endorse that.

Here’s why it’s so important that we tell you what’s on our hearts. If we disagree on a theological issue, that’s small potatoes. Christians disagree over that stuff all the time. But if it’s true that the rhetoric we support marginalizes or oppresses any group of people, or pushes people away from the gospel—as we believe it does LGBT folks—we need to be on our knees asking forgiveness.

Gay people often know they’re “different” when they are very young—way before they even relate that difference to sexuality. What they hear as they grow sets them up to question whether God even loves them. Are we causing these “little ones” to stumble? It’s a question we need to be asking.

We don’t have the answers about a theology of sexuality or about how to love our gay neighbors within a conservative biblical framework. But the world is watching. Our Christian teenagers and college-age kids are watching. There’s a lot of disillusionment that what conservatives are “about” is something other than the love of Christ. The church needs to be approaching this topic with humility and love. So far, that’s not what we’ve seen. We have seen the very human cost of unloving rhetoric, and we are grieving.

We are also seeing an increasing number of church-going Christians who are facing a deep conflict—just as we did long before John came out to us—and they don’t feel they can talk honestly about it with their pastors. One author describes us as:

“good people who are struggling with their belief that their natural love and compassion is at odds with what the Bible is telling them about LGBT people. On the one hand they have Jesus explicitly commanding them to love their neighbors as they love themselves; on the other hand they have Paul, whom they have been . . . taught to believe is telling them that gay people—just because they’re gay—are an offense to God. So they’re stuck between those two opposing forces.”

Is God telling us that we must be unloving toward gay people? How do we do that and still believe that God IS love? Because more and more, Christians are getting to know gay people who are really nice, and not very different from “us.” When the church answers our struggle with the same old rhetoric—that homosexuality is sin, and same-sex marriage is wrong, and that’s all you need to know—it’s missing the mark in a big way. It’s not respecting gay people, or their families, or the people whose hearts are being torn in two and are looking for real guidance.

We’re aware how divisive the gay “issue” has been among Christians, and we do not want to add to that. We do feel compelled to challenge you and our Hillcrest family to prayerfully consider the impact conservative rhetoric has on the people God loves, and the impact it has on the way we reflect the gospel in our community.

From our earlier conversation with you, we have the distinct impression that remaining at Hillcrest with our changed perspective would probably be divisive. Correct us if we’re wrong, but we thought it was pretty clear.

So we’re concluding that we need to attend church somewhere that is farther along in wrestling with these complex issues, somewhere John and any of his LGBT friends can join us if they wish and hear about God’s grace without having to feel defensive or “less than.” We will leave the rest up to God. This is hard, because we all, including John, love the people at Hillcrest.

P.S. There is one article we wish all pastors and Christians would read. It tells you, far better than this letter, where our hearts are. It’s “Gay Marriage and the Posture of the Gospel,” by pastor Thad Norvell. (Don’t worry, it’s not really about gay marriage.) This, to us, is what the whole deal is about. 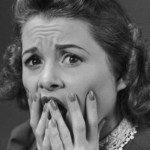 January 14, 2015
7 Reasons the Church Should Be Afraid NOT to Affirm LGBTQ
Next Post 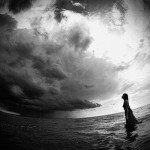 January 21, 2015 It's A Matter of Life or Death
Recent Comments
0 | Leave a Comment
Browse Our Archives
Related posts from FreedHearts