7 Reasons the Church Should Be Afraid NOT to Affirm LGBTQ 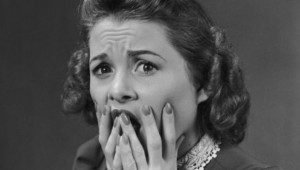 “What if you’re wrong about defending gays?” A dear friend asked me this yesterday, with sincere concern about my ongoing advocacy. Then the followup, “Aren’t you afraid of leading people astray?”

This seems to be the underlying fear for so many in the church.

What if homosexuality is wrong, as they’ve been taught since birth, in the church and in the culture?

Fear has so consumed the church and larger culture on this issue, fear it has been spoonfed for decades, it hardly thinks to turn the question around on itself.

SO I ask the one afraid of homosexuality: What if YOU’RE wrong?

What dire consequences await if you simply lay down this battle and embrace people – your neighbors and children – and stop trying to change them? What if you simply loved people who are gay or trans, even if you don’t understand it?

What if those few verses – that in truth address issues like excess lust, gang-rape of angels, sex with slaves, young boys and temple prostitutes, idol worship – have absolutely nothing to do with same-sex relationships based on the love and mutuality of two willing partners? What if those verses are all about abuse of power and nothing about marriage equality? What if a devastating distortion of interpretation has occurred and you can’t see it?

This is in fact the case.

A serious study of the context and language will show that these verses have nothing whatever to do with the LGBTQ people we know today. And this is nothing new. Church and cultural history is rife with fear that has kept them locked up in wrong interpretation, in wrong thinking.

Wrong thinking has consequence! Fighting to preserve a handful of mangled passages has cost real lives, in real time, and plenty of them. It has destroyed families, destroyed churches, and resulted in countless deaths and suicides.

What if affirmation is not the error, but refusal to affirm is the terrible and costly error?

The culture is rapidly moving to ‘normalize’ people who are LGBTQ, up to and including marriage equality, like it or not.

If you plan to stand firm against affirmation, in God’s name, I ask again: What if YOU’RE wrong?

If you are wrong, you have grievously sinned against your neighbor, and trampled countless verses from the Bible you claim to live from. Let’s take a look at just a few.

The cost of this is staggering.

If you are going to be afraid, be afraid not of accepting LGBTQ people… Be afraid of rejecting them.

Jesus had a special place in his heart for the oppressed and marginalized, those religious leaders deemed as “less than” or “others”. He forgave when others and the law demanded condemnation. He lifted up those who were beaten down.

Jesus welcomed and loved. Always and in all ways.

If we claim to follow Jesus, let’s do the same. 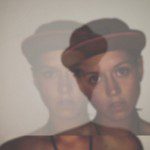 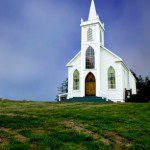 January 19, 2015 To a Church That Dehumanizes Gays
Recent Comments
0 | Leave a Comment
"" I’ve read the words of Jesus, and I cannot find anywhere that he asks ..."
C Nault Religious Liberties: It’s Not Biblical!
"There is a difference between reading the bible and reading about the bible. When you ..."
Bob Shiloh How the Duggar Sh*t Show Reveals ..."
"What your trying to sell here isn't Christianity. Try reading the rest of the Bible."
MISTER XRISTIDIS How the Duggar Sh*t Show Reveals ..."
"Hey, just though to ask how things are going in your life now. Hope it ..."
JD From A Mom… If You Were ..."
Browse Our Archives
Related posts from FreedHearts