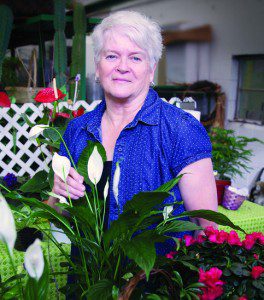 Another lawsuit lost by a florist who refused to sell flowers for a gay wedding. Baronelle Stutzman faces more than she probably anticipated when she said no. According to the article in Think Progress, this is one in a series of such losses.

“The decision follows a near-identical ruling in Oregon last month against a bakery that refused a cake to a same-sex couples. The string of losses in similar cases follows back to an Iowa wedding venue, a Vermont reception venue, a Colorado bakery, and a New Mexico photographer who all similarly tried to refuse services related to a same-sex commitment ceremony. All of those states have laws protecting against discrimination based on sexual orientation, but there are still 29 states that have no such laws.”

What is going on here? We’ve got LGBTQ couples who want equal access to services (as anybody would), and we’ve got Christian service-providers who want to refuse services based on selective religious conviction (as has become a habit). One side does not want to be discriminated against, the other side fears going against their conscience. A seemingly irreconcilable difference.

Well, it’s legally reconcilable, as we watch courts reconcile case after case, often in favor of the LGBTQ couple.

But hearts are as far apart as they’ve ever been. Christian business-owners feel misused, abused, and unfairly attacked for their faith. They believe they must sacrifice their religious convictions or jeopardize their businesses.

That, right there, is what I’d like to speak into.

…because this is totally reconcilable! Let me show you what I mean.

This florist, Stutzman, represents a large number of nonaffirming Christians. Listen to her thinking here, after the attorney general sued her for refusing to provide flowers for a gay wedding.

“Following the ruling, Stutzman claimed, ‘The government is coming after me and everything I have just because I won’t live my life the way the state says I should. I just want the freedom to live and work faithfully and according to what God says about marriage without fear of punishment.’”

That right there summarizes her heart’s desire: “I just want the freedom to live and work faithfully and according to what God says about marriage without fear of punishment.”

Paradigm One: She believes God designed marriage to be between a man and a woman. No one will ever convince her otherwise, I’m pretty sure. Nevermind “the right side of history.” Nevermind the incredible social change in her lifetime. Nevermind the context of a few random Bible verses. Nevermind that the argument against interracial marriage has long since been abandoned, though the Bible says much more about that than “being gay.” None of that will change her mind. This is her deeply held religious belief, and it is not going away. Furthermore, she has the right to believe it. (Stay with me…)

Paradigm Two: She misunderstands her obligation in response to her belief about marriage. She claims the name Christian. How does Christ ask her to respond? He asks her to love, to help, to honor, to serve, to give – all kinds of things that are not really our preferred response – and that is the sum total of her obligation. Christ tells her very clearly, several ways, not to judge others. Let God handle others’ “rightness and wrongness.”

That’s where Paradigm One and Paradigm Two collapse.

So she doesn’t approve of gay marriage? So what? What does that have to do with what Jesus asks of her? Where does Jesus ask her to approve of same-sex marriage before providing a service for that marriage? Nowhere. Literally.

But box-churches* do ask that. They put the burden on Christians to define others’ sin and then somehow limit it. They ask her to make a judgment call about someone and then respond to them based on that judgment. This box-teaching* asks her to somehow draw the line on what she sees as sinful behavior. It confuses our own religious beliefs with imposing those beliefs on other people. This distorts the gospel of Jesus beyond recognition.

This woman has a strong commitment to God – that is clear. If you watch this short video from that perspective, even if you strongly disagree with her refusal, as I do, you might even feel sorry for her. Honestly, I have no doubt that she is a lovely person who has done what she believes is right, only to find herself regrettably paying an extremely high price for it. She has to feel hurt and angry and confused. And Christians who watch it feel justified to feel angry that we have let marriage come so far that now people like this woman are put time and again in such a position.

But that is because of Paradigm Two, in which Christians are taught that their responsibility to God includes stopping others’ behavior. How did Christians become Sin Police? That is a crushing responsibility. How could they possibly do that? No wonder Christians who believe this are angry – it’s a ridiculous expectation!

I know what Jesus asks. I have read the Bible. I have a personal relationship with Jesus. Jesus asks us to love. Love God and love others. Love outrageously, earth-shatteringly, beyond reason. Go the extra mile. Do more than is expected.

To love others well is an extremely high calling – and it’s the main job Jesus gives us. More than enough to keep us busy! Christians who actually love people well have an irresistible aroma that draws people to them like chocolate chip cookies baking in the oven.

When we act as the Sin Police, we stand out in a smelly way like lingering dog poop stuck on a shoe.

It sounds like Baronelle Stutzman did love this man well, the one who was getting married. She provided the flowers he gave his partner prior to marriage, during the nine years they dated. But then she said no about the wedding. Why did she draw a line?

You see the dilemma? She put herself in the position of judgment, to determine right and wrong – a judgment we were told not to make.

But it turns out to be a sliding scale of judgment: she decided it was okay to provide flowers for their courtship but not for their wedding. Does the Bible support two men dating but not marrying? You see how convoluted this gets?

Besides that, beliefs about same-sex marriage vary widely, even among faithful followers of Christ. Many people – including me – believe that neither God nor the Bible (read properly) condemn same-sex marriage. Many others believe they do.

But that has nothing to do with what Jesus lines out for his followers.

He gave us clear instructions. He did not give us an escape clause for someone we deemed too disobedient or sinful for us to follow those instructions.

This is where some churches, pastors, doctrines, have failed, as they teach their people to judge others unfavorably and then to decline to treat them the way Jesus specifically said to.

Baronelle Stutzman’s life never had to get to this point. Bible-believing Christians are given the charge to love others, regardless of their condition of “sin” – or not sin.

Her true religious convictions are not in conflict! Jesus said when we serve the least of these, we are serving God.

Jesus showed us this in the Good Samaritan [an inflammatory story, by the way, as Jews hated Samaritans and vice versa]. That Good Samaritan helped the beaten man lying on the side of the road. He did not inquire why the man was beaten, he just went above and beyond the call of duty to help him… after two religious leaders had already crossed the road to avoid having to help him.

One conservative Christian site ran this headline on Stutzman’s story: “Grandmother may lose her home over same-sex wedding.”

But it is not gay weddings that may cost her home. It is the box-teaching that to be a faithful Christian, she has to weigh in on their marriage. How could that possibly be? How could we be held responsible for others’ marriages? That’s crazy talk… and it’s being taught day in and day out.

Some months ago a friend of mine asked me about this case. He is a pastor who actually knows this woman. He said, “She is likely to lose her business, even her home, over this. Do you think that’s right?”

I said, “It never should have gotten to this point, because she was wrong not to provide the flowers. She runs a business open to the public. Jesus never told her to decide who is living in a way that deserves service. She took a wrong turn when she decided that was her job.” I didn’t need to list other things people do that she judges as sin, who still buy their weddings flowers from her. It is erroneous teaching that has put this woman in an untenable position.

She does not live in a vacuum. She learned this teaching faithfully in the box-church culture we live in. In twenty years, a woman in her position will provide flowers for same-sex weddings because the culture would have shifted, even if she personally disagrees with it. I’m sure some florists still believe interracial marriage is a sin, an abomination even, but the culture will not support their “right” to refuse service.

The state has a proper state interest to step in as it did. The state cannot let businesses refuse service to racial minorities or any other group of people. The state does not require Stutzman to violate her conscience by marrying a woman, only to serve people… gay couples like everyone else.

The state only requires Stutzman to treat gay couples the way Jesus told her to.

*Box-church is one that makes everything to fit in a box, and what doesn’t fit is cut off. LGBTQ people don’t fit the box, so they are cut off. Box-pastors, box-doctrine, box-christians are all about making everything fit, nice, neat and well labeled. Exactly like the religious leaders Jesus excoriated. 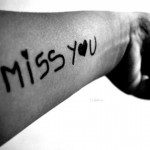 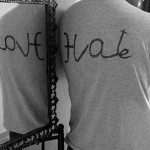 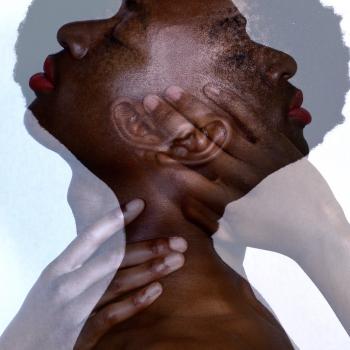 Progressive Christian
WHAT OUR BODIES ARE SAYING
FreedHearts