The Dangers of Life in a Male-Dominated System 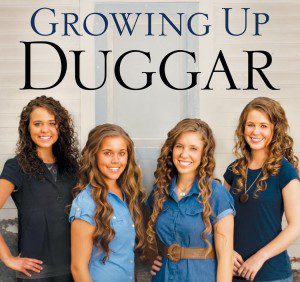 Sweet Readers, I write today to talk not just about the Duggars specifically but about something much bigger: the worldview that encompasses the Duggars. This worldview has built and is now the structural support of their thinking.

No true healing will come to the Duggar home unless and until they begin to dismantle the structure.

Here is the structure: a male-dominated, hierarchal, patriarchal system, and which is set up to practically insure abuse. This system breeds abuse for several reasons:

Really, I’ve seen it. I know families like this. I’ve heard it defended on “biblical” grounds. When you look through that framework, you see that to blame the girls for their abuse is inherent in protecting the men. Horrific. Blame-the-victim is an old, old trick, used by bullies for the millennia. We have worked societally for a long time to change that perspective.

Survivors of sexual abuse are not guilty, are not to blame, didn’t bring it on themselves, period. It deeply troubles me that we are still fighting this battle. Even more damaging than the act of abuse itself is the cementing of the inherent shame of abuse by blaming the one it happened to. Very unfair, very untrue, very wrong.

But this system requires blameshifting in order to work. Those in charge cannot allow the men to be brought down (especially by underlings such as women). You see where I’m going?

Counseling? Fuhgeddaboudit! Counseling (competent counseling that could actually help) threatens the system. It’s not going to happen. “We’ll deal with it ourselves,” is the normative response because it allows the structure to remain. A competent outside professional would turn over too many stones, discover too much underneath. Male leadership is not conditioned to value true healing and wholeness; they are inculcated to value power and authority. I’ve observed families just about as enmeshed as the Duggars, and as I said, fuhgeddaboudit!

The homeschooling curriculum the Duggars promote and use is the same exact thing: the cultic Bill Gothard’s ATI.

Gothard was forced to resigned after denying allegations of sexual harassment or assault of 34 women. (Thirty-four women!) Here’s the article. He denied it all, natch. What’s he going to do? Admit it? How many men do we have to watch go down in flames for crimes they have gotten away with for years before we admit the reality of the power structure that gives them privileged access to reprehensible behavior and then be protected?

When it’s a girl in trouble in the family, let’s say she gets pregnant, she will feel the full weight of responsibility, because that is the plight of girls in these paradigms. But when it’s an heir apparent, the responsibility must be lifted from him and placed on the girls. He has better things to do than take responsibility for his actions; he’s got the ladder of the patriarchy to climb.

If the Duggars stayed true to their teaching, they told their girls that it may have been their fault because they may have caused Josh to be tempted. They told the girls that it will bring them closer to God, and that God will use it for good.

Can you imagine the damage? It is a way to help them accept it, without the family having to actually deal with it.

The desire for justice is a right desire, to see the brother receive counseling to help get to the core of it – for his own good as well as to protect from future occurrences: these are righteous desires. They are just desires. But the girls are steered away from those desires and into “sharing” – or taking – responsibility because that protects the patriarchy. That is the paramount thing here.

Immeasurable damage is caused by a system that is predisposed to suspect the victim instead of the perpetrator. The predominant voice in even the broader evangelical, Catholic, fundamentalist, (box) church is to protect the system. Pastors and priests and fathers (!) are deified, and those who challenge that paradigm in any way, including by pointing out their abuse.

I have no answer for this. I wish I did. We have a long way to go in bringing justice to this area, we’ve got a big paradigm to crack open. But rest assured, this thinking has nothing to do with God, or Jesus, or justice. It is about power and control, male power and control. Just as it’s always been.

This is a human problem. It impacts us all, but especially the oppressed and marginalized – women, mothers, our daughters, and those who have been deemed “less than” or “others.”

But there is hope. I see cracks in it. And I tell you this, I am committed to cracking this paradigm open. With the vitality and energy and wisdom my life has brought me to to this point, I will work to continue to pull it apart. It’s the least I can do.

Let us stand together, work together, with commitment, to crack this patriarchal system open. We might just do it. 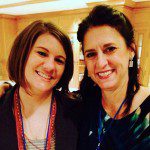 May 30, 2015 What Rachel Held Evans calls "Unstoppable Grace"
Recent Comments
0 | Leave a Comment
"Why do you not include I...Intersex youth in your concerns?"
Daniel Johnson How a Parent’s Journey Can Help ..."
"Excellently said. LOVE PERIOD. CHRIST'S LOVE.THANK YOU."
Bob Peacock How To Parent an LGBTQI (or ..."
"as an lgbtq+ person great article."
Brandon Roberts How a Parent’s Journey Can Help ..."
"25% of LGBTQ homeless youth become homeless the day they come out to Christian parents. ..."
ryu238 Religious Liberties Again?!? It’s Not Biblical!
Browse Our Archives
Related posts from FreedHearts