A Steady Rain of Sadness: My Thoughts on Charleston & the Confederate Flag

I’ve been a little overwhelmed by the Charleston murders. I’m sad for the families, yes, but to grieve someone you don’t know is tends to be conceptual. It’s not the intense grief of my mother’s death many years ago, or of my brothers—one of my brothers was randomly shot in the head at 17 years old by a gang member, so in that way I can relate. Those losses, of family members, were like an open fire hydrant of intense grief.

The tragic deaths of the Charleston families, whom I did not know, I experience more as a steady rain of sadness. I suspect that’s true of most of us. It’s part of the intermittent outbursts that pelt the landscape in an ongoing spate of shootings. Just when one tragedy dies down and we think we might venture out, we have another outburst, we wake up to another tragic event. We want to wonder if it will ever end, but in our deepest hearts, we fear even asking that question.

And the ground is already so saturated from this ongoing sadness that this burst runs off without penetrating. We wonder if we have any more sadness left to feel. We’re left with more of a generalized malaise, as the madness and sadness have already saturated our hearts, and we resign ourselves to just making it through our own daily lives.

Yesterday, however, the Charleston killings became bigger to me, more personal. My very dear friend Pam told me about going with her family to a drive-in movie. Before they left, her husband Arlyn gave her and their two beautiful kids what to do if there was a shooter. He told the children that they would grab their froggy pillows, put them over their heads, and get down as low in the floor of the car. He talked to Pam about what the two of them would do.

Pam said to me, “I was just thinking about getting popcorn and Skittles. And here we are planning to survive a shooter.”

I don’t blame Arlyn. He loves his family…every bit as much as I love mine…every bit as much as the Charleston survivors love theirs. This is personal to Arlyn and Pam because their family is black. They have faced this fear before in the wake of the many recent shootings of strong young men shot just because they are black. They have imagined the reality of the situation and they are looking for a different ending.

Now we’re talking about the confederate flag situation. I asked Pam what she thought about that whole thing. She wrote me this.

In college, a fellow college student said that flag represented the grit and determination of his great grandfather and was a symbol of pride for him. I listened to him because he was so passionate. My question back to him was “What do we do when a symbol means the total opposite for another group of people?”

This is still the issue today. I was walking the square in Georgetown with my daughter and mom last summer and a woman had a confederate flag purse, sticker on her car and a bandana on her neck. We immediately felt uncomfortable, and she was smiling ear to ear. Made me want to ask her what she thinks that represents, too. Is such a symbol worth polarizing a group of people? I don’t think so.

That’s the bottom line for me.

That’s the being kind, loving others, treating them how you want to be treated, that Jesus kept telling us to do. If his name even crosses our lips, then doing these few foundational things is the least we can do.

I’m proud of my ancestors as well, the Waldensians who fled their homes in their beloved French-Italian valleys to seek religious freedom. They will never leave my heart, and you may well have similar passion for your roots. But if the symbol of their dedication represented murderous oppression or another group who are still experiencing murderous oppression, I would have to look at that symbol in a whole new light.

I would be forced to admit that while I love my ancestors, they did some pretty awful things that I don’t want to perpetuate. At the very least, I would put that symbol away so it wouldn’t hurt others.

Isn’t that a simple way we can love others and lay down our lives for them? Isn’t that the very least we can do?

And we can educate ourselves. Learn what people feel and think who don’t look like you. Find out what this means to those to whom it is personal and make it personal to you, too.

What a wonderful way to love. 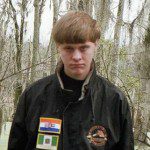 June 22, 2015
Charleston, Floods, & Global Warming are Because of Gays! Christians, Do These People Speak For You?
Next Post 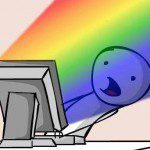