Charleston, Floods, & Global Warming are Because of Gays! Christians, Do These People Speak For You? 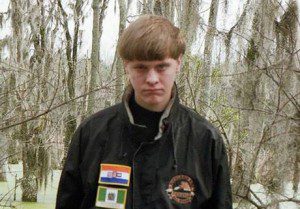 Sometimes I just don’t know what to say. Now, the unspeakably horrific church shooting in Charleston is being blamed on gays! And do you know who is doing it? EW Jackson – a black Christian preacher and FoxNews contributor! He is not only turning his back on Biblical truth and love, it is an absolute betrayal of the black community.

This joins the growing list of tragedies being blamed on “those homosexuals and their evil gay agenda.”

I have to ask…

Non-affirming Christians, do you REALLY believe this?  Do these people speak for you? If not, it’s time to stand up and say so!

The judgmental, condemning, lie-filled, hate-filled rhetoric from the anti-gay, non-affirming Christian community is ramping up.

Prominent non-affirming Christian leaders like EW Jackson, Pat Robertson, Franklin Graham and others have blamed everything from AIDS to the recent flooding to global warming – and now the racist Charleston murders – on gays.

They still refer to being gay as a disease even though every major medical and psychiatric organization has said it is not.

They misinterpret and twist a handful of Bible passages that do not even talk about same-sex loving relationships and use that false teaching to justify kicking their gay brothers and sisters out of homes, families and churches.

So I ask you again…

Do YOU agree? Do these people reflect your beliefs? Are you comfortable being aligned with them and having them speak for you?

And don’t just say, “Oh, but these are the extremists!” Don’t be blind! Their beliefs, their thinking IS indeed the predominant thinking in the non-affirming Christian church.

Susan recently wrote a post about Christians having an aversion to gays but not really knowing why. I understand this – it is how I used to feel. I spent more than two decades in the mainstream evangelical church and I knew the “stance” on homosexuality – but I didn’t really understand why. I knew what the recent translations of the Bible said when you just open the book and read the words – but I didn’t know that they meant something completely different.

What I did know was that I was never at ease in my heart or spirit about it. But I just went along with the crowd. It is one of the things in my life that I most deeply regret.  I should have asked questions. I should have spoken up.

I am writing today to challenge you.

There may be tremendous pressure in your church – maybe even in your home – to be anti-gay. But please, never be bullied into silence.

As Dr. Seuss so perfectly said, be who  you are and say what you feel, because those who mind don’t matter and those who matter don’t mind.

I promise, you know someone who is gay.

Someone close to you. As you read this, you probably know who I am talking about.  Is it your child?  Another family member? A friend? A friend’s child? Someone at church?

“In the end, we will remember not the words of our enemies, but the silence of our friends.” – Martin Luther King Jr.

I know how you feel. I know you are scared. I have been on this journey and I would be honored to help you on yours. I promise that this will lead you to an understanding of the truth, into a deeper relationship with God, and to a peace and freedom beyond anything you could imagine.

God does not ask you to choose between your compassion, your faith, and the Bible. Full, complete, acceptance of those who are LGBTQ is actually consistent with the truth of your faith, the heart of God, and the teachings of Jesus.

People can try to define and spin their unBiblical, unChristlike condemnation and rejection of gays, but it is absolutely indefensible.

Please ask yourself if these people speak for you.

Look into your heart and listen. 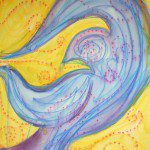 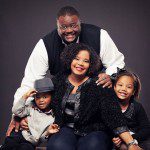 June 24, 2015 A Steady Rain of Sadness: My Thoughts on Charleston & the Confederate Flag
Recent Comments
0 | Leave a Comment
"" I’ve read the words of Jesus, and I cannot find anywhere that he asks ..."
C Nault Religious Liberties: It’s Not Biblical!
"There is a difference between reading the bible and reading about the bible. When you ..."
Bob Shiloh How the Duggar Sh*t Show Reveals ..."
"What your trying to sell here isn't Christianity. Try reading the rest of the Bible."
MISTER XRISTIDIS How the Duggar Sh*t Show Reveals ..."
"Hey, just though to ask how things are going in your life now. Hope it ..."
JD From A Mom… If You Were ..."
Browse Our Archives
Related posts from FreedHearts