Dear Susan: God Tells Us To Judge Each Other… Right? 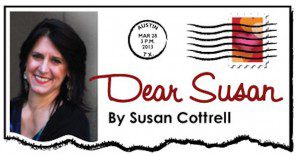 I write these on most Fridays. Sometimes they will be poignant, sometimes thought-provoking, sometimes tender, sometimes funny… but hopefully always worth the read.  🙂

With all love and respect I will be telling you this. You are portraying Jesus as a God of love. As a matter of fact He is, however that is only one side of the coin. He is also a righteous judge and on Judgement day He will judge the people not on their perception of what they think its best but on what’s written on the Word of God. And there are examples of correct from brother or sister to another. Coming to terms that we are in sin is a huge task and can only be achieved if we totally surrender to the will of God. What God calls sin, it is sin and therefore no man can alter. Doesn’t God tell us to judge each other?

I appreciate your heart here. You are right that it is difficult indeed to see our own blindspots. And indeed Jesus does invite us to speak into our brother and sister’s lives, but he includes the gigantic caveat that we must remove the great big log in our own eye before we can even begin to see clearly enough to consider helping remove the speck from someone else’s.

He is saying that we have our own lives to deal and we need to slow down, if not stop completely, in attempting such fine detailed work as speaking into someone else’s life.

I love how Jim Palmer interprets what Jesus said…   “If you’ve reached perfection on your journey, feel free to judge others. Otherwise, be quiet.”

Have you ever been outside a store with doorbuster sales on Black Friday? People have literally been trampled to death as shoppers pour in through the doors to get the doorbusters. To open the door to speaking into each others lives feels to me like opening the store on Black Friday: it is to invite a stampede of correction by people who have absolutely no business doing it, who are too eager to do it, who may think they are doing in love but, to one on the receiving end, it feels like hate, and by people who won’t take no for an answer.

Pointing out the possibility of someone being in a physically dangerous place is NOT the same as holding doggedly to a position that someone is in sin, and if they don’t change they will experience consequences – within the church and even eternally.

You summed up your idea by saying that this huge task of coming to term with our sin is achieved only if we totally surrender to the will of God. Well, if someone is resisting God, why would they listen to you or me? God knows how to reach them far better than we do, and if they are resisting God, then maybe we should let God be the one to reach them perfectly and wonderfully.

On the other hand, if they are not resisting God, but we are just sure they are, then we stand to be as wrong as Job’s friends who wouldn’t let it go, and instead of being a comfort to him, they became a menace.

If we tell someone their same-sex relationship is wrong, and God is not telling them that, then we stand to become a menace as well.

Sorting out the right or wrong is much more subject to error than simply loving unconditionally as we have been loved, and as we are called to do, and trusting God with the rest. 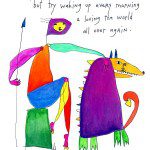 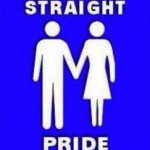