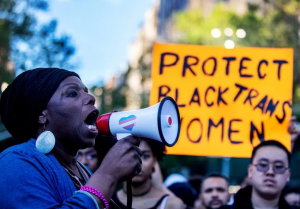 Higher rates of unemployment, homelessness and discrimination is suffered by transgender Americans compared to others in the LGBT community, and they face violence and racism, supporters say.

As part of #sharethemicnow we are honored to re-post this June 10th article by Bien Luigi  from The Urban Twist – unedited and in its entirety. You can read the original article here.

With at least a dozen trans people murdered this year in the United States, rights groups said on Monday that the U.S. protests over racial injustice should address the violence and discrimination faced by black transgender women.

Trans black women are overlooked and their cause should be included, as they are targeted for their race and gender identity, in the protests that have been waged since the death of George Floyd, a black man, in police custody, they said.

Higher rates of unemployment, homelessness and discrimination is suffered by transgender Americans compared to others in the LGBT community, and they face violence and racism, supporters say.

“I don’t think that anybody would say that there’s been enough attention focused on and around trans people and the state of violence they live in,” said Tori Cooper of the Human Rights Campaign (HRC), a U.S. LGBT advocacy group.

“I think it is a weakness of the ‘Black Lives Matter’ movement…. We only speak out when black men are being harmed or murdered,” Cooper told the Thomson Reuters Foundation.

The protests were sparked by a viral video showing Floyd, 46, being restrained on May 25 by a Minneapolis police officer pressing his knee on Floyd’s neck for nearly nine minutes.

His death has drawn renewed scrutiny to the killings of black Americans at the hands of police, including transgender man Tony McDade who was fatally shot in Florida last month.

While in the Minneapolis case Floyd was unarmed, police say McDade pointed a gun at an officer, and there has been a public call for the release of police body camera footage.

Last week, black transgender woman Iyanna Dior was beaten by a mob at a gas station in Minneapolis, and video of the attack has gone viral online with millions of viewers.

According to the HRC, at least 12 trans people have been murdered this year in the United States, and 26 were killed in2019.

“Violence does not just occur to black men and black women. It occurs to all black LGBT people,” said Mariah Moore of the U.S. rights group Transgender Law Center.

“We are the people that are not being heard in this movement.”

A fifth of U.S. trans people reported discrimination when seeking a home, and more than one in 10 say they have been evicted for being trans, according to the National Center for Transgender Equality.

Also, according to the U.S. Centers for Disease Control and Prevention, the rate of trans people who have been diagnosed with HIV is triple the national average.

Many U.S. organizations working on racial justice have seen a deluge of funding since the protests began, but resources for trans groups lag behind, organizers say.

Donations to an online fundraiser for homeless black transwomen in Atlanta surged to more than $1.8 million following Floyd’s killing, while a Minneapolis bail fund, which collects money to post bail for people who have been detained, raised more than $20 million.

About Bien Luigi
Bien Luigi from The Urban Twist You can read more about the author here.
Previous Post 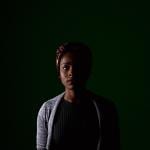 June 11, 2020
My White Friend Asked Me on Facebook to Explain White Privilege. I Decided to Be Honest
Next Post 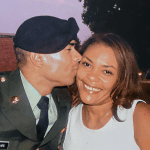 June 17, 2020 Serving in the Army as a Queer Black Man Opened My Eyes to Racism in America
Recent Comments
0 | Leave a Comment
"Certainly errant doctrine won't keep you out of heaven, except perhaps in the essentials. If ..."
Daniel G. Sinclair Apparently, I Won’t Be Going To ..."
"It was not very long ago that many whites were terrified of getting a transfusion ..."
Silverwolf13 7 Deadly Sins Parents Commit Against ..."
"Congratulations and blessings on making it through all of that negativity to become an apparently ..."
Silverwolf13 7 Deadly Sins Parents Commit Against ..."
"Amen to that."
Christian_Prophet Religious Liberties Again?!? It’s Not Biblical!
Browse Our Archives
Related posts from FreedHearts